Today we're talking about the tech hype who started a virtual gold rush. Crypto, crypto! There are people who thanks to cryptocurrencies Have made billions. There are people who have been in past crypto crashes have lost a lot of money. And crypto is no longer a nerdy tech topic. Everyone knows Bitcoin. Memes sell for thousands of dollars as works of art. Even Lindsay Lohan invests in Bitcoin and tweets about it. So it's time for a crypto video from us. After all, there are enough who ask: Am I missing something? Should I put my savings on the blockchain? And get rich? To answer these questions it helps understand the basic terms of the crypto hype.

That's why we're building our own crypto-coin today Step by step. (Driving music) All the crypto hype is based on one technology: the blockchain. Probably the most famous blockchain in the world is described in this nine-page paper from October 2008. Whereby, the blockchain itself is not really that well known, but rather the associated currency. Bitcoin! The paper was written by someone with the pseudonym Satoshi Nakamoto. To this day it is not known who is behind it and is the figurehead of the scene. Now some are sure to ask: Can't you somehow find out? Nakamoto has been investigated for years – unsuccessfully. But has anyone tried the obvious? and sent an email to the stored GMX address? (Drum music) (Loud clap of keys) (Quack) (Serene music ends abruptly.) Great, that would have been too easy The Bitcoin blockchain is just a blockchain. There are hundreds that get into their programming and application. Now to the all-important question: How does a blockchain even work? # Yes, this is crypto-coin Kathrin. # She's not that into Photoshop. # But she masters crypto like no other. # Crypto tokens are based on blockchain technology. # Photographic concatenation in a decentralized accounting system.

# She must have the black belt in crypto stuff. Simply explained: A blockchain is a database The blocks are the encrypted entries in the database. They are entered one after the other on a list. And that is the chain. This blockchain is not only stored in one place, but on many computers, that are connected to each other via the Internet. Now if someone were to illegally change an existing entry, then it would have to do that on more than half of the computers. That is hardly possible. What's in such an entry? All important information could be found here, when someone has transferred a crypto-coin to me. But there can also be other things a few lines of code or grandma's apple pie recipe. Such a block consists of many entries. When a block is full, the entries become generates a series of numbers: the hash. This will be at the end of the full block and written at the beginning of the next. Hence the principle is considered so safe. If an entry is changed afterwards, the hash changes, the blocks no longer fit together. To start our own crypto-coin …

Do we need a blockchain? – We could program one. That would probably take a lot of time and cost several 1,000 euros. Fortunately, it's easier: We take an existing blockchain. Just because? – Just because. (Loose music) In the past few years, in addition to the Bitcoin blockchain still others became known. One of them: the Ethereum blockchain. The currency of this blockchain is not Bitcoin, but Ether. With this crypto-coin you pay the fees, if you enter something on the chain. These charges are called the gas price. The operators get it. But how does it work? That explains you: # Crypto-Coin-Kathrin. Entries on the blockchain can be many things. This differs from chain to chain. We look at the Ethereum blockchain. This is considered very flexible because you can create your own tokens. You can determine what a token is exactly. For example your own crypto-coin. But how does it get onto the blockchain now? You can imagine it like this you digitally build a treasure chest for your tokens with code. You now have your chest with your tokens. And you enter that on the Ethereum blockchain.

Figuratively speaking: the chest would be one of many entries in this block. It's not free: you have to pay the gas price in ether. The tokens don't have to stay in the chest, you can also transfer them to someone. This will include all information about the transaction stored on the blockchain. So you pay ether for it to create an entry on the blockchain, who says: A new coin has been created here. A lot of people did that. Such token-based cryptocurrencies have only on the Ethereum blockchain a speculation volume of over $ 100 billion. So we wouldn't be the only ones with our own crypto-coin. So, let's go! The first thing we need to do is make sure that only we have access to our crypto-coins. For that we need a wallet. It's like a bunch of keys so that we can use our treasure chest. You can do this with the browser add-on MetaMask. Here we create an account and secure it. So that nobody steals our virtual treasure. We have to think of four things: What will our coin be called? What abbreviation does it get? How many should there be? Are there any decimal places? Can you own half a coin? You can imagine how hard it was think of a suitable name for us. 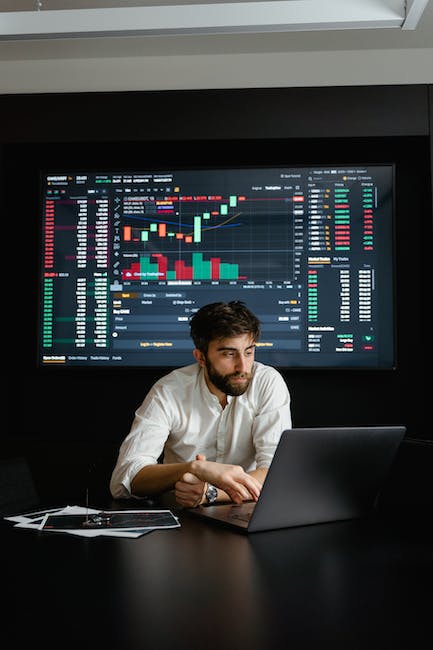 (Message is read out.) Now we adjust the variables. Name: So Many Coins. Symbol: SMC. No decimal places, we only trade whole SMCs. And number: five. One for each of us. We put one back maybe Bitcoin founder Nakamoto will get in touch. We have selected a suitable blockchain, the charter of incorporation written, so we are still missing the entry on the blockchain. (Warbling music) Now we have to have our smart contract enter it on the blockchain. First, let's test and see if this smart contract works or whether there are bugs in it. – There are bugs everywhere. That's why there is on the Ethereum blockchain Test networks to try everything out first. At MetaMask, we select a test network and see that we still have zero ethers.

That is definitely not enough. We need ether because we have to pay the blockchain operators inside, to put our smart contract on the blockchain. Because this is just a test, we don't need real ether there is play money. To do this, you have to post your wallet address on Twitter or Facebook. This prevents spots from flooding the test blockchain. New Twitter profile created, address posted, link copied and inserted, the blockchain knows: you are not a bot. You already have three ethers in your wallet. Now you load your smart contract into a program, that it uploads to the blockchain. Then you can see the entry on the blockchain, which says that your smart contract has been published. With MetaMask you can check your coins. Because we have the wallet addresses of all "So Many Tabs" creators, everyone gets a test coin. This works the same way in the main network of the Ethereum blockchain, but costs real ether. We could still have our coin verified and write to crypto-coin marketplaces to trade. But we don't do that.

We don't want to make any money with our coin. (Warbling music) Let's summarize: There is now a smart contract on the Ethereum blockchain, the charter of "So Many Coins". It stipulates that there are five coins. Then there are transaction entries, that the four of us got a coin each. You probably think: Great, you have your own crypto-coin! What does that actually bring you? Nothing yet. Let's say you could buy something for it for example a crypto work of art that costs exactly one of our coins. Maybe something will come soon. Subscribe to us and our colleagues from "Pocket Money". This 20 euro note is just a piece of printed paper. But because we agreed that it is worth 20 euros, we can buy something with it.

Even if we don't get rich with "So Many Coin" … It remains as a collector: inside item Permanently written on the Ethereum blockchain. Do you have cryptocurrency, for example Bitcoin or Monero? How much would you pay for the fifth so-many coin? Write it in the comment! (She sings dreamily.) (Embarrassed throat clearing) Here you come to the new channel "Terra Xplore".

Jasmina is a biologist and looks at topics from everyday life, like whether computers can read minds. Stop by and leave us greetings. Speaking of computers and mind reading: Do you already know the video from Kathrin and me on the subject of AI? We hope you enjoyed our crypto introduction. If you've made it this far annotated with a cat emoji. We answer. And that's as secure as the blockchain!.