When the first cryptocurrency ever, bitcoin,
appeared nobody knew how huge it'll become. I mean, the first bitcoin purchase was 2 pizzas! However, right now bitcoin is far from being
on top. So what happened? Let me take you back to the beginning. 2007. Japan. The mysterious man named Satoshi Nakamoto
starts working on his new bold idea – a concept of bitcoin. In August of the next year three men file
an application for an encryption pattent application. Surprisingly, all of them say that they have
no idea who Nakamoto is which starts the rumour that it might be just a pseudonym for a whole
group of people. Then on August, 18, 2008 Bitcoin.org was anonymously
registered. Just 2 months later Nakamoto published a white
paper called Bitcoin – A Peer to Peer Electronic Cash System, explaining the whole idea behind
the bitcoin. However, the system officially started to
work only in 2009 when the creators mined the first ever bitcoin block called Genesis
Block. Naturally, Nakamoto made the first bitcoin
transaction, sending 10 bitcoins to a computer developer. In October 2009 bitcoin exchange rate was
finally revealed – 1 dollar equalled 1.309 bitcoins.

Now it was time for bitcoin transactions and
the first one was made in May of 2010. A programmer from Florida sent 10,000 bitcoins
(which was about 25 dollars) to buy two pizzas. If he only knew that a couple of years later
these bitcoins will worth around 39 million dollars… That's a lifetime supply of pizza right there! By the beginning of 2011 1 bitcoin was worth
1 dollar. With all the buzz around it 4 months later
it was already 31 dollars against 1 bitcoin. However, it didn't last that long – just
4 days after this peak the value of bitcoin decreased back to 10 dollars, thanks to security
issues. Still, this didn't stop bitcoin from conquering
the world – with more services accepting bitcoins and new apps coming, in April of
2013 it hit the new height of 266 dollars. A couple of hiccups here and there and in
November of the same year 1 bitcoin went up to 1.242 dollars! Two thousand seventeen was a golden year for
bitcoin – in summer its price increased to 3.000 dollars, in September it got to 5.000
dollars and by the beginning of 2018 it beat all the records going all the way up to mind-blowing
13.000 dollars! But on this note everything went downhill…

If you think that your 2018 sucked, bitcoin
can definitely compete with your story. Everything was against it – China ramped
up their cryptocurrency sanctions, while Facebook, Twitter, and Google decided to ban cryptocurrency
ads. As a result, bitcoin plummetted back to 3.000
dollars. These days the situation is a bit better,
though – you can get 1 bitcoin for roughly 3.958 dollars. Still, why the most popular cryptocurrency
in the world suddenly started to collapse? Well, there are a couple of factors that contributed
to it. Bitcoins depend on a system of miners that
verify all the bitcoin transactions. However, these miners get their own dose of
bitcoins for their service as well and these expenses are getting bigger every day.

This process hurts not only bitcoin but some
miners too – they generate less profit and close. And this circle seems to be never-ending! Some countries aren't fans of cryptocurrency
as well, including the US. In 2018 the US Securities and Exchange Commission
made it clear that the operators of 2 initial coin offerings must pay fines and restitution. The main reason behind it is that they basically
broke the law by selling unlicensed securities. And, as you can probably guess, this situation
doesn't make investors more excited about buying bitcoin too. Analysts also have another theory for bitcoin
fall – the division within the cryptocurrency community. Unfortunately, bitcoin can process only a
certain number of transactions per second and not everybody is happy about it. In 2017 a faction of the cryptocurrency community
developed Bitcoin Cash, an alternative version of bitcoin. And, naturally, numerous investors chose Bitcoin
Cash which allows them to make transactions way faster and improve their work.

It got so popular that today 1 bitcoin cash
values around 158 dollars. Just imagine how many investors original bitcoin
lost! So yeah, there are tons of theories on why
bitcoin keeps on falling but no definite answers. And it's not surprising – that's just the
nature of bitcoin! It's far from being stable now, so you basically
buy a lottery ticket when you decide to invest in it. But it still survived all the other turbulent
times in the past, right? Of course, with gradual fall of bitcoin other
cryptocurrencies started to become more and more popular. Today anyone who wants to get into cryptocurrency
has tons of options to choose from, for example… NEO NEO was originally called AntShares and developed
in 2014 by Da Hongfrei. This is the largest cryptocurrency coming
from China which got people talking a lot, since China doesn't approve the whole idea
of the cryptocurrency market. NEO reached its all-time peak back in 2017
when it valued about 162 dollars. Today, however, it equals only a little bit
over 9 dollars for one token. Monero Monero is an open-source cryptocurrency that
first came to market in 2014. 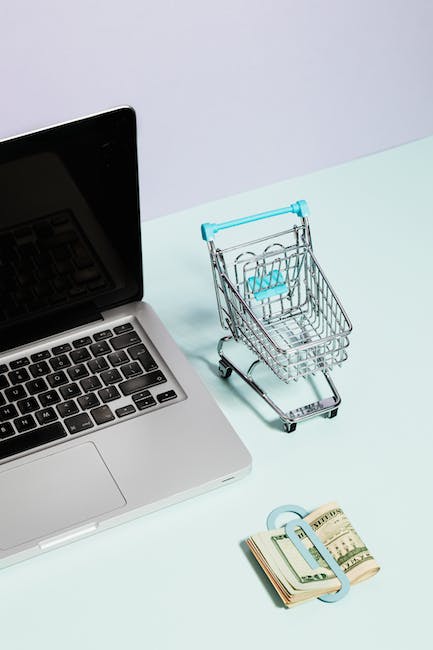 It's highly private, safe, and leaves no trace
whatsoever. And that's why it has so many dedicated fans
that donate their money for its further development! However, there is a dark side to this cryptocurrency
as well, as its exceptional security measures allow buyers to use it for bad purposes. Developers try to make the situation better,
though, and nowadays 1 monero equals a little bit over 54 dollars. Litecoin Litecoin was created back in 2011 by a former
Google engineer Charlie Lee. It's one of the first cryptocurrencies launched
and is even called a “silver to bitcoin's gold!” In some ways litecoin is way better, though
– it's based on a open source global payment network and has a way faster block generation
rate and transaction confirmation.

Right now 1 litecoin is worth almost 59 dollars
and developers continue to do everything they can to make it even more popular and accepted. Dash Dash or as it often called darkcoin was developed
in 2014 by Evan Duffield. It's basically a more private version of popular
bitcoin. When you use dash, your transactions are almost
impossible to trace, so you don't have to worry about your anonymity! And this factor attracts numerous users who
choose this cryptocurrency all around the world.

At the moment the value of dash is around
90 dollars, though. Ethereum Ethereum is a whole platform run on its own
unique token called ether. The pre-sales for ethers were launched in
2014 and the platform itself started working in 2015. According to the platform descrition, you
can use ether to trade, secure, and codify almost anything! In 2016 Ethereum split into Ethereum and Ethereum
Classic. Now everyone who's interested in this platform
can get 1 ether for roughly 137 dollars. But even with all these different cryptocurrencies
around, the market is still not that stable. So can cryptocurrency actually survive the
crisis and become the basis of our future economy? Nobody knows for sure. Bitcoin advocates say that the number of things
you can buy with cryptocurrency grows faster and faster. Of course, it's still not enough to become
widely common but then again the small supply and uneven distribution of cryptocurrency
shows that right now this is a thing for a small group of interested people. Government regulations of cryptocurrency are
also very important. The more countries accept it, the more comfortable
cryptocurrency investors feel! And here everything seems to go pretty smoothly,
as more and more countries start looking into it.

However, one thing still remains a huge concern
– security. Even though some cryptocurrencies, like Monero,
have high security standards, others can be pretty vulnerable against any type of cyber
attacks. Bitcoin, for instance, was already hacked
a couple of times, making investors think that its unsafe. Obviously, all these times were followed by
the serious decrease of its value. So security is certainly one of the main problems
cryptocurrency market has to solve to help bitcoin on its way to rule the world. So as you can see yourself the future of cryptocurrency
market seems to be pretty vague.

There are a couple of predictions, though. Some specialists say that bitcoins can lay
a great basis for countries with weak national currency, especially considering the fact
that nobody has direct control over their price. Others are sure that cryptocurrency is gonna
fail because of its instability. But some people still believe in the happy
future for bitcoin, for example, Tim Draper, billionaire investor, who gave a bold prediction
that one bitcoin will achieve the value of 250.000 dollars by 2022. I guess we'll see! And what do you think about cryptocurrency: is
it the future or just a passing trend? Sound off in the comments below. Don't forget to give this video a “like,”
share it with your friends, and click “subscribe.” Stay on the Bright Side!.