Home USD Coin What Happens If The U.S. Can’t Pay Its Debt?

The recent debt ceiling standoff
gave a glimpse into just how catastrophic a federal default
would be for the US economy After weeks of stalemate and
more than 24 hours of delay, the Senate finally voted last night
to raise the debt limit and averted potentially catastrophic
default. This would surely be on the
order of the 2008 financial crisis, and possibly worse, but this isn't the first impasse
the federal government has had over the debt limit. In fact,
the US has faced very similar crises in the past, most notably
in 1995, 2011 and in 2013. The stakes are higher than ever, as
the ceiling approaches closer to $30 trillion for the first time
in history. We're essentially throwing a
gigantic Molotov cocktail into our own house. And it's the only
house that we live in.

A bipartisan agreement to raise
the debt ceiling is the easiest way to end the crisis. But there
are other solutions to breaking the standoff, including a $1
trillion coin that has gained more traction in recent years. A trillion dollar platinum coin?
What is that it sounds like the setup to a heist movie, not
something that the United States Treasury Department ought to be
doing. It's really a gimmick. And
what's necessary is for Congress to show that the world can count
on America paying its debts. This is a silly solution to a
silly problem. But as Joe Weisenthal and Paul Krugman and
a number of other folks are talking about, this is actually
a serious solution that we should take seriously because it
can help us to essentially avoid the political football that is
being played with the debt ceiling. So what exactly would happen if
the US government fails to raise the debt ceiling and can a $1
trillion coin really put a stop to the crisis? As of October
2021, the US government is sitting in more than $28
trillion of national debt.

This amount is accrued when the US
government spends more money than it makes from taxation. For
instance, in 2020, the federal government reported a revenue of
$3.4 trillion, but spent over $6.5 trillion in the same year.
To cover the cost, the government borrows money from
individual investors in various financial organizations in the
form of bonds. Let's say a person buys $1,000
bond, they get a piece of paper in return for $1,000. And then
what the federal government promises to do is pay a certain
amount of interest on that periodically, and then after
certain amount of time, repay the $1,000. And so what the
person gets in return for that piece of paper is these interest
payments, and then eventually, their full principal back. The debt ceiling refers to the
maximum amount of money the US Treasury can borrow in the form
of bond sales.

Over the years, the debt ceiling has seen an
exponential increase as the national debt continues to
climb. In 1993, the national debt limit set at $4.37
trillion, or over $8 trillion, when adjusted for inflation. By
October 7, 2021, the US Senate would approve a bill to
temporarily increase that limit to about $28.8 trillion. What used to happen was that
Congress would have to attach an authorization to every single
bill that required some amount of borrowing or taxing or
spending. And as you can imagine, that was super
annoying. Sometimes Congress would overestimate the amount of
money that a particular bill would need, sometimes they would
underestimate it. But by creating this quote unquote,
debt ceiling, this broad authority for Treasury to borrow
actually it's simplified the whole process. Once decisions are made, we have
to pay the bills that come from those decisions. And so to place
an arbitrary ceiling on our debt and to create periodic crises,
manufactured crises that really placed our economy and our
financial system at risk, especially now that we're
recovering from the pandemic in a fragile way. I consider this
irresponsible.

If the government fails to
extend the debt ceiling whenever it is needed, the Treasury will
no longer be able to raise the funds to pay its obligations.
This results in what's known as a default, which could leave
severe consequences on the economy. There's no question it would be
terrible. A lot of the global financial system depends on
treating US Treasuries as basically without risk and if
the United States does not make good on its commitments on time,
that premise is called into question. The consequences could
be quite dire. We would no doubt see, the stock
market would react the bond market would react. If it went
on for more than a day and bond market started to get the
impression that indeed the US government was not actually
going to make its interest payments on time, it would
surely be catastrophic.

Even the simple threat of a
default is enough to leave dire consequences. A similar standoff
in 2011 led to significant market volatility as well as a
downgrade of the country's credit rating. One worry here is that even if
we do not default that maybe we call into question the perfect
risk free status that we traditionally enjoy, and maybe
cause financial institutions and others to think about us in ways
that are slightly more risky than they have thought about us
before. The easiest solution to any debt
ceiling crisis is a bipartisan agreement. Both the Democrats
and the Republicans realize the threat of a default on the US
economy and agree to raise the debt ceiling as they have done
for decades.

But that isn't the only solution. The debt limit
can also be raised by a process known as budget reconciliation.
Created in 1974, this process can expedite the passage of
certain tax spending and debt limit legislation. What would
otherwise require a 60 vote majority in the Senate to pass
would only require 51 votes or 50 votes plus the vice president
as the tiebreaker. It sounds simple enough. But whether it's
realistic is another story. It is not a solution that the
current administration and Congress at present appears to
want to have to use.

It's procedurally very complicated.
There are some folks that believe that maybe it's just too
difficult to actually implement. The reason they're hesitant to
do that, it seems is that it forces them to specify a dollar
amount raised to the debt limit. In the last decade, we've moved
to suspending the debt limit for certain periods of time. And I
think congressmen like that better, because it doesn't give
their political opponents a number to stick into a political
act. If Democrats move through reconciliation, they'll have to
stick a number into that law. And that number is likely to be
over $30 trillion now, and so they're worried about the way
that that looks, and the way voters will judge them for that. 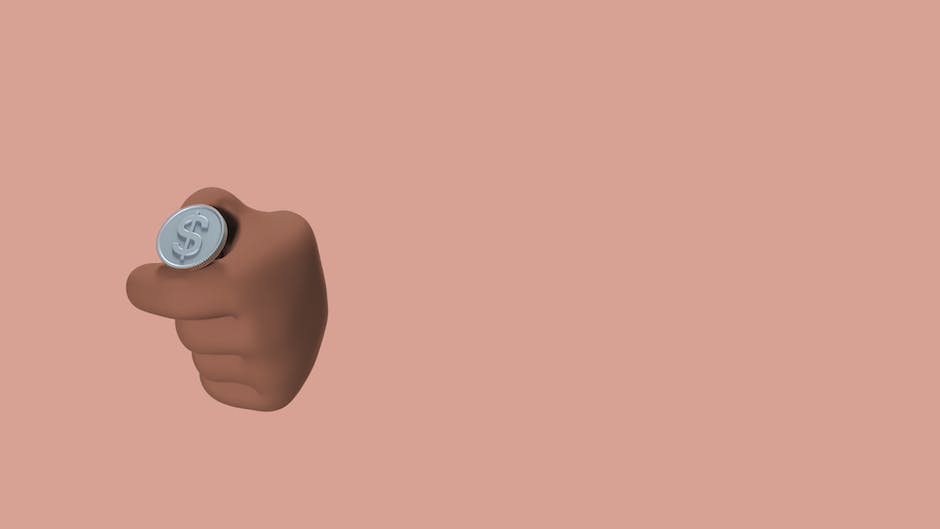 The remaining solutions get a
bit more radical. The president can potentially use the 14th
amendment to increase the debt ceiling by themselves. It states
the validity of the public debt of the United States authorized
by law shall not be questioned. The debt limit is specified by
statute. So there's no question that the President could change
statutory language on his own just by citing the 14th
Amendment of the Constitution. That would totally up end our
whole constitutional order. That's not realistic. Congress has made it really
clear through their actions over the past years, that they
consider it in their purview to raise the debt ceiling. That in
and of itself suggests that if the President were to say no,
no, no, it's under my purview to raise the debt ceiling, you
create a crisis about powers in the executive branch versus
powers in Congress.

Then there is the idea of
minting a trillion dollar coin, which was first discussed during
a similar crisis in 2011. Generally, the Federal Reserve
determines when and how much money the Treasury Department
can print. But some scholars identified a law in 1997, that
allows the treasury secretary to mint and issue platinum coins in
whatever denomination and quantity. The US Treasury has an account,
like almost like a checking account at the Federal Reserve
that might surprise you.

But like, literally, you can go to
the Federal Reserve's financial statement, and see how much the
US Treasury has deposited at the Federal Reserve and can
actually, in a sense, write checks on that account. So US
Treasury could mint its trillion dollar platinum coin and deposit
it at the Federal Reserve. And then the US Treasury would
effectively have a checking account with an extra trillion
dollars in it that they can then use to pay their obligations. Whether it will actually be
effective depends on who it is you ask. A trillion dollar platinum coin,
what is that it sounds like the setup to a heist movie, not
something that the United States Treasury Department ought to be
doing. And I think the fact that it strikes people as so
outlandish, is not just a small little flaw. It's a real
problem, because the Treasury Department depends on confidence
of global investors and of the American people. And if it seems
to be playing strange games, it could seriously erode that
confidence. It's a way to get round
political gridlock. It's not a way to run a country.

It is not
a way to run the kind of sophisticated financial system
that we have today. This is not a way to assure the governments
of the world and the world economy that we are in fact as
risk free as we are supposed to be. This is not the way to do
it. But in the absence of other solutions. It's certainly a
plausible way forward. As frightening as default
sounds, experts reassure that it's quite unlikely to happen
anytime soon. I would suggest and argue and
hope that default is unlikely, that the debt ceiling is being
used as a kind of naked political leverage technique
without necessarily having any conditions attached to it. That
being said, there is still hope that our political leaders will
do what is right and stave off a default as needs be and have a
serious conversation about taxing and spending, then what
this panic about a debt ceiling would allow.

Perhaps the bigger issue is that
even if the current crisis were to be averted, the US still
faces numerous fiscal deadlines that need to be addressed before
the end of 2021. We have to think about
incredibly important legislative items. But all of that is going
to have to be done in the shadow of the debt ceiling. And as far
as political decision making is concerned, I'm not sure that's a
very optimal way for congressional leaders and
Congressional lawmakers to have to think about the rulemaking in
front of them.

That task is hard enough already without having to
strategize about what they do in December come the debt ceiling.
I think as far as the agenda is concerned, it's gonna make
things extremely difficult, much harder than they already are,
which is hard already. If the recurring debate over the
debt ceiling has proven anything, it's that despite
numerous shutdowns and standoffs, Congress's fiscal
drama is likely to continue for years to come.

I'm not naive enough to think
that all policymakers need to do is get in the room and hash it
out and surely they can make good policy. These are deep
seated disagreements that we have. And it's not just
policymakers who have those disagreements, they're
representing us, we have these disagreements. And so yes, I
wish we were debating and getting to compromise on these
really important issues around fiscal policy and what kind of
federal government we want, rather than spinning our wheels
on this pointless debate about the debt ceiling.