– Have you heard the gossip on Hashgraph? Welcome back to New York City. (upbeat music) Commentary from the SEC. (upbeat music) Industry viewpoints on Hashgraph. (upbeat music) Some other news and a big
update at the end of this video. So, with all that said, queue the music. What is he talking about and who am I? That's a secret you obviously know. You know you like me Hashgraph, Hashgraph. Hello, everyone. It's the Gossip Guy here. And we're back again for
another weekly gossip in the world powered by Hashgraph. But, before we dive into this episode I wanted to take the
opportunity to remind you of the Gossip Groups Discord server that myself and some other members of the Hashgraph community
recently announced last week. The goal of this Discord
sever is to provide another resource to the
growing Hashgraph community in order to openly discuss or 'gossip' about Hashgraph and its growing ecosystem. Ultimately, we're trying to strengthen the Hashgraph community by
developing a chat server around the Gossip Guy's content.

So, I hope you can join
us in our community. Okay, with that out of the way. Kicking things off we go
outside of the world powered by Hashgraph, but potentially has a impact on cryptocurrencies and distributed ledger technologies overall. Probably one of the
biggest news headlines from this past week was the recent commentary in respects to whether or
not Ethereum represents a security that was
made by William Hinman, the Director of the Division
of Corporate Finance at the United States Securities
and Exchange Commission at the Yahoo All Markets conference. To quote Director Hinman, "Based on my understanding of
the present state of Ether, "the Ethereum network and
its decentralized structure, "current offers and sales of Ether "are not securities transactions." Well, this looks to be good news and it was delivered against the backdrop of questions amongst the
cryptocurrency community as to how the U.S.

Federal securities laws apply to digital assets and specifically, whether crypto assets
constitute securities subjected to registration and disclosure requirements under U.S. securities laws. As part of his speech, Director Hinman expressly noted that virtual currencies such as Bitcoin and
Ethereum are not securities due to the underlying
software platforms being sufficiently decentralized
and sufficiently functional. This represents the first time that a high-ranking SEC official has publicly indicated that virtual
currencies other than Bitcoin do not constitute a security. However, one key point
that stood out to me from Director Hinman's
speech was the framework that the SEC considers when assessing whether a digital asset is offered as a investment contract
and thus, a security.

This includes the role that a
third party whether a person, entity or group, plays in driving expectations of an investment return. And whether the economic substance of the transaction indicates that the digital asset truly functions more like a consumer item and
less like a security. While it should be qualified
that Director Hinman's speech represented his
personal viewpoints only, and not those of the commissions
and staff of the SEC, the views help provide some
regulatory clarification and generally represents positive momentum for crypto currencies and
digital assets overall in the eyes of the regulatory bodies.

So, you're probably asking yourself, "Gossip Guy, what does this
mean to Hedera Hashgraph?" Well, I wouldn't go out
there celebrating just yet. Although Director Hinman's statements, while instructive, didn't represent a final ruling from the SEC, as many from the crypto community have commented. We'll have to wait till
formal guidance rules and laws are made before we know the SEC's true position as to whether crypto currencies represent securities. As many of us know, this can take up to several months and possibly, years before something
is officially announced. So for all of us in
the community we really don't know exactly how
the SEC is going to view a utility token offering
such as Hedera Hashgraph. With all this said, we'll likely see the Hedera Hashgraph team continuing to pursue the token offering approach that they have previously laid out. Basically, the
institutional investors sale followed by an accredited investors sale, but with no retail investor crowd sale.

Yet, as it's been noted before, there may be opportunities
for the community to receive tokens as part of
testing of the network overall. However, all of this
surrounding Hedera Hashgraph's token offering could all
change if the SEC comes out with more firm guidance
by the end of this year. For now, we'll have to stay
posted for further developments. Moving on, also featured this week was some additional coverage and commentary from crypto market data firm, Brave New Coin and crypto VC fund, DNA. Both articles provided a general overview of the Hedera Hashgraph
platform and some of its associated attributes
such as the governance model, open review of the source code and other aspects of the development of the Hedera Hashgraph consensus algorithm. Some items that stood out to me were in the Brave New Coin
article, there was coverage over the Hedera Hashgraph ICO process, but also made a mention
of the potential ICOs coming from some of the projects announced within the Hashgraph ecosystem. The article also provided some commentary over the distributed
versus decentralized nature of the platform and
compared Hedera Hashgraph potentially to the R3 Corda blockchain. 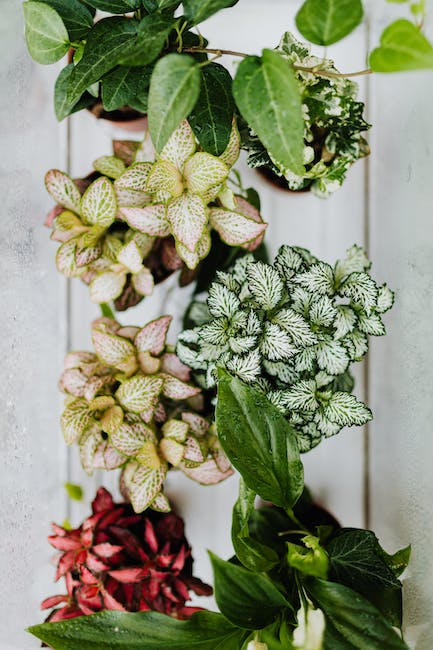 For those that don't know,
R3 is a distributed ledger being developed for the benefit
of financial services firms. The article also wraps up by providing some final comparisons
to the EOS platform which recently went live with our
main net earlier this week. As for the DNA article,
it primarily focuses around some commentary
provided by co-founders Mance Harmon and Dr. Leemon Baird, that reinforce the perceived
benefits of their invention. We also note that DNA is an investor in a Hedera Hashgraph based on the commentary that Hedera Hashgraph is one
of their portfolio companies. So, as I mentioned before, these were some pretty interesting
articles so I definitely recommend that you take
a read and I've also left links to them in the
description down below.

And before we wrap up here I wanted to quickly go over some other developments that I came across this past week. This includes an announcement for another project announcing their plans to join the Hedera Hashgraph ecosystem. Now, unfortunately there hasn't been any formal details released
regarding this project. However, the gossip is that the project has something to do with a real estate funding platform being
built on Hedera Hashgraph. Next a video circulated from the community in New Zealand of Hashgraph
running on Raspberry Pi. This was less than a 30 second long video. However, the key point
is that someone was able to run the current version of the SDK on a device such as
Raspberry Pi demonstrating that Hashgraph can be run
on a lower capacity CPU.

Next and once again, CEO
and co-founder Mance Harmon, was featured in another interview, this time with popular podcaster, Jay Kim. For the most part this
interview covered some of the topics that many
of us have heard before. However, towards the end of the interview, Mance commented that one
of the projects announced within the Hedera Hashgraph
ecosystem is close to completing their application
within the test net. And lastly, the Hedera Hashgraph team was also busy publishing
their own video content which included a video from last month's Crypto Invest conference covering women in blockchain and featured Simi from the Developer Advocacy team. Also, there was a video
from Dr.

Leemon Baird providing the overview of the evolution of distributed ledger technologies. You should check out these videos and everything else we've covered in this video when you get the chance. So that's it, that's all the gossip that I have for you this week. But before we wrap up this episode and probably some of the biggest news coming from the Hedera Hashgraph team was the announcement of the
Hedera 18 Developer Conference.

This will take place on
October 15th through the 17th and will also include a
distributed hackathon. Now we've been hearing about
this Developer Conference over the past couple of
months so it's very nice to see that this has been
formally put together. If you're interested make
sure you're registered and we'll also plan on
providing some further coverage on this in next week's episode. And wrapping up here, as a quick update, we're pushing close to
a thousand subscribers.

So if you haven't done so already, be sure to subscribe and
also turn on notifications in order to stay posted on further news and developments coming from
the Hashgraph ecosystem. Also, as I mentioned at
the top of this episode, be sure to join us on the
Gossip Groups Discord server in order to continue our
discussions about Hashgraph. With all this said, this is
the Gossip Guy signing out. Thanks for watching..

Hedera Hashgraph will reach $ 5 by this date! 🚀🚀

One Secret Leemon Baird Kept From Everyone! | Hedera Hashgraph HBAR

[HOW TO] Exchange Hedera Hashgraph on SwapSpace.co | 300+ Coins, No Signups, No Hidden Fees