Hi guys. Today from Konstanz at the lake Boden. Today we will talk about what happens when mining Bitcoin becomes unprofitable. [Music] What happens when mining Bitcoin becomes unprofitable? For a long time till now, for the last 10 years more and more people got into Bitcoin mining. Why? Because it's such a good business. It's just extremely profitable or it used to be extremely profitable in the past to mine Bitcoin. What does it mean? It means that the amount of money you need to spend on mining 1 Bitcoin was always much less than the price of 1 Bitcoin. The amount of money spent is, of course, your investment in hardware and the investment and the cost of energy. But the more people get into Bitcoin, the less Bitcoin you get for your investment. Why is it like that? Because the number of Bitcoins available every 10 minutes is constant. It's 12.5 Bitcoin right now. Every 4 years it changes and it even lowers but right now it's 12.5 Bitcoins available for distribution for the miners every 10 minutes. And the more people mine, the more computing power is commited to mining Bitcoin, the less Bitcoins you mine per computing power units, so to say.

In the Bitcoin protocol it is resolved by so called difficulty. So, the more people mine, the more computing power is available for mining, the algorithm adjust the mining difficulty. Meaning it is actually more and more difficult to mine 1 Bitcoin. Or to get the solution for a block which is then worth 12.5 Bitcoin. And the more difficult it is, the more hardware you need to invest into that and the more energy you need to spend. Of course, there is and increase in energy effectivity, increase in computing power, in the cost of the computing power. But nevertheless it doesn't catch up with the growth of the computing power worldwide dedicated to mining. So, this is one trend, meaning the cost of mining 1 Bitcoin rises. And there is another trend / another force which decides about this industry. This is the price of Bitcoin. Difficulty grows but until now the cost of mining Bitcoin was never higher than the price of Bitcoin. Meaning it was always profitable to mine Bitcoin. But in a bear market like we have right now when the price of Bitcoin falls down…

These 2 curves can actually cross and then what happens, if Bitcoin mining becomes unprofitable? What will happen then? Let's start with the worst case scenario. Worst-case scenario is the blockchain will stop. Why? Because if people mine because it's profitable, of course they will stop mining. Because if the price of Bitcoin is lower than your costs… That the money you spend on energy, on electricity to mine that Bitcoin, it doesn't make sense then anymore to mine a Bitcoin.

Why to do anything just to lose money? It doesn't make sense. So, the simple logic tells us everybody would stop mining Bitcoin and in that moment the blockchain would stop. No other, no next block would be produced. Because in order to produce that block a huge amount of money is needed. Right now, I guess, it's around $5000 to mine Bitcoin. And there there are 12.5 Bitcoins per block, so it's over $60,000. The cost of mining one block is $60,000. So, why would you invest so much money in order to mine a block to lose money.

It doesn't make sense. And what happens then? If the blockchain stops? When nobody mines the block to the end in order to transact? You are not able to transact with Bitcoin. You're not able to move Bitcoin from one account to another, to pay with Bitcoin. Bitcoin stops being usable at all. It's completely worthless. So, in that situation Bitcoin's value immediately falls to nearly 0, probably 0. Of course, you can still transact off-chain meaning you can transact on exchanges, you can sell and buy, but you don't really move Bitcoin between accounts Meaning that would probably lead to Bitcoin price going towards zero.

Meaning maybe the one group of people would stop mining it, but the others are still profitable. Maybe they see their adventage to catch a bigger piece of the cake, of the market; to mine more Bitcoin because there is less competition. And every 14 days there is so called epoch where the difficulty lowers. And in these 14 days they are still profitable… Maybe they can invest, they can build up the operation, invest more in a more mining and they still can operate with profit when the others can't.

And what happens, if let's say 20-30% of people stop mining? Bitcoin blockchain slows down. Usually every block comes every 10 minutes. If it slows down, maybe every block will come in every 12-15 minutes. And then, after 14 days, when the new epoch begins, it will adjust – the difficulty falls lower. So it starts to become profitable for some people or more people than it was before. So, it is like a self-regulating mechanism and on the other hand what happens if really, Bitcoin price falls to near zero? Let's say, right now we have Bitcoin price like $7,000 and it falls to $100. 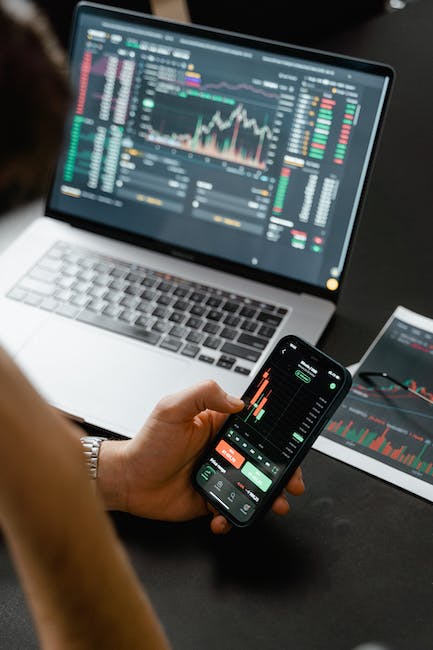 What happens then? For most people it won't be profitable. Probably for all people, even for those who have energy for near zero. Because they still had to invest into hardware and the hardware has the depreciation cost. Meaning you need to pay for it and you can use it for several years; meaning you had to invest to buy itand then you can use it for several years. So, the purchasing cost you have to divide into these years and this is your cost generally. But what happens if really suddenly a Bitcoin price falls to let's say $100? From $7000? Well, guess what? They are some huge mining companies who invested hundreds of millions of dollars. Maybe even billions of dollars into Bitcoin mines. They have invested so much money in order to mine this Bitcoin. Of course, they are not interesed in losing that investment. They are interested in Bitcion still being profitable or at least in recouping their investment into hardware. So what would they do? If you have invested billions / hundreds of millions into hardware, you would subsidize your mining.

Because you don't want your hardware to become worthless; to become useless in economy that doesn't need Bitcoin anymore. So, they would subsidize mining and they would invest money and mine with loss in order waiting for the difficulty to adjust / go down. And it can't go down by the factor of 4 within 14 days. So, in this case we took a worst case scenario. Bitcoin falls to near zero – from $7000 to near $0 and it is in the beginning of an epoch. Directly after difficulty change. So, a group of miners that all of them invested so much into their mines… they would probably get together say "Okay, we will be mining but of course with only 1/4 of the difficulty. So, there will never be more than 25% of the mining power that we had before Meaning the Bitcoin blocks would take instead of 10 minutes probably 40 minutes but after 14 days the difficulty would reduced by the factor of 4.

And in that 14 days, if you compute it together… we have 2016 blocks in an epoch. 2016 is 6 blocks an hour, 24 hours a day, and then you have 14 days. If you multiply that, you will have 2016 blocks and you have 12.5 Bitcoin so multiply this with 12.5 and $7000 a Bitcoin. It means, when you compute it together, it's like 176.4 million dollars that you would need to invest. Or you would need to take in losses in order to still produce new blocks and to lower the difficulty by a factor of 4. After that you would have the cost of Bitcoin divided by 4.

Meaning it would cost you below $2000. And maybe in between the price of Bitcoin would go up above $2000, maybe not. If not, then you would have again to invest. This time it would be around $40 million. But you know, you split it between many companies. The companies that are interested in mining in order to recoup their investment as quickly as possible. And waiting for the price, for the Bitcoin price to go up. So, this is what would probably happen in this very worst-case scenario When Bitcoin price abruptly, raeally abruptly drops towards almost zero.

It's not very probable scenario. Usually it goes up and down in waves. And in these waves there are always people for whom the profitability is still there. So, long term, and of course the difficulty adjusts It has been growing all the time in the past. But it can also go down if it becomes unprofitable for the most of the market participants. So, it's like a self-regulating mechanism as I told you before but in a long term… What happens in a long term? I would say there are 2 scenarios / trends in a long term. First trend is of course mining goes to the countries / regions with low energy price. Why? Because it's just cheaper to manufacture / produce Bitcoin there and the companies who do that have larger profit margins, whatever the priceof Bitcoin is.

And they are able to reinvest that margins into their growth, so they are able to capture more and more of the Bitcoin market. This is the one trend we are observing now and we will be observing in the future. And the other trend I think we will observe in the future is that the big, really big mining companies (but we need much higher Bitcoin prices for that) Then the really big Bitcoin companies will be buying power plants because when they buy a power plant, they don't need to pay the energy price They don't need to pay the market price for the energy.

They will pay the production price for the energy. Which is, of course, usually lower especially if the energy consumption in the world grows and the energy prices grow. Which we will talk about in the next video. So, in the next crypto-video we will talk about what happens if Bitcoin eats up all of the world's energy. What happens then? So, if you like this video, subscribe below, don't forget to hit the bell button in order not to miss my videos. Then you will catch my video about what happens when Bitcoin eats up all of the world's energy. And i invite you to share this video, of course. With you friends, loved ones. They will thank you for that someday. I invite you to leave comments below. What do you think about that topic? What's your experience? What is your perspective? What are your thoughts? Maybe you have a different scenario what will happen when mining Bitcoin becomes unprofitable? Maybe there are some other events / trends I haven't mentioned That I haven't thought about.

I invite you to comment and to share your ideas on that. On this channel I talk a lot about cryptocurrencies. I talk about how to do the impossible. And I talk also about how the self-made billionaires in our world think and act. So, that's it from the beautiful historic Konstanz at the lake Boden. I wish you a fantastic day. Let's do something extraordinary today..