Well would you look at! The markets are a
rumbling once again! Wyckoff accumulation   is happening and BTC is making its way
up towards THE RESISTANCE! I just want   to let you know…Don’t resist it, just let it
happen….because it’s time for Chico Crypto!! So yeah, let’s just check out the chart
of Bitcoin with the wycoff accumulation   pattern layered behind! Shoot, that is
suspiciously following it almost to a tee!   But as we can see, the big resistance point
for this pattern is charted by many at 40k! As   of yesterday, Bitcoin was only 4000 dollars away
from this point. Is it going to happen and when!? Well, if you know anything about Chico…we
are bulls for the rest of the year. I’m not   turning bearish, due to what I considered the
great Bear Trap of 2021. I HODL my feelings   and thoughts on the markets. And I HODL them
hard. I don’t flip flop like many of the others. But, we could be going down one more time. I gotta
thank BhaloXTO on Twitter for this chart, They   showed a different perspective and said “Food for
thoughts on the #Wyckoff accumulation principle.   Many people seem to think that the spring happened
last week.

On-chain datas show a lot of strength   for the upcoming weeks but I wouldn't be
surprised if the spring is still to come.” And there chart aligns with the accumulation
pattern pre spring fackout pretty damn good too!   My point of all this?? You can create a chart to
fill any narrative. That’s why I’m not a big fan   of TA, technical analysis. You can chart anything,
to fulfill what you want to see…aka your feelings. That is why I just go with my GUT, and don’t spend
countless hours worrying about charting to fit   my own feelings…especially with BItcoin.

So, my
GUT tells me, the 28k dip was the spring fackout,   and I believe the 40k resistance touch
is coming by the end of next week!! Soooo, if that happens, do you know what
is going to get rumbling and bumbling too!?   Those freaking ALTCOINs!! So for the rest of the episode today.
MY TOP ALTCOINs for the rebound. The   ones that are not a joke…as there are so many
freaking joke of coins in the space right now.   Money GRABs that won’t be around next cycle…but
these coins WILL. They aren’t going anywhere… Now everyone know’s how important Ethereum
is to the space. It’s the DeFi (decentralized   finance) hub, where everything is built.
It’s blockchain is the future of finance,   and possibly beyone that into
identity, gaming & more…. But DeFi is it’s shining star use case
and a use case that is going to grow and   grow quicker than people can even imagine.
Last week Circle dropped a blog, where they   said they were going to be taking institutional
DeFi, to the world as they release a DeFi API….

And that leads me into one of my TOP
picks. Compound…as this DeFi protocol   is going to be the 1st one which works with
Circle’s DeFi API, it says it in the blog! So why is this a top pick of mine? Well for
one, it has slipped way down the charts…down   to rank number 58, while a bunch of token crap
is ranked higher, with no use…and you even   have some of it’s ctokens, ceth, cdai, and cusdc
ranked higher than compound’s governance token.   This proves massive use of compound, and I think
the governance token should be ranked way higher.   At least in the top 30 cryptos.
There is an imbalance to me….. But there is more to it, than just that imbalance!
And this all ties right back into the Circle DeFi   API and the institutionalization of DeFi.

2
days ago…what did compound announce? They   announced the Compound Treasury, for none other
than business and institutions…allowing them to   access the compound protocol. Of course Circle’s
DeFi API is a part of this. But there is more that   is apart of this….as you can see 4 percent APR
is highly touted on Compound’s treasury website… Well what else is touting this 4 percent
that was just recently released? Coinbase   announced Coinbase Lend, where you can earn 4
percent APY on USDC and this is coming soon and   of course a compound logo is there.

But going
back to the Circle DeFi API blog they said this   “With our new DeFi API, businesses will
be able to access leading DeFi protocols,   beginning with Compound Finance on the Ethereum
blockchain. Now why would they specifically   mention Compound on the Ethereum blockchain?
They could have just said Compound….right? Well there are plans to go crosschain,
and that is coming sooner than people   think from Compound. December 2020, Compound
announced their own blockchain, and released a   whitepaper…and in the whitepaper they said
“Compound Chain is a reimagination of the   Compound Protocol as a stand-alone distributed
ledger, capable of solving these limitations   and proactively preparing for the rapid
adoption & growth of digital assets   on a variety of new blockchains, including Eth2
and central bank digital currency ledgers.” Institutions for Compound, CBDCs for
Compound…but their own distributed ledger?   Wait, does that mean they are
leaving Ethereum? No not at all,   and what Robert Leshner, Compound founder
said 2 days ago…makes me superbly bullish.   Coindesk posted an article about the release of
their treasury, and my broski Chainlinkgod tweeted   “#builtonethereum #poweredbychainlink” of which
an average Joe replied “until compound releases   their own chain. 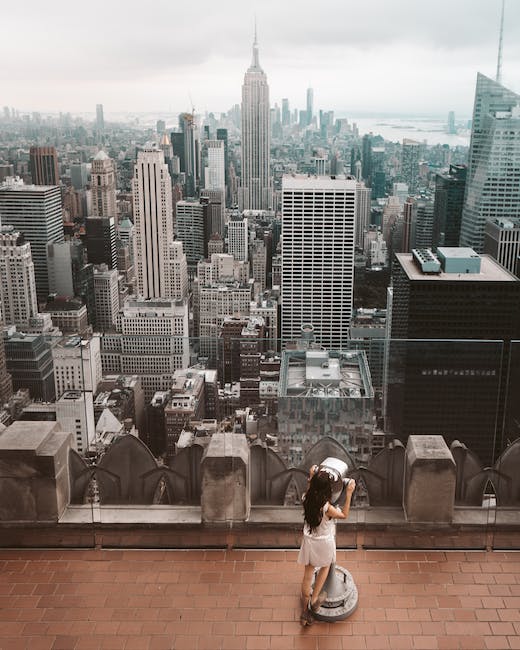 Founder Robert jumped in and
said “Even then, Compound will still be built   on Ethereum and powered by Chainlink”…yeah
I agree with you Mr. God, BASED AF! So when? When is the Compound Chain coming? Well
in March of this year, Compound announced Gateway,   the prototype testnet…and they said
“Gateway is a Substrate blockchain,   governed by COMP token-holders on Ethereum.
We chose Substrate so that we could focus on   building application code, instead
of inventing consensus algorithms… Me Likey, because I like Substrate. They
continue at the end “Starting today,   Gateway is running as a testnet,
connected to Ethereum’s Ropsten testnet.   Over the coming months, we’ll work with the
community & validators to: 1)Audit the codebase,   improve all aspects of the blockchain, conduct
stress-tests, and finally launch to production.  2) Connect Gateway to the Compound
protocol running on Ethereum.  And 3) Add Starports on other blockchains.

So, it’s been 4 months since the launch of the
testnet. And within these months there has been   announcements of starports to other blockchains.
Acala announced theirs for Polkadot in April..and   then in May Compound released a document on
how to build a starport, and finally there   was Polygon support announced as happening
in their forums around the same time too. This makes me think…very soon we will
have a public release! Compound is a BUY   in Chico’s opinion.

But Damn Chico, why
are you bringing such high market caps!? Well let’s go down the list a bit, too
one that has been and continues to be   seriously undervalued. It’s not on page 1 of
Coingecko…its not even on Page 2….Unibright   has fallen down to page 3, rank #202…which is
some bullhonkey, when you realize what is coming…. I’ve spoke on this sooo many times, but Unibright
is a core player in the Baseline protocol,   which is a KEY component of Ethereum and
Enterprise…and UBTs technology is used   across the baseline stack in conjunction with
their key partner Provide! Well Provide and   UBT in February of this year announced a
significant piece of the protocol…they   released the Baseledger whitepaper….and it is the
blockchain for baselining, powered by UBT tokens.

Going to the baseledger website, and down to
the token model of baseledger…you can see how   important UBT is, used throughout. The
token acts as a payment mechanism. The   token acts as a staking mechanism for workers
maintaining consensus. The token acts as a   "share-in-the-block reward" mechanism for workers
that are doing the work relative to their stake.   A proxy-staking mechanism is in place, where
members of the ecosystem can contribute to   a worker's stake (and partially participate in
the rewards) without doing the work themselves… UBT staking is coming, and it’s
coming with the baseledger release.   So when my friends? Well in
the middle of this Month,   June 16th, Kyle Thomas was on a baseline group
chat and spoke on baseledger. Let’s listen in… OHHHH it’s going to be a HOT summer for
UBT…because the partners already baselineing   are going to be using this! Kyle Thomas
around June 16th also said this in Telegram.   CONA Coke is a baseliner, but also
ServiceNow, and Dapps INC aka Salesforce….

But there are more partners…and I want
to thank Andromeda on Twitter for capturing   this on another baseline chat last week. Let’s
listen in to their capture….announcement of other   enterprises….getting BASED.
Cheers I’ll see you next time!.

What Are USDC and USDT and How To Trade Them Against Bitcoin on LocalBitcoins? Vlad Explains..

WHY COIN BASE PRO WILL TAKE SHIBA INU COIN REACH $0.10? WHY INVESTORS ARE BUYING TRILLION TOKENS