Try to wrap your head around this
one. If you had invested $1000 in   shiba inu on January 1st of this year, it
would be worth over $500 million today.   And that's pretty crazy considering at the time
of recording this video one shiba inu coin is   still worth less than 0.00004 U.S. dollars.
So with such crazy price increases recently,   where is shiba inu headed in the future,
could potentially reach one penny or even $1,   and how can you make money from all of this
chaos. All right let's jump right into it.   What is going on everyone I hope you are all
having a fantastic day. So if you pay attention   at all to the crypto space then I'm sure you have
heard about the skyrocketing price of shiba inu   and hey maybe you even invested a
dollar a while ago and now you're   a multimillionaire so good for you. But we've
seen this story before with many other crypto's   like dogecoin so what the heck is going on. Well
to get you up to speed really quick, shibui new   is fairly new and was started in August of 2020
with the sole purpose of being the dogecoin killer   meaning shiba inu is literally a spinoff of
a cryptocurrency that was started as a joke.   But just like we saw articles about dogecoin
a few months ago potentially hitting $1,   the exact same conversation has started around
Shiba Inu coin but I'm here to tell you that's   like comparing apples to oranges or more like
comparing apples to avocado toast.

Loosely   related in some aspects but not the same thing at
all and here's why. I've seen a lot of comments   of if dogecoin went to a penny then so can she but
you know and honestly that's the same mentality   that a lot of crypto investors have with many
that don't fully understand the space thinking   that something like ethereum could one day surpass
Bitcoin. And well ethereum very well could surpass   Bitcoin someday when I say that I mean in terms
of market cap and not in terms of the price of   one coin. Let me explain. You see this all comes
down to the total available coins in circulation   and that is really the main issue with shiba inu.
Most websites will show that there are currently   one quadrillion shiba inu coins in circulation but
in reality it's right around 400 trillion with a   market cap of around $14 billion at the time of
recording this video.

And based on the current   price of shiba inu that means that in order for it
to go to even just one penny, that would equate to   a market cap of nearly $4 trillion which would
make shiba inu worth over two times as much as   Amazon… so I hate to break it to you but one
cent shiba inu let alone $1 shiba inu is not very   likely from that perspective but those are not
the only variables that could actually cause this.   The other topic that has been widely talked about
online is the fact that there is just too much   shiba inu coin available. Again it's currently
right around 400 trillion and while the creators   of shiba inu have set up NFT projects with a token
burning mechanism as well as a staking feature   on shiba swap that essentially allows investors
to temporarily take their coins out of circulation   which will both help to decrease the supply,
this is just not happening fast enough. In order   for shiba inu to reach just a one-penny price, you
would have to burn over 99% of the existing supply   and at that point you would probably lose most of
your shiba inu and therefore it would be pretty   much worthless.

But again we hear that argument
of if Dogecoin went to one penny then why can't   this coin or that coin but I again remind you if
shiba inu had the same total available supply as   dogecoin, it would currently be trading at over
$0.09 per coin. Its like how Berkshire Hathaway   stock might be trading for over $400,000 per share
but that doesn't mean that it is necessarily the   most valuable company in the world. It all has
to do with the total available shares or in this   case the total available coins in circulation.
But we're not completely out of luck So what are   the pros and cons of shiba inu coin, and what is
a realistic price target that could allow you to   make some decent money.

Well, the biggest pro
for starters that many have brought up is that   shiba inu is actually built on the ethereum
network whereas competitors like dogecoin are   built on Litecoin and if you're not super into
cryptocurrencies then this probably means nothing   to you but long story short, being on the ethereum
network means that shiba inu is able to take   advantage of things like smart contracts and NFTs
and overall just gives it more real-world utility   which is really important in order for a coin
to be widely adopted like Bitcoin and ethereum.   The other thing that I have to say that I
definitely have learned from the past is that   the community around shiba inu is incredibly large
and strong and if there's anything that the entire   dogecoin hype train taught us, it's that having a
strong community around one of these coins can do   a lot for it in terms of price even if the coin
itself is completely useless.

And the last pro   in my opinion is that shiba inu is trading
at such a low price that it is just really   exciting for crypto investors. And what I mean by
this is for a relatively small investment you can   own millions and millions of shiba inu coin
and something about that psychologically is   just really exciting. Plus for most of us myself
included, it's just a lot easier to justify and   believe in a price change of say half a penny to 1
penny whereas Bitcoin going from 50,000 to 100,000   seems like such a huge change but really
those are the exact same percentage change   the numbers themselves are just very different.
So the fact that she but you know could change   in price by fractions of a penny and make people
a multimillionaire is oddly exciting for new   investors whereas investing in Bitcoin might not
seem as exciting despite the fact that that is   still an incredibly volatile investment. All of
that being said, there isn't really a legitimate   use case for shiba inu and while it is built on
the ethereum network which is definitely a pro,   again it is literally a meme coin that is a
spin-off of the meme coin made as a joke. 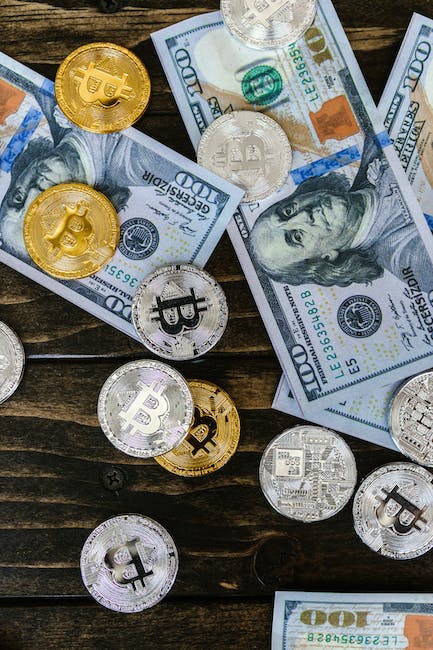 I mean   just saying that out loud makes me scratch my head
so as far as a widespread adoption of shiba inu   in our everyday lives, just as I said with
dogecoin I just don't see it happening.   The other huge con that I've talked about
before is typically with this sort of thing   by the time the media is talking about it, it's
probably too late and this is exactly what we   saw with dogecoin. As soon as major news outlets
were talking about it and primetime television was   making jokes about it, dogecoin reached a peak and
quickly plummeted in price, and from what I have   seen, shiba inu is already being widely talked
about in the mainstream media and because of that,   it may already be too late.

Now that's not to
say that there's no way to make money from this   because making short term price predictions with
something this volatile is honestly impossible   but we have seen countless past examples that
in my opinion show that it's best to just steer   clear of this sort of thing. I mean these charts
almost look identical to each other and it's kind   of comical at this point but things like
safe moon, red, nano, and even dogecoin   have shown us time and time again this cycle of
gaining traction, the community gets excited,   it starts to increase in price, the mainstream
media talks about it, it reaches a peak and   then it quickly plummets and a lot of people lose
a lot of money, unfortunately. So is there money   to be made from shiba inu coin… absolutely it is
possible. But based on the numbers and the math,   is that going to go to one penny let alone $1,
that is incredibly unlikely so again try not to   compare dogecoin directly to something like shiba
inu because the available supplies are completely   different and therefore the realistic price
targets are different as well.

So as I've said   in many previous videos if you've got some extra
cash that you would be okay to just throw out the   window, then by all means have some fun and who
knows you might make some money with this. But be   very careful and never ever go into this with the
mentality that a meme coin is a legitimate form   of investment because as we've shown with these
past examples, people have been burned time and   time again. I personally just use Wealthfront's
automated crypto feature and I did make an entire   video on that if you are curious about that but
as of the case with any kind of investing do your   own research make those decisions on your own and
make sure you understand what you are investing   in an why before you just go throwing your money
at something because you have a fear of missing   out.

So I would love to know what you think of
shiba inu and what your realistic price target   is down in the comment section below and I'd say
for me I'd be amazed if it got to 1/10 of a penny   but even that seems unrealistic mathematically.
As always if you did get value out of this content   and you want to help support me the easiest
way to do that is actually by checking out   some of my favorite financial tools down in
the description below many of which will give   you some free money when you sign up including
one offer from the POINT cash back debit card   that will currently give you $100 when you open an
account and make your first purchase so definitely   check that out using the link down in the
description below.

Be sure to hit the like button   and subscribe to the channel for more content
like this in the future and of course thank you   so much for your time I really do appreciate it.
Take it easy and I'll see you in the next one..