ALTseason, it’s been here for awhile now,
actually since the beginning of the year…dominance of BTC has been sliding, and sliding since
the end of 2020, beginning of 2021. What Did I say, at the end of December in
this live stream?Altseason was here, you just needed to know where to look. Well let’s look harder, because it’s time
for Chico Crypto Altseason it began in late December, but not
every coin was in the green and pumping like mad, you had to do more DYOR, it took more
time. But the further you get into a season, the
easier it becomes, because almost every coin turns green. You could throw a dart at a spinning board
of shatcoins, and come up with a winning portfolio. But it will only be a winning portfolio, for
as long as altseason lasts, and the coins will only continue to go up if we will have
another one.

And if things are to be like the past, we
are coming up on the final one of this cycle. But like Johnny of Corbra Kai, we strike first,
we strike hard. If altseason is here, we here at Chico Crypto
are going to capitalize on it. So let’s do some altcoin picks as it is
the season… So number 1 you guys know I like xdai, and
I like projects that are utulizing it to create the best usable products. Well there is another doing it, which me thinks
could do well in the short to mid term, and that is BAO finance. So what is BAO? Well let’s go to their docs and read the
simple explainer. The team says “It's like SNX + Aave, but
for Uniswap, SushiSwap and Balancer…and we can see what it plans to add to DeFi…synthetic
assets based on pool tokens from Uni, Sushi and Balancer, margin trading and limit orders
to lp tokens, lending pools, options and more…BAO actually stands for balancing, automation
and options & I see why. So, the BAOman, the person behind the project
posted this tweet January 16th “I've posted the proposed plan for our $SUSHI partnership
migration, our L2 integration and our first product of soft index synthetics with a link
to the blog, Users will be able to vote on approving the plan later this week” So let’s dig into the Blog, titled BAO V2-The
Journey.

They say “Recently Bao forged a partnership
with SushiSwap to build our synthetic issuance infrastructure using solely Sushi LP tokens. Ultimately, this means the need to make changes
to either Bao’s contract that may be challenging, or to migrate to a new version of Bao. After consulting with the community, I’ve
decided to pursue a hybrid plan that will allow users to choose between remaining in
the current contract or migrating to the new one. So, the Sushi boi’s, the yearn ecosystem,
tried to pull BAO fully in and make them work on their product, exclusively on their sushiswap
protocol, leaving out balancer and uniswap. Which if we go the 2021 sushiswap roadmap,
there is BAO, listed as joining their establishment. So, what they are building is pretty special,
if the yearn ecosystem targeted it, and want them exclusively with them. But this isn’t a bad thing, the Sushi gravity
pull…let me explain why.

Back in the blog, they explain they are going
to be using xdai, as their l2 solution. They will have a farmer contract on xdai,
powered by BAO coupons on xdai, redeemable 1:1 on the ethereum mainchain, but the big
one: We will also launch “Bao Baskets” on xDAI — this will be Bao’s modified
fork of Balancer, which will be used to create what we call “soft synthetics” (more commonly
known as indexes) this balancing product needs to exist for us to build full synthetics on
the xDAI chain in the future” And they are ready to get this launched…the
blog states, in the timeline “Given this, I expect it will be roughly 1 more month of
testing for us to be ready, and then 1–2 weeks to deploy. So I would ideally like to deploy us to the
xDAI chain by roughly the end of February, but we may be able to do sooner if everything
runs smoothly” Why is this importante? All this xDai moves and being ready? Well remember Sushiswap, was saved by a savior,
Sam Bankman Fried.

Sushiswap could have went kapoot, in September,
if Bankman didn’t “step in” Bankman, is also behind Serum, the DEX and
swapping protocol built on top of Solana. Well let’s just go back to BAO documentation,
and what they said about their v2 and l2 plans “Due to the high gas fees on our contract
Bao intends to build a V2 that integrates and L2, ideally an L2 system that can have
multi-chain/ecosystem support. The current plan is to build this on Serum
(SRM) which supports ETH and SOL” They were planning to build on Serum? Well go back to their v2 journey blog, what
do they say “ but we chose xDAI because it is the easiest L2 to use.

Using xDAI is just like using an Ethereum
test network, you’ll be able to switch your MetaMask to the xDAI network and use it right
away with no additional tools” Serum obviously isn’t ready, while xDai
is…but why do I think this is going to be a good play? Well L2 and working products is huge, perpetual
protocol is a prime example of that. Hype is strong with that one, Even Jeremey
Alllaire, of Circle and behind USDC tweeted about it. Perp, got down to a 10 million dollar market
cap, before the product was out. What happened after it launched? Schwiing now has over 100 million. So what’s BAO’s marketcap? Well initial hype got it to over 6 million,
but it settled down and as of yesterday was only just over 3 million. And I’m not the only one, who is eyeing
BAO, adam Cochrane, data analyst and partner at Cinneamhain Ventures tweeted in response
to grammy awarding winning artist RAC asking about shilling mooncoins. 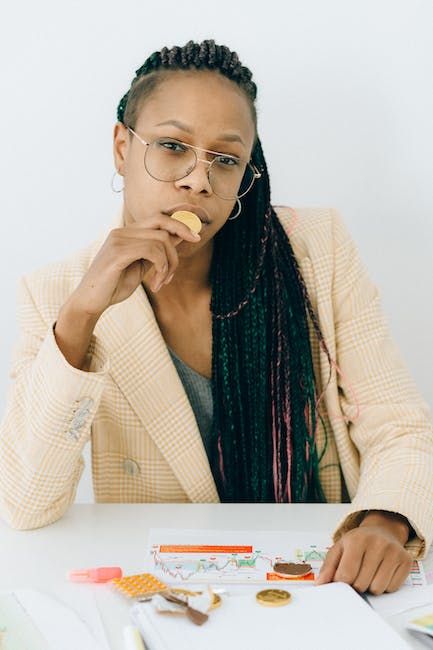 He said “bao.finance making synths. Sushiswap is to UniSwap as bao is to SNX. Low market cap, early and farmable. Now this next pick is sponsored, but I’m
trying to get sponsors from projects I like and this is one of them, and like always the
full details of our agreement can be found in the description. And that project is DFO Hub. DFOs? Decentralized Flexible Organizations. DFOs are Ethereum-based Research & Development
projects. They are On-Chain companies with proprietary
assets and voting tokens as programmable equities. DFOs, are enhanced versions of DAOs, decentralized
autonomous organizations. And if you look at the stats of DAOs lately,
from the stat site DeepDAO, you get the hype, stats are only increasing month after month
in terms of volume and users. DAOs, get much hype now, DFOs are just around
the corner. Why is this? Well DFO Hub is built and ready to go.

SO 1st what does it provide? Well the big selling point is Microservices
on Ethereum. These Microservices are just that, prebuilt
smart contract lego blocks, created, enhanced, and upgraded by the DFO base layer. DAOS, and organizations can use these microservices
to more easily, spin up a decentralized application. In fact, using DFO, the first step to start
building a Decentralized Application is to Deploy the DAO side, with the Voting Token
information and the Voting Rules. So let’s dive right into their HUB, as I
said it’s built and ready to go. Launching the DFO base layer is simple, dapp
launches and of course you need metamask as the DFOs are ethereum based. Once in, we can see there are many DFOs already
built..and it shows their start block, the number of functions, aka microservices it
employs, the DFOs ENS, ethereum name service address, the token symbol, as well as it’s
actual ether address. Clicking into a DFO, per example, the base
layer DFO…it breaks it down further, it has the explainer of the organization, the
voting token, with links, all details including core, front end & more, and the rules and
funds at the bottom.

Now, they track the balances of the DFO and
it’s slowly but surely working it’s way up. Getting close to 20 million in tracked assets
with just the base layer DFO. That isn’t including the many other DFOs
and their asset balances. It’s higher total AUM, probably closer to
30 million…now look at the market cap, of DFO’s token build…under 3 million as of
yesterday! And this is just the beginning of DFOs. Especially when it’s this simple to create
one, this is just an example, and not a real DFO…just click NEW, you pick your dfo ENS
name, chico crypto is ready, next page you set your voting token info, Chico Crypto DFO
is the name, Chico is the symbol, and supply is 1 million. Then you set the rules, of your DFO, aka the
governance, survey and proposals can have the length’s set, you can set minimum staking
numbers for proposals, and you can lock tokens for programs like liquidity mining.

There are even advanced rules, and emergency
governance rules with penalties…the next page is the DFO information, like BIO, pictures,
token pictures, links to websites, and more…and then finally you simply create it, confirm
tx’s with metamask, it does cost ethereum to create, and with high fees only create
if your sure…and with all green checks, a DFO has been created! Simplicity is what Chico likes, and simplicity
is what DFO has. If that’s something you like too, links
for their website and the dfo builder dapp are below!! So how are we going to finish up this episode!? Well with a cryptocurrency many have thunk,
I’ve forgotten about. That is iexec RLC… Why iexec? Well they have something coming, in just 11
days. The eRLC public swap offering which begins
February 1st.

From the website for the swap offering iexec
says “iExec obtained a Visa from the AMF (the French equivalent of the SEC) for its
new Enterprise Marketplace token swap offering, allowing enterprises to exchange cloud resources
in a regulated and compliant environment. The enterprise adoption facilitated by the
AMF visa will also benefit the iExec RLC token economics. So this means, in under 2 weeks, this enterprise
marketplace is going live, as enterprises will be allowed to exchange cloud resources,
with eRLC tokens. The demand for the marketplace is going to
be seen, come February 2nd!! Now here is what’s interesting to me, in
just 6 days, January 26th, iexec is having a tech talk with some highly interesting characters. The title of the talk? “Trusted Execution Environments featuring
iExec, Intel SGX & Kaleido”….with 4 speakers, from Intel, Kaliedo, and iexec…but one thing
they leave out is each and everyone of these speakers, besides the host is directly involved
with Hyperledger Avalon.

As we can see, it was originally proposed
as the trusted compute framework, as we can see speaking at the kaleido event is Jean
Charles of iexec, there he is a contributor to avalon, Eugene yarmosh, Intel, speaking
and also contributor to avalon, and finally Jim Zhang, Kaliedo, speaking and also a contributor
to avalon. But when you relate this to what kaleido is….you
get what is going on. What is Kaliedo? Well there website tells us, it’s enterprise
blockchains..and they work with big partners, big banks, telecoms, even Komgo, the major
blockchain consortium for trade finance. It’s enterprises, and how they are building
their dapps, and own blockchains. Will these enterprises, and their dapps be
some of iexecs marketplace customers? Chico thinks so…Cheer’s I’ll see you
next time!