Welcome to The Daily Forkast, May 10th, 2021. I'm Angie Lau. Let's get you up to speed from Asia to the world. Call it the Doge hangover. Investors left disappointed after Elon Musk's highly anticipated Saturday Night Live appearance. Dogecoin didn't quite reach the moon. Instead, it tanked by around 40% from a high of over 70 cents. But here in Asia, Doge, the original meme coin, had a historic weekend. Nischal Shetty of WazirX says Doge adoption is getting serious. It was Saturday in the U.S. — Saturday night — but Sunday for us in India. And we saw over US$100 million worth of Dogecoin traded in the INR market alone. This is the largest, I would say, that India has seen in a single market in a day. And this hype over Dogecoin has birthed other furry friends from the Shiba Inu coin to the cat token from Carol Baskins A whole zoo is coming out of the meme token world. As for Doge, we saw some recovery post-SNL. Resuscitated in part due to a SpaceX announcement of DOGE-1 — a satellite mission to the moon funded by what else but Dogecoin.

If this weekend's hype has taught investors anything, it's that gravity is real. What goes up can also come down. Taking a look at how Bitcoin traded here in Asia, up 0.8% at around $58,500 as of 4:00 pm local Hong Kong time. And in the top ten for cryptocurrencies, green across the board with Bitcoin Cash and Litecoin leading the pack. Speaking of green, proof of stake blockchains are doing well today. Cardano up around 3%. Ethereum, also phasing out mining in the future, extending its all-time high, running past $4,000, closing up at 4.1%. Meanwhile, the rapid growth of Bitcoin mining continues to raise concerns over cryptocurrencies' carbon footprint. Here in Asia, that concern is translating to ESG-focused investments, which, according to Stefan Rust of Sonic Capital, allows for more transparency and traceability associated with carbon offsets. We're seeing a number of investments in this area across the world and especially in Asia. You're seeing whole new blockchains come out to life that are jabbing carbon neutral and being carbon zero for their whole footprint. One of those investments coming from the Hong Kong Stock Exchange-listed BC Group. 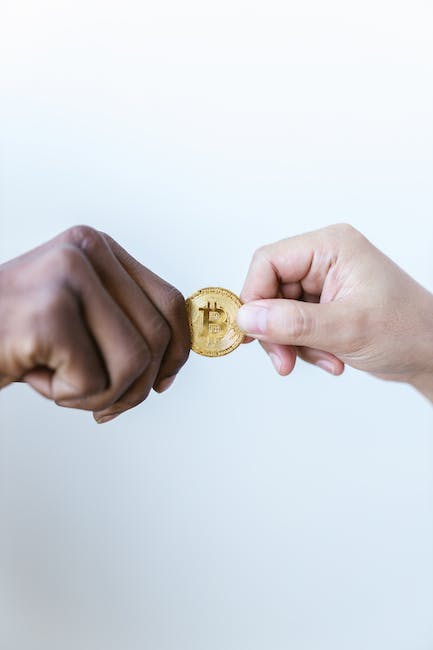 The investment holding company is fully offsetting its last three years of operations through the purchase of voluntary carbon credits by its subsidiary, OSL Exchange. It's a global trend. Today in Canada, Nine Point Partners unveiling the first 100% percent carbon offset Bitcoin ETF. Alex Tapscott, managing director of Digital Assets, says the move helps to satisfy the growing demand of investors in search of carbon-neutral exposure to Bitcoin. Some of the fears around Bitcoin's carbon footprint are a bit misguided.

Turns out that almost half of the energy input for the network actually comes from renewables. But half of the big number is still a big number. A big number and still a long way to go, but certainly a step in the right direction. And I'll leave you with this. As the DCEP pilot program continues to expand in China, there is a new twist, and one not everyone might be comfortable with — biometrics. A new card-like DCEP wallet will come equipped with fingerprint authentication technology. IDEX Biometrics a Nasdaq and Oslo-listed biotech company along with Chutian Dragon a Chinese smart card manufacturer will cooperate to work on this new DCEP wallet. While the companies involved say it will increase security, there's no doubt it might also increase privacy concerns by those already hesitant at the idea of a central bank digital currency. And that's the Daily Forkast. I'm Angie Lau. Until the next time..