I was wrong about Dogecoin. I honestly hate admitting that I'm wrong. It's probably my least favorite thing in the world. Outside of cats, which is steeped in irony. But I digress. It may be time for me to give up my crown
as top crypto YouTuber and pass it off to an 18-year old kid on Tik Tok
who told me it was smart to go all in on DOGE. I've never been such a bad boy. Let's get it! BitSwap is the hottest new way to trade tokens. Crawling all the top decentralized exchanges, BitSwap will get you the very best price
and value for your trades. BitSwap is changing the game. Try it now at bitswapdex.com. Welcome to BitBoy Crypto!
The largest crypto channel in all the Interwebs. My name is Ben. Everyday on this channel, I show you
how to make money in cryptocurrency. If you like money and crypto,
make sure to hit that subscribe button. Also, if you want to win a full Bitcoin, make sure to check out the link
down below in the description.

In this video, I'm going to admit to you, guys, I was wrong. But in a lot of ways, it's a milestone for the channel in this bull run. While so many of the haters out there
love to joke about what a moonboy I am, saying that my price predictions are totally unrealistic
and that I'm completely out of touch with reality, I think after this video, you're going to
realize who's coming out on top here. While many people have said that
$1 is absolutely out of the question for DOGE, I personally believed it could hit $1 but not until the next bull cycle. Earlier today though,
Dogecoin peaked at almost 43¢, a far cry away from the 1¢ price
it stayed at for seemingly forever.

It's been so great to see those people
who invested it make money. I sold all mine around 8¢ unfortunately, but, hey, take profits when you can get them. DOGE just passed Chainlink, Litecoin, Uniswap,
Polkadot, Cardano and Tether today, almost defying human logic. In some ways, I'm proud to admit how wrong I was
about Dogecoin in my DOGE price prediction. So, let's trip back into time to when I made
my official Dogecoin prediction for this bull run. Question is though how high can Dogecoin go? Fact is it's already melted our faces off. But if Bitcoin continues to rise, the profits will flow down to other coins, and with all the notoriety Dogecoin has received, it will continue. It is in the realm of possibility it could reach $1. But I believe the most realistic target
for moon is 25¢ for Dogecoin. That's right, guys. I predicted during this bull run,
Dogecoin would reach 25¢. And while it did in fact reach 25¢, it far exceeded it, hitting 43¢ earlier today.

So I was wrong about the top end of my
prediction for Dogecoin in this bull run. I should have been more bullish
on DOGE for obvious reasons. I hate cats and I love dogs. It's as good as a reason as any
that choose DOGE, I believe. I own five dogs in fact. And I love them each. Here is Miko, Skip, Belle, Otis Wilbur Brutus III aka Odie Wilbs, and finally, Little Henry. I'm a dog guy. I should have been a DOGE guy. I heavily underestimated the Elon pumpage. I underestimated Gen Z and their allegiance
to a coin with a dog on it from a meme that occurred before many of them
were in middle school. All it took was a meme from Elon Musk
talking about a dog barking at the moon for the price to start spiking. And it spiked harder than ever, going up 150% in just a few hours. CNBC, also known as the channel your grandpa
watches while he's drooling in his recliner, said that this move stokes fears
of a cryptocurrency bubble. Well, if you didn't know, people talking about a bubble is evidence
that you aren't in a bubble.

True bubble occurs when no one
is fearful of a bubble. Market Psychology 101. And also, what a shock! Robinhood had withdrawal and trading
issues in the middle of the run-up. If you haven't figured out yet to stay
away from that scam app, then you may be a little dense. But the point is Dogecoin is pumping,
and kids are getting rich. This user on the Dogecoin Reddit
showed off his Dogecoin holdings, declared himself a DOGE millionaire. And I have to say I love that. I love when I see people become millionaires, especially when it's from something
they invested in out of conviction. But I do have to say this, I'm going to tell you the same thing now that I said in my previous Dogecoin video
where I made that price prediction. 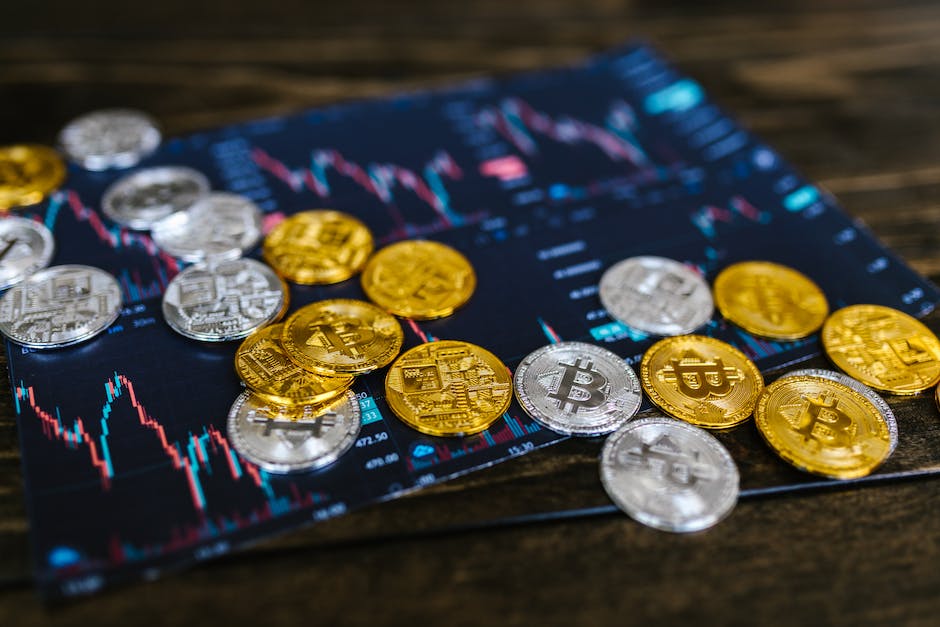 When it's pumping as much
as it is today and this week, you're far better to wait for a correction to jump in. At the time of my last Dogecoin video,
the price bumped about 8¢ and then dropped back down to 5¢
and consolidated for six weeks. We'll probably see the same thing here out of DOGE. I can see it dropping down to about 20¢
or so for a while before rallying again. I think it's not farfetched here to say that
by the end of this bull run later this year, DOGE could easily rally up to $1. The bar for the top of the price for DOGE has
been raised tremendously due to this pump. In January 2018, almost every altcoin
has hit its all-time high.

DOGE has been operating out of schedule. It's crushed other altcoins,
especially in the last week. But when everything starts to move up drastically,
it will probably do the same thing again. Here's the thing though, the higher a coin gets on CoinMarketCap, the more attention it gets. This gives the top 10-20 coins
a huge advantage in price pumps. Now, as soon as you go to coinmarketcap.com,
you see DOGE right there at the top. It adds legitimacy and awareness,
giving it more potential. Now, while we don't know the true potential
of DOGE for over the long term, the fact is it's one of the oldest
cryptocurrencies in the top 20. The longevity of this coin is even more impressive if we consider the fact that
the original creator left the project and there's been virtually no
development on it for years. We discussed earlier this week the Lindy Effect. In technology, this means
if something last 10 years, the chances of it lasting another
10 years goes up dramatically.

Out of the top coins, Bitcoin is the only one
that's passed the Lindy Effect. Litecoin will pass it in October of this year. Guess which coin is next to pass it in the top 20. That's right. Dogecoin. People keep doubting DOGE,
and it just keeps going. And I think at this point, it's time to consider whether we've all been
wrong about Dogecoin's use case. Those of us in this space refer to it as
a meme coin implying it has no value, but what if its value and its use case
is simply bringing fun to crypto? And in turn, unlocking a new generation
into cryptocurrency? The use case is the bridge
between kids and investing. And I think that's a beautiful thing. Watching your money grow should be fun. Not like watching paint dry. But let me know what you think about Dogecoin. Is this finally the legitimization of Dogecoin? Or is this yet another pump and dump? Let me know down below in the comments section. That's all I got. Be blessed. BitBoy out. DOGE coins! Yeah, I do– that's where Dog Coin got its start.

Everybody, yeah, yeah. So Dogecoin started as I think it was a meme. It was like a dog from a meme or something. And they, you know, they made– We're making fun of this thing that
we were talking about called Bitcoin, and, you know, it actually turned out
to be a pretty successful coin. It passed Bitcoin sometime in 2018,
and then before you knew it, nobody was talking about Bitcoin,
and everybody was talking about Dogecoin. And, you know, thanks to President Matos,
now, you know, Dog Coin is what we use. Of course, we changed the name Dogecoin.
It sounds completely stupid. Hello, ma'am.
I would like to withdraw some DOGE coins. It's Dog Coins. Say Dog Coins. People back then, they were so dumb..