Home mates, our video today is quite different. I've decided to make this video because there are viewers who asks questions n the comments section and I also have friends in Facebook that inquires. Like "Where can I invest in bitcoin?" or "Is company XYZ legit because they are asking me to invest 10,000 that will reach 30,000 in 30 days?" So there are a lot of people asking me about bitcoin investments. For sure, those who are asking are the ones who are new to bitcoins and have not yet earned or lost in bitcoin from 2017, 2018 and 2019. So this information is very important. Especially if you're quite curious to invest in bitcoin or if you want to earn in Bitcoin.

So it is very important for you to watch and learn from this video before you start investing in bitcoin. So, for me, there are two ways to earn in bitcoins. First is to buy bitcoins if the price is low and then sell it once the market price is higher. The pronoun "I" is very important just like in cases like " "I" will buy " or " "I will sell". Avoid to have "your friend" to buy or have "your friend" to sell.

So it is a must that you are that one that will buy and sell. The second way to earn in bitcoins is known as bitcoin mining. I'll discuss the second way first, which is Bitcoin mining. Whether it is Bitcoin mining by yourself or Cloud mining. So for now, Bitcoin mining is no longer profitable because of what they call "difficulty". Last 2017 or early 2018, I invested in bitcoin cloud mining worth 20,000 pesos. But because of the very high "difficulty", the mining contract I bought didn't earn. So from the 20,000 investment I made, the return I got was around 3,000 or 4,000 pesos. So I suffered a loss instead. It is not a scam but it is not profitable for now. So if someone you know offers you bitcoin mining and asks you to invest 10,000 today and says it will be worth 15,000 in 5 days, better have a second thought.

Later, I will further explain the process of buy and sell in bitcoins and how to really earn from it with sample computations. So it is important for you to remember that for now, only the first option, the buy and sell, where you are the one to do it and earn in bitcoin. So now, if you have a friend in Facebook who suddenly sends you a message after 10 years saying "Hey, it is good to invest in bitcoins nowadays because the prices keeps getting higher" "Just give 10,000 then after 15 days it will be 15,000, after 30 days it will be 40,000" So, if that's what they tell you, you better avoid them. Because probably after a few days or a few months, they will suddenly disappear. Then your friend will simply reason out and tell you that they were also a victim. So you will have no claim from it. So make sure to avoid those types of incidents. So let us explain on how to really earn from bitcoins.

Whether from investments or day trading or a very quick buy and sell of bitcoins. First of all, bitcoins are crypto currency. So we could buy it and we could also sell it. Just like a dollar or euro, they have equivalent value in peso. Like for example, a dollar now is equivalent to 48 pesos. Then after a day it is equivalent to 48.20 then after 2 days, it can be 48 pesos flat or 47.80. So its' value changes. However, dollar equivalents are backed up by the government and its movement is much stable, meaning it's daily movement is usually in centavos.

On the other hand, bitcoins are volatile. It is not stable. Like today, maybe bitcoins are worth 10,000, then after 2 days, 20,000, then after 3 days, it could only be 5,000. So the rise and fall of a bitcoins' value is very fast. So we will give an actual example. In here you will have a better look and idea on how to earn in buy and sell. So think of this face mask. I know this will be a very good example. Imagine this facemask is a bitcoin. This face mask has a price. For you to have it you must buy it. So we will buy it. For example, today it is worth 100 pesos. So we will use the 100 pesos to buy the face mask. You will no longer have your 100 pesos because we used it to buy the face mask.

So from the previous value of 100 pesos, we were able to sell it for 500 pesos, then we earned money. So our previous 100 is now 500. We earned a total of 400 pesos from the sale. For example you will buy a face mask now. It is now worth 500 pesos. You gave out 500 pesos to buy the face mask. But then the stocks became available, there is no longer a scarcity on face masks and its price dropped down to 100 pesos. The face mask you bought for 500 pesos, if you sell it now is only worth 100 pesos. So you suffered a loss of 400 pesos because the value of the item you bought dropped. It is just the same with bitcoins. You can either earn or suffer a loss.

Our goal is to buy them when the prices are low, and sell them once the prices are high. I will go ahead with the warning first. Nowadays there are a lot of promoters saying that it is very good to buy bitcoins now because they are trending up and they will rise up higher; which is think is somehow wrong. Because our goal is to buy for a low price and sell in a high price. For now, its prices are in a high stage. But we don't know if its price will get higher or lower. However, based on the history of bitcoins. 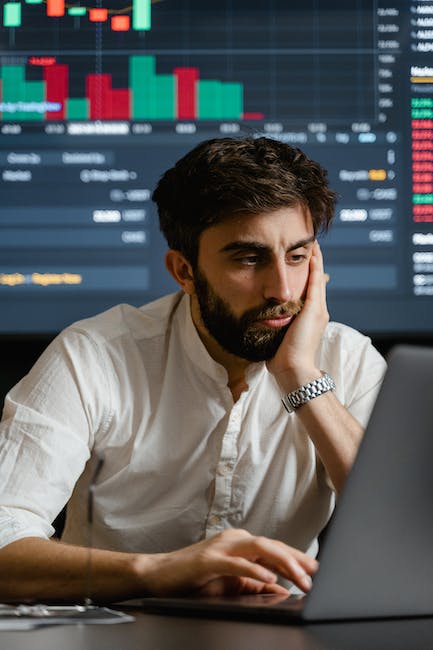 The previous 1 million worth of bitcoin is now only 500,00 pesos. That is around January to February. So this is our main warning here — there's no guarantee that the value of the bitcoin will always increase. In it's history for the last 2 years, there was a time when bitcoin reached the value of 19,000 USD then it fell to 10,000 USD in a month. So today, our current date, December 14, 2020, the current price is around 19,000 USD or 950,000 pesos. We are not sure if it will increase but at the same time we also do'nt know if it will fall. So be careful in investing today because the value of bitcoin is high. This is not the ideal time to buy especially if you are a first timer. Although the bitcoin value may still increase. It may reach 30,000 USD or 40,000 USD. It is possible, but be excessively careful home mates. You might get stuck in this trading for a very long time. By the way, if you're going to buy bitcoins.

You bought 5,000 pesos woth of bitcoin. You will get is a BTC amount of 0.0542790. So we wil just copy it. Then for example, you want to sell the bitcoins. However, the bitcoin price decreased, say next month, or next next month or after 6 months. It's value is now only 177,000 pesos. So the bitcoin you purchased for 5,000 pesos is now worth 962 pesos only. So the sale suffered a loss of around 4,000 pesos. What I have shown here is very simple. But this doesn't have fees in case there are fees on the platform you will use.

In the simple computation I presented, you will see how you can earn and suffer a loss in bitcoins buy and sell trading. Just always remember that the goal is to buy in a low price and sell when the price is high. Now that you know on how to earn or lose in trading bitcoins, let us now check the legit sites where it is safe to buy and sell bitcoins. For now, I only have 2 recommended sites, first is Binance and the other one is Coins.ph. Both websites have pros and cons, which I will both discuss in a quick manner. Don't make the mistake of going to a wrong website. I left the exact websites names in the video description below.

So you won't make the mistake of going to the wrong ones. The reason why I recommend Binance first is because there are a lot of available coins here which are called Alt coins These so called Alt coins. Because it is not limited to bitcoins, there are more crypto currency like etherium, XRP, ADA, Cardano. So there's a lot more kinds of cryptocurrency to explore. But of course, you need to study it first before buying any of these. Study them first thoroughly. Another good thing in Binance is it is more stable, meaning there's very minimal maintenance so you can always trade. The only disadvantage in Binance is that there is only a few cash in options. For now their cash in option is only thru Mastercard or Visa card. You can buy your coins in coins.ph and transfer or send them to your Binance wallet or account. The next website is Coins.ph The good thing in coins.ph is that they have a lot of cash in options. They have options thru 711, Palawan Express, Gcash It is easier for you to cash in to buy bitcoins, etherium or XRP in coins.ph.

What I dislike about coins.ph is that when the bitcoin price trend is continuously increasing or vice versa, they suddenly undergo maintenance. Or have errors, meaning, you won't be able to trade or buy and sell, thus your bitcoins becomes stuck. So it's frustrating because you know that it is the right time to trade but you can't because their site is undergoing maintenance. It took you some time to wait for the right time buy or sell but when it comes, you can't because of their maintenance. But it's not always like that. Most are just by coincidence. For now, I can see only one way to earn here.

That is to buy and sell. Buy in a low price and sell in a higher price. But remember the risk that you can still suffer a loss. So home mates, be cautious. If you want a Binance tutorial – on how to trade cryptocurrencies here, comment in the section below "Binance tutorial". So that I could teach you on how to buy and sell, and also how to cash in and cash out the money that you earned. Home mates, make sure to click the "like" button and hopefully this video has helped you a lot. Not only to learn on how to trade, buy and sell bitcoins, but also to be aware and avoid promoters that makes false promises to double your money in a month or so for you to invest.

So atleast from there, you can be aware of them. So thanks for watching and see you next time!.