In June 2019, Facebook announced the
blueprint for a brand-new digital currency that would transform the way
money moves around the world. What if everyone was invited to the global economy
with access to the same financial opportunities? It was called Libra, and the announcement
sent the financial industry into a spin. Central bankers and politicians around the globe
expressed concerns over a broad range of issues, ranging from money laundering
to financial stability. After months of growing backlash,
major backers abandoned the venture and key figures declared
the existing project a failure. But the association managing Libra
wasn’t giving up that easily. It released a new white paper
in April 2020 to placate regulators. In it, the currency was
rebranded as Diem. The Diem proposal is ultimately a
watered-down version of the original idea, but that was just what was needed
to get the project off the ground.

The Facebook-backed currency
is expected to launch in 2021. So, what has changed? We were extremely naive in the
first version of our white paper. We had a number of ideas,
and to some extent it was really exciting to see that the public sector’s reaction to those
ideas accelerated the pace of innovation. Christian Catalini is the
chief economist for the Diem Association, the Switzerland-based nonprofit
which oversees the currency’s development. He walked me through the changes
he’s hoping will make Diem more palatable to regulators,
starting with the coin itself. Libra was originally pitched
as a universal currency, backed by a basket of central bank-issued money
including the dollar, euro and Japanese yen.

Now as Diem, they plan to launch multiple coins instead,
each backed by a single nation's currency. The first to be piloted will be the Diem dollar,
which will be pegged to the U.S. dollar. There are plans to launch a multi-currency coin as well,
but that will be further down the line. So a big step of our dialogue with regulators has
been actually talking about a phased approach to launch. We moved to a design that really starts
with single currency stablecoins, and therefore is a much more natural
evolution of the current system. Stablecoins are a type of cryptocurrency that
derive their value from an underlying asset, like government money or gold.
As you likely guessed from the name, they tend to see less price fluctuations
than other cryptocurrencies like bitcoin. But a global, reliable alternative
to government-backed money could be destabilizing
for some emerging markets. The fear is that Diem could be
used as a substitute for, or even replace,
a country’s own volatile currency.

This has already happened with the U.S. dollar
in countries like Zimbabwe and Ecuador, which were struggling with high inflation.
This phenomenon is known as dollarization. No stablecoin today actually has a
good solution towards dollarization. Say you’re operating in a country that is
going maybe through hyperinflation, you have to be compliant with all local regulations.
Maybe we will have to convert after a certain balance to local currency, that essentially
cuts out the channel of dollarization and really mitigates a lot of the
worries about capital substitution. The latest version of Diem also
walks back on another key feature, the idea of eventually becoming permissionless.
Unlike private cryptocurrencies, oversight of the coins will be
controlled by the Diem Association. Its existing 26 members will be tasked
with operating the Diem payments system, minting coins and managing reserves.
While some original members of the association such as PayPal, Mastercard and eBay
have dropped out, new ones like Shopify and Singapore
sovereign wealth fund Temasek have opted in.

Unlike a permissionless blockchain product, like bitcoin,
which the whole point is that it doesn't require trust, that it relies on network effects,
that the validation is baked into the code rather than being reliant upon on third parties validating.
Diem doesn't work like that. Diem has these, the members, the validators,
and you have to trust them. For that reason I'm not convinced that as a system it's
necessarily an improvement on the existing one. Building trust is key to Diem’s success,
but its link to Facebook makes that difficult. Facebook’s reach is huge. It had 2.8 billion monthly
active users in the fourth quarter of 2020. That’s a big advantage when it comes
to the distribution of Diem, but the company’s history of privacy scandals
gives critics some pause. 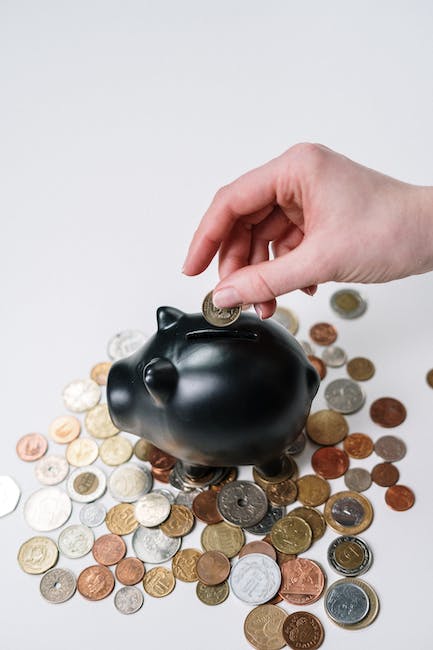 Privacy is about the wallet, you know,
not about the currency. Dave Birch is an expert on digital money. He’s referring to the Novi Digital Wallet,
which is owned and controlled by Facebook. A digital wallet is what makes sending
and receiving digital currencies possible. Users will be able to add their
local currency to the wallet. Novi converts it into a Diem digital currency
and transfers it to the recipient in an instant. Novi will be accessible from Facebook’s apps
like Messenger and WhatsApp. The scale could allow it to become one of the
largest reservoirs of financial information in the world. What most people will be nervous about, I’m sure,
is all of that transaction data going to Facebook to be used for advertising and other purposes,
which they don’t really benefit from themselves and I think it’s down to Facebook
to reassure people.

But Novi has stressed that these fears are unfounded,
saying transaction history will only be visible to customers. We also put the question to Diem. What do you say to people who are concerned
that one’s financial identity, so what I’m spending my Diem on,
could be eventually merged with their digital identity,
so my social media profile. We take privacy extremely seriously.
Diem itself will not have private information about the customers.
Some of our members made commitments with regards to data separation between, for example,
social and financial data. The Diem Association has also taken concerns about
financial crime such as money laundering on board. If you don't know who the money is going to and from,
you can't track or trace or do anything effectively. And governments will never allow that
because you don't want it to become a mechanism for money laundering,
and crime, corruption of all kinds. Diem now requires its members to
undertake some of the same rigorous anti-money laundering checks
required by traditional financial institutions like banks. For example, they will have to verify a customer’s identity
to make sure they are genuinely who they claim to be.

Finally, there are also some important
monetary policy effects to consider, not least because of the enormous reserves that would
be needed to support Diem if the coins prove popular. The ambition of Diem is that it should
appeal to billions of people, there should be billions of users,
so that implies there's going to be trillions of coins. And every one backed by cash or cash equivalents.
That is one heck of a lot, sitting in a very large fund,
being managed by a fairly opaque group of institutions. And that is a fund easily big enough to move markets
and easily big enough to hold central banks to ransom. Whether Diem is widely adopted or not,
it has been credited with spurring central banks into creating
digital currencies of their own.

China, Sweden, Singapore, the U.K. and Venezuela are
all working on CBDCs, or central bank digital currencies. The moment a CBDC becomes available
we can stop operating the reserve, what I call the analog retrofitting of the
faster digital rails on the older fiat rails and start operating at,
you know, digital speed. Diem is currently in talks with Swiss Regulator FINMA
to secure a payment system license. This would mark a significant milestone
for the digital currency, supplying it with the seal of approval
from regulators that was absent before.

Only then will it be able to launch, and we will find out
if it is indeed a Novi Diem, or Latin for 'new day', after all. Thanks for watching.
Would you use a Diem coin? Let us know in the comments below
and don’t forget to subscribe..