Hopeland's Diary-Dystopian Dream Our anonymous author travels through time and witnesses the spirit of the times, Witness the new financial world written by 0 and 1 The flame burns more and more vigorously Visionaries ignited the early fire, and they were not surprised to receive the attention of the once-skeptical elites. The few stubborn people still have their backs to the flames It seemed that they were prepared to remain in this state until they were swallowed by the approaching sea of ​​fire. However, people screamed again, we are at a boiling point; It’s time for us to be reborn from the ashes, let us start a financial revolution, But is this level of optimism worth it? Was incinerated by hotter and hotter technological furnaces, The closest skeptics gradually melted, and the sarcasm became a self-seeking strategy.

The haters hope to get redemption or amnesia, because they avoid past beliefs and join the ranks of fueling the fire. The bullish news is fanning the flames of this new financial era, But can the light illuminate this dark and volatile market? Peaks and valleys? inevitable The competition of digital currency has reached the government level. Behind the scenes, The United States, the European Union, and China are scrambling to understand and regulate this technology. At the same time strive not to be abandoned by the innovation trend. In order to maintain a competitive advantage, the existing financial system must accept the loss of some control. And follow the trend instead of trying to impose restrictions. When the world realizes that greedy middlemen are dispensable, with the emergence of unprecedented forms of monetization, It will empower all industries A new era was born in the children of the coronavirus era, You will enter adolescence in a new and unfamiliar world, a world full of intrusiveness and full monetization.

The entire media industry will be surpassed and empowered by social tokens, Inject fresh air into the creator industry, which relies heavily on online followers for success. In the modern technology monopoly, the biggest challenge is the psychological level. Because it’s easy for the general public to get lost in social media, endlessly Involved in the unknown world. Global politics will be polarized, However, uncensorable code is invincible, which will appeal to liberals and Bohemians. With the smart investment of industry leaders, Innovation continues to develop, the cycle of change is closer, and technology Progress accelerates. The new economy will rise, a self-supporting profession Will flourish, and the increase in remote work, coupled with a global currency will begin Provide a level playing field, because technological survival of the fittest will become the economic standard.

The altruistic application of Web3.0 will change the public's view of charity, Mature DAOs will become household names, just like today's NGOs. However, not all DAO events will win Public recognition. The governance agreement war will rapidly expand in scale, As the battle for power between banks, tech giants, and the government has become increasingly fierce, We will see complex game theory being used as a weapon of war, not only manipulating agreements, And manipulate the entire democratic system. U.S., China and Tensions between the EU are escalating, and decentralized currencies increase instability, as countries lose For the control of the money printing machine, China will accelerate the tokenization of the renminbi and issue it on the chain, Force the United States to adjust, or it will fall behind. Governments will be forced to incentivize Its citizens use their own currency, not an alternative decentralized currency. Some countries will pass laws Enforcement, while other countries will adopt a more lenient approach, but in any case it will develop Another global economy. During this radical transition period, some citizens Will suffer losses, while their neighbors will prosper, because different leaders will adopt their own The supervision method imposes different restrictions on its people.

Those that allow the pursuit of comprehensive Financially free countries are still in danger because the unsuspecting public is beginning to be exposed to experienced Hackers and cunning arbitrageurs in the decentralized underground world. Countries will not only be forced to create and adopt on-chain economies in their own countries, And they will also have to learn to protect themselves from the attacking country, These countries try to destroy and influence the political situation by any necessary means. Some governments will restrict or cancel regulated industries, For example, stablecoins or centralized exchanges. Coinbase or TEDA users Let them be at the mercy of the companies that own them and the governments that ultimately supervise them. Fan the flames We will look back at the summer of decentralized finance with nostalgia. It was a naive and interesting time.

Here, We created the concept of gamification, which later became a utilitarian application. Bitcoin gradually faded during the birth of decentralized finance, but it will never lose its status. It's back to people's sight Inevitable, and the global pandemic crisis in 2020 will only intensify The appeal of Bitcoin as an investment tool. We will see afterwards, The summer of decentralized finance has brought greater liquidity and volatility to the market, attracting some The attention of big players, they use their influence to turn the market's attention to They find the most comfortable high-value currency. Stimulated by bullish news from well-known financial institutions such as JP Morgan, Square and Micro Strategy in 2020, Optimism surrounding Bitcoin and Ethereum continues to rise. For those who dare to look directly at the trend of the times and bet accordingly, Will reap huge rewards in the next few years because of the narrative of the new financial world Written by 0 and 1. Unfortunately for a tokenized world, tribalism will never completely disappear. Extremists who love conflict always try to discredit other people’s work.

But as cross-chain interoperability and tokenization become more common, the debate will Will subside. In 2020, the number of bitcoins on the Ethereum network It started to increase rapidly. As of the third quarter, the increase has exceeded 13000%. From 1,100 parcels of Bitcoin in January to 150,000 at the end of October. We now look back on 2020, it is the tipping point of tokenization, not just Bitcoin, There are also real-world assets, because FTX provides for the first time an on-chain tokenized Tesla stock trading service. The ability to tokenize physical assets is likely to lead to The less disciplined gamblers went bankrupt because they were able to put their real world Assets are used as collateral on the chain. The court will hold hundreds of hearings Or thousands of cases, due to the price of private company shares being copied to the blockchain. allow Speculators can trade volatility in a mirrored financial market without paying any fees to the middleman. 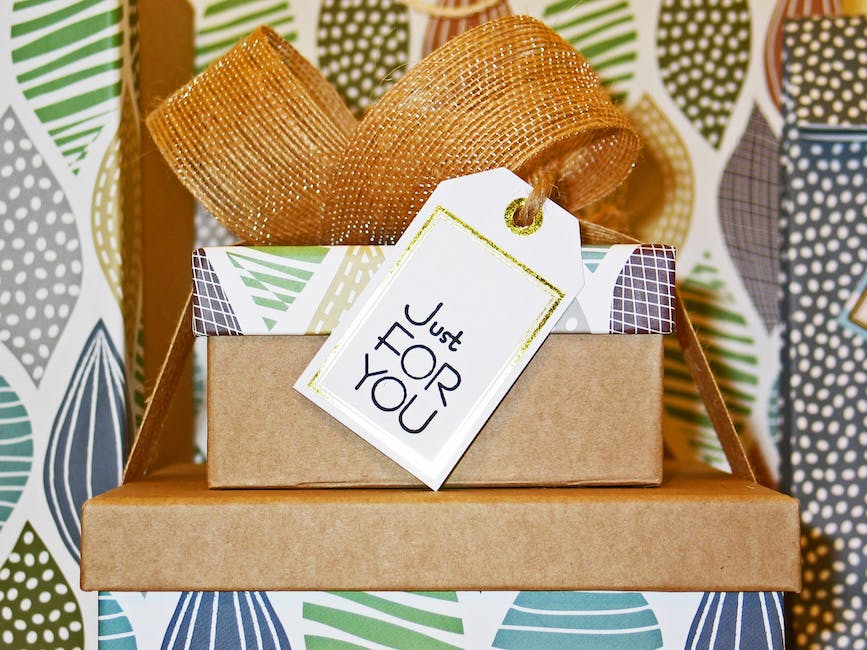 Bitcoin inventory of listed companies Will continue to increase, Square purchases "approximately 4709 bitcoins, with a total purchase price of 50 million US dollars" It is the most eye-catching of such announcements in 2020. As the economic environment has an increasing impact on inflation, Jack Dorsey sees the role of Bitcoin growing, and he is not the only one doing this. When a public company buys Bitcoin, it’s a wealth management decision, not Speculation. After 2020, a certain proportion of the company’s finances will be allocated to Bitcoin to become A common propaganda statement that encourages other companies to promote And potential profits to invest. Dollar and perception "Learning in public" will become a widely recognized way of career development.

Self-learners with digital thinking will be on their way to becoming rich. With millions of dollar hacks and vulnerabilities common in cryptocurrencies Start to enter mainstream news, students who dare to break the rules Will begin to choose computer science and software development Not accounting or business research. However, the white hat hacker’s The demand will also increase. Over time, hacking or vulnerabilities will become more difficult, and with the new standards The introduction of the safety guarantee for the entire industry will be improved. Multiple billion-dollar companies will be founded by small teams of young developers. They only work with a laptop, so the balance of power will tilt. This kind of open new financial industry presents the characteristics of uninterrupted globalization, which will encourage companies to To achieve geographic diversification of labor, skills or experience will be more valued than qualifications.

The new crown virus has had a lasting impact on the global economy, Some industries will be devastated under the impact of the epidemic. Some jobs will disappear due to new technologies, Because as long as it is profitable, inefficient employees will be Replaced by contracts or well-trained artificial intelligence. Employee costs are expensive and unpredictable, but the code Follow the instructions. The market value of decentralized finance may fall; it may even A decline of 80% or more, but the best projects are bound to return strongly. finally, Banks will scramble to use decentralized finance, even if it is not for profitability, but just to save the cost of daily transactions. When the first western high street bank started When providing customers with decentralized financial-grade interest rates, restrictions will be truly released, and all Banks will implement this technology and shake up parliaments and governments around the world.

Decentralization will be measured through a pedigree, completely decentralized finance in customer service or refund Hardly provide a safety net, while its centralized counterparts provide A more familiar and safer space, but weaker flexibility and control over user funds The process of surmounting obstacles will not be linear. There will be obstacles; Restrictions, fraud and market collapse. However, the key is a shared vision. This industry and the desire to pursue financial freedom will not disappear, the only uncertainty The factor is how we will achieve the goal of large-scale applications, not whether we can achieve it.

The world based on mathematics, code and binary clearing is not suitable for everyone. Decentralized financial desalination will provide People who are not used to using smart contracts directly through Etherscan. Centralized entities will continue to be People who feel uneasy about the risks and responsibilities of owning their own private keys provide services, and the scope of decentralized finance Will be expanded to cover the entire financial system. Double-bright candles can only burn for half the time We must focus on trends, not volatility. Our goal is not to illuminate the entire room, Rather, it illuminates a new financial system that the whole world can follow.

Let us stop building more experiments for experts, but create tools that welcome newcomers; Invite them to join and open up a bright future that will benefit all of us..