The Internet Computer Protocol (ICP) surprised
a lot of people with its insane opening on Coinbase. But the company behind the ICP token, the DFINITY Foundation, has been in crypto since 2016. Is this smart contracts platform aiming
to turn Ethereum into a clown? Or is this project just another dud
among a posse of other failed coins? Today, I'm going to tell you
whether or not I'm down with ICP. Where are my juggalos at? Let's get it! BitSwap is the hottest new way to trade tokens. Crawling all the top decentralized exchanges, BitSwap will get you the very best price
and value for your trades. BitSwap is changing the game. Try it now at bitswapdex.com. Welcome to BitBoy Crypto!
The largest crypto channel in all the Interwebs. My name is Ben. Everyday on this channel,
I show you how to make money in crypto. If you like money and crypto,
then make sure to hit that subscribe button. In this video, I'm going to be explaining to you the ins and outs
of the hottest new project to launch since Polkadot, ICP.

Make sure to stay all the way until the end
to find out whether or not I added Internet Computer Protocol
to my portfolio and how much. So let's get into ICP. The DFINITY Foundation started by game-designer-
turned-blockchain-scientist Dominic Williams is based in Silicon Valley and Zurich, Switzerland. It boasts some impressive credentials. Not only sharing street cred with
Charles Hoskinson and Vitalik Buterin, but Dominic was able to secure funding for his
project from powerhouse investment firms Andreessen Horowitz and Polychain Capital among others.

You know, Marc Andreessen from
starting a little thing called Netscape and backing one of the largest
crypto exchanges in the world, Coinbase. He's kind of a big deal. So Dominic Williams can raise money. So what? It's not that uncommon for Silicon Valley based firms. But the team in DFINITY runs deeper than Wu Tang, and they've got the technical background
to make all of ICP's claims, and there's a lot of them come to life. More on that in a minute. All of this clout has pushed ICP into
the top 10 tokens by market cap according to coinmarketcap.com, even debuting in the No.

4 spot
with a $44 billion market cap when it launched on May 11, 2021. Similar projects like Polkadot, Klaytn and
Filecoin debuted in similar fashion, but many of them quickly fell out of the top 10 or even sometimes the top 20. It remains to be seen if ICP will have
the chops to hang with the big boys. But what makes ICP so special? Or is it special at all? Some say it's the new Amazon Web Services. Others say it's the ultimate Ethereum killer. But its founder Dominic Williams says
it's not here to replace Ethereum per se, but instead DFINITY says ICP is a replacement
for one of the building blocks of the internet, the data protocol called TCP/IP.

And that's what sets the Internet Computer Protocol
apart from other blockchain projects. Yes, it has governance tokens that you can buy
and trade and has built-in support for DeFi dApps, but according to Williams, a whole host of dApps, not just DeFi,
can be created for ICP on Rust or their own language Motoko. Everything from cloud computing to supply chain
management to even social media dApps can be run on ICP. And this isn't theoretical. They've done it. Test driving their own version
of LinkedIn called LinkedUp. How creative. All of this at a fraction of the speed of
the Ethereum and Bitcoin networks. How fast? Try 1,000 times faster than the current Ethereum network. But wait a minute, Ben. I thought you said this was supposed
to be an Ethereum killer! Something based on smart contracts.

A real layer 1 blockchain. Good job paying attention. ICP has evolved smart contracts to encompass their expanded interoperability and calls them canisters. The canisters are where the smart contracts
and applications are deployed, but also record new data to the ICP blockchain. That means having the ability to create an app
and then upload it directly to the internet where people can find it. No cloud servers. No DNS. No HTTP. It's a real game changer. The Internet Computer Protocol removes
all of the legacy coding from the internet. You know, the stuff that's been around since the 70's? And gives creators a powerful tool to make
their products better and more accessible instead of having to kneel before
the Big Tech oligarchy we have now.

Sounds too good to be true? Well, critics would agree. Everything isn't all sunshine and rainbows with ICP. There are a few red flags to consider
with ICP and DFINITY that they definitely want to make sure
you guys are aware of. Mainly that they've taken venture capital
funding from Big Tech moguls, and those VC firms and the development team
are at the moment holding most of the ICP tokens. Cypherpunks are not happy about it, but Dominic Williams sees that as his way to
steward the new internet during its early stages so it can find its legs and then run free once it's
robust enough to handle worldwide traffic. This guy kind of gives off some Gavin Belson vibe. If you know what I mean. Another point of criticism is their implementation
plan for the Internet Computer seems a little centralized, at least on paper. DFINITY's plan to deploy the Internet Computer
via dependent data centers acting as ICP staking nodes, but those data centers use custom ASIC
hardware from the DFINITY Foundation. 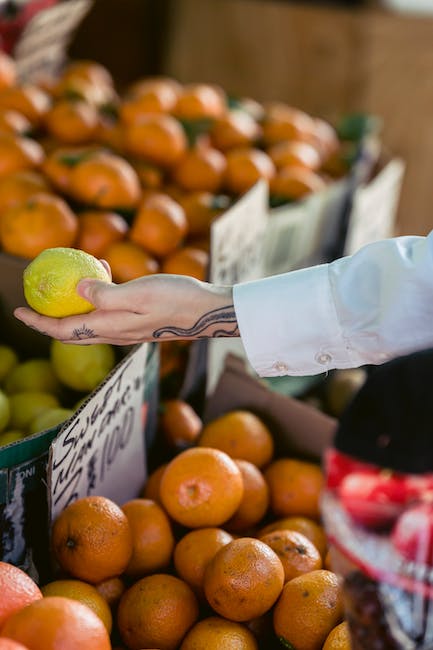 Is that centralized? Well, it's something to talk about. But the near term plan for ICP isn't the normal
staking frenzy and hashrate wars we're used to with other smart contract projects. Only time will tell how ICP handles these criticisms. Here on this channel, we give you the straight scoop
so you can make informed decisions without bias. So always make sure to do your own research
before putting money into any project. And I'm proud of you, guys. I see you guys always going to CoinMarketCap
and researching the coins we talk about. But controversy is part of the deal
when launching a new technology. That should come as no surprise. But the implications for a decentralized internet
that's also secured by blockchain technology will mean a fundamental change in how information
is shared and stored across the world.

Think about that. And remember that right now, almost all DeFi exchanges and DEXs are
reliant on not just legacy protocol stacks but the Big Tech services that run today's internet. But not so with the Internet Computer. It's not only a decentralized internet, but it's one that is nearly impossible to
censor, deplatform, or even shut off. Governments and businesses on the ICP
will see their cost of doing work go down, and the need for hordes of cybersecurity experts, costly downtime and wasted server time
running firewalls and antivirus, they will just disappear. The cost of everyday goods could
theoretically drop overnight due to a reduction in the overhead required
to run your county's educational system database, or, I don't know, maybe keep an oil pipeline secure or secure the integrity of an election or make the power grid more robust because they're running up-to-date ICP dApps
which makes your power cheaper so you can pop more bags of popcorn while you and your family gather
around your TV and you all watch the latest BitBoy Crypto video. Smash that like button if you like popcorn. And I know you do because I'm smooth like butter.

Too much? Meh. But ICP has some serious challenges ahead of itself. No. 1 is that sheer scope. A new internet. That's a big deal. A decentralized internet. That makes dictators, authoritarian governments and your crazy ex-girlfriend uneasy at the thought
of not being able to control the flow of information. There will be a resistance to that idea, but if Bitcoin has taught us anything, it's that resistance to the blockchain
in the future is futile.

No. 2, ICP is entering a red ocean of competition. Ethereum is the top dog in the smart contract space, and its competitors like the rising
Binance Smart Chain are nipping at their heels as gas prices continue
to hamper the Ethereum ecosystem. They've risen once again. New competitors in the space like Cardano and
Polkadot already have massive followings and yet don't even have an app yet. So ICP is facing a serious uphill battle
to stay relevant, talked about, and prove that they can actually
deliver on their roadmap. That's been a weak point for a lot of projects. Thirdly, they have a consensus mechanism
called Threshold Relay that so far is unproven in its ability
to achieve blockchain consensus.

This could be a challenge that pushes
the ICP roadmap into obscurity. Consensus in the network is of course
a core part of blockchain technology. We've gotten used to rock solid but slow
consensus algorithms in Bitcoin and Ethereum, but that's exactly what DFINITY is trying to solve. So the challenge is great, but the rewards could be even greater. So, now that you're up to speed on
DFINITY's Internet Computer Protocol, tell me what you think about the project
down in the comments below. If you want to pick up a bag of
Internet Computer Protocol, head on over to Coinbase,
Coinbase Pro or Binance.com. Now, if you watched my Around the Blockchain livestream
last night at 5PM Eastern Standard Time, which we bring to you every day, you know that I bought $100,000 of ICP on Coinbase. Now, that's not a vote of confidence in the project. It's just part of my own strategy. I own every coin in the top 20. And it's going to stay that way. Regardless of whether I believe ICP
can complete their goals or not, I definitely want exposure to all the top 10 coins.

They get the most awareness and the most hype. So far, I'm down $10,000 in that investment, but I'm comfortable with that because
that's a small part of my portfolio that could have a lot of upside down the road. I'm good with investing in potential. If the price drops dramatically from here, I'll be looking for a good entry point to buy more. But for now, I'm sitting tight with what I have. Now, of course, none of this video is financial advice, and this was certainly not a sponsored video. Don't forget to drop a comment down below
on what you think about ICP. And while you're at it, drop a price prediction. That's all I got.

Be blessed. BitBoy out..