Who doesn’t like some of that ethereum!?
Ether is the dominant smart contract chain,   of which every blockchain competitor is building
to connect to. They are building with the EVM,   ethereum virtual machine, fully on
the top of mind & if they don’t…they   suffer! So are you ready to suffer
through another 10 minutes with me!?   Well you don’t have a choice…because
it’s time for Chico Crypto!! Everyone knows Ethereum is the
center of all things blockchains.   Public blockchains are all connected or will
be connected to Ethereum with bridges.

Shoot   out of the top 10 cryptocurrencies, they
all have something to do with Ethereum. Bitcoin has multiple bridges to Ethereum,
Cardano is building the erc20 converter,   Binance smart chain already has a
bridge, Tether is on the Eth Chain,   XRP partner Flare is building a bridge to
ETH, dogecoin has dogethereum in the works,   USDC is mainly on ETH, Polkadot has multiple
bridges to ETH, and Solana has wormhole…their   Eth bridge. Every asset in the top 10 is
bending the knee to Ethereum! Like I said,   if they don’t build back to Ether… they
silo themselves off, and they suffer! Although…all of this bridging, and action
taking place on the ETH chain…is pushing   it to it’s limits!! To it’s Gas Limits. As we can
see since the markets calmed after the May Crash,   the gas fees have been trending up Month after
Month. June higher than May, July higher than   June, and now at the end of August, they are back
at high and ridiculous levels. Which can be seen   with the prices to do DeFi transactions. To do
simple swaps on Dex’s it’s basically 100 dollars,   or even more….supplying liquidity to these
protocols is going to cost you just as much,   basically 100 dollar or more…and removing
liquidity, the cost is between 100 to 160 dollars.

What the freaking freak Ethereum!? I
thought this was supposed to be fixed   with EIP 1559..the update to transaction
fees on the network!? Not get worse… Well there were some major
misconceptions about EIP   1559…it wasn’t going to fix high gas
fees! EIP 1559 main benefits were reducing   ETH issuance without reducing the network
security with base fee burns, improving   gas fee estimations for dapps and wallets &
finally improving the UX for wallet users! The most significant improvement we are going to
see with GAS fees, isn’t coming from something   being changed on the layer 1 base chain of
ethereum, but when rollups are pushed out into   production. If you didn’t know, less than a year
ago, Ethereum had the biggest change ever to it’s   roadmap…Vitalik posted the change with
this blog “A rollup-centric ethereum roadmap” In it, he exclaimed “the Ethereum ecosystem
is likely to be all-in on rollups (plus   some plasma and channels) as a scaling
strategy for the near and mid-term future.   What this means is the main L1 chain will no
longer be a smart contract chain perse…but   a settlement layer for rollups and scaling
solutions.

Smart contracts and dapps will be   built on the rollups, and Ethereum is
just going to settle their transactions!! Sooo when Rollups then? When gas relief
like a large dose of pepto bismol? Soon my frens, soon! Everyone was talking about
a Layer 2 summer earlier in the year, but it’s   looking like it’s going to be a late summer, and
Layer 2 Fall! Arbitrum and their rollup Arbitrum   One is one of the more hyped rollups, that
is looking to be production ready 1st!!   They already are wide open for developers and
dapps to build on top of…anyone can go use it   to deploy. But it’s still not open to the general
public. But that’s going to change really soon! Their twitter said last week “No need to
wonder "wen Ren" because renprotocol's   integration with Arbitrum One is live!
You'll be able to use some of your favorite   Ren wrapped assets like RenBTC &
RenDOGE when we go live this month! Did you hear that? When we go live this
month! We only have 5 more days left in   August! Arbitrum opening to the masses by the
weekend or early next week? Chico thinks so! What about the other hyped rollup from Optimism
PBC? Their optimistic rollup, named none other   than Optimism? Well Optimism is actually in
a limited alpha mainnet already! Last month   they announced that Uniswap could be used on the
rollup! In the blog they said “Assuming Uniswap v3   sees equal usage to L1, OE should offer up to 10x
transaction cost savings.

Additional demand will   drive gas costs higher — for more details, check
out Optimism’s blog post. Transaction speeds will   ramp up over the coming weeks and months as the
Optmistic infrastructure is tested and optimized   at scale, with the end goal of scaling to fully
meet demand for low cost, high speed DEX trading. Yeah, you can actually use
Uniswap on a rollup right now!!   And how much is GAS Fees? Well Optimism, luckily
has a tool for estimating them on their rollup!   Clicking on Uniswap, it calculates, and
as we can see the estimation is just   25 cents! Is that for reals? Just a
quarter? Well let’s just go check… I’m on Uniswap, on the optimistic
Mainnet…and I’m going to convert   the rest of this DAI into ETH. 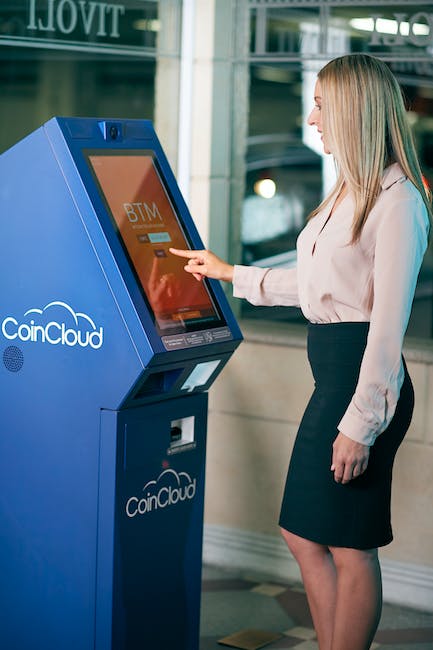 As we can
see from the metamask gas fee, it's .001955   of an Ethereum. Well let’s just confirm it…and
look how quick the transaction goes through.   In seconds, instead of minutes to
hours with the Ethereum mainnet. But that cost of .001955 ETH…is that
just a quarter? Well going to a converter,   no it’s not. It’s actually over 6 dollars and 32   cents. That’s a lot better than the
over 100 dollars on the ETH mainnet,   but it’s not a quarter. Either something is
messed up with their calculation on the website,   or that is when their rollup is fully optimized?
All I know is it’s not a quarter as of now…. But when optimism!? When is their rollup moving
out of alpha and into a deeper maiinet!? Well   it’s imminent according to optimism. Just
a few days ago, on the 23rd their twitter   tweeted in reply to someone saying roll ups were
imminent “Not just imminent – live with synthetix,   kwenta, Uniswap and 1inch apps, and many
more coming in the next few days and weeks!” So Arbitrum and Optimism…their rollups are
extremely close! Like days or just weeks away.   What does that mean for the regular user, like
you or I?? It means you better get your overalls   on and those farm tools ready, as there’s going
to be a bountiful Layer 2 harvest here soon! What do I mean? The DeFi apps and protocols are
going to be wanting you to come use them on Layer   2.

Transaction times are a thing of the past and
the low fees will entice the users to come…but   there will be competition in this layer 2
landscape…big competition between dapps!   A dapp will want you to use
their app, not their competitors! What are many of these dapps going to
do to entice users to use theirs and not   competitors!? Incentive with tokens!! There’s going to be many liquidity mining
programs launched on these Layer 2’s! Yield   farming opportunities are going to be
far and wide, with high APYs due to the   dapps and protocols pushing out BIG incentive
programs! Per example Synthetix on Optimisim! This Glassnode insights blog puts the point
across very well! It’s titled “DeFi Uncovered:   Finding Alternative Sources of Yield”…in
the blog it says “. Synthetix has announced   its plan to transition the project's focus and
liquidity over to Optimism (an Ethereum Layer   2). Simultaneously, news that SNX stakers could
be receiving a series of airdrops in the future   has led to even more bullish narratives
supporting the token. Returns for Optimism   stakers reached an absolute bottom of ~15% APY
in July while L1 staking remains relatively   lucrative.

Following the transition of liquidity
to L2, Optimism stakers are now receiving ~50%   APY, and can expect sUSD/sETH, sUSD/sBTC, and
other trading pairs to launch in July/August” Optimism stakers with Synthetix were
only receiving 15 percent APY…but   following the liquidity move, they
are now making about 50 percent APY!   Liquidity mining incentives are
moving from Layer 1 to Layer 2…. But it’s not only Synthetix…Uniswap is
coming with incentives to Layer 2 as well!   May of this year…Hayden Adams, the
founder of Uniswap said that liquidity   mining for Uniswap would be returning….very
soon! Besides saying very soon Hayden said   ““One thing that we’ve seen in the past couple
of weeks is basically a grant from the Uniswap   grants program, which comes from governance,
that was … issued to someone who’s working   on liquidity mining smart contracts.

And so we’re
kind of seeing the community build this out.” Here is the Uniswap liquidity program v
0.1 proposal, first posted in July in the   Uniswap governance forum and discussion board.
As we can see, one of the community authors of   this proposal is @itzler….and in the discussion,
itzler said this replying to someone asking about   optimism “I think extending the program
to include Optimism is an excellent idea,   and definitely one of the directions we’re
hoping to include as the program evolves” Incentives are going to be far and wide
with the launch of Layer 2….so like I said,   get those overalls ready, and farm
tools prepared.

There will be bountiful   opportunities on Optimism and Arbitrum
alike. Cheers! I'll see you next time!.