Hey, crypto fans, welcome to
CCS Cryptocurrency State. My name is Santiago. I'm a web
developer and investor and in today's video, I'm going to
show you and explain to you these amazing news about the
collateral association between Facebook and Polkadot. Why and how
that could be a massive for Polkadot ecosystem. Before we begin, please like the video, subscribe to the channel, click
the bell to get the notifications. Remember to join the giveaway. It's free and with just a couple of clicks
you will get the possibility to win one of the prizes. Half
of a Bitcoin to one winner or one of the five Ethereum.
Without anything else, let's go into it. Hey guys, this is the news:
Pontem to use Polkadot to connect Diem and DeFi. Pontam
advances plans to be Diem's Polkadot-based testnet through a new partnership with node infrastructure provider PinkNode.

So what about this news? It doesn't mention Facebook,
only Polkadot and we have these other two companies, Pontem
and PinkNode. So before going to the news, let me give you
an update on how this is all related. So, first, we have diem.com, this is the website for the Diem company and this is
the project of Facebook company actually. If you have been here for a couple of years, you know that in 2019, Facebook launched this company project called
Libra which aimed to be a stable coin into the finance world but they had a lot push back from a lot of regulators.
So there was some controversy about that and
Facebook was in a very big position with the governments about that.

So they changed the perspective of the project a little and they changed, the Libra Project is mostly called Diem and this is the website for that
project. So they are trying to build a trusted and innovative
financial network that empowers people and businesses around
the world. So, providing people everywhere the access to safe and
affordable financial services so people everywhere can live
better lives. So basically, what they are wanting to do
is have this infrastructure network using blockchain
with the capability of financial services. For example
a payment system. So you can use it to pay with your
cellphone. They aim to have this stable back
assets. So, Diem coins are backed by a reserve of asset made up
of cash or cash equivalents like Tether for example or any other
stable coins and…

Of course they want to be a fast,
scalable, and secure network. So, they are behind this
project. So, if you hear Diem, that means Facebook basically.
They have a couple of news in their Twitter but they have a
lot of followers and this is the Facebook project behind
them. So, this is the first important thing to know for Diem.
The next one is Pontem network. This is another project and
it's an experimental network for Diem So because of some
characteristics that Diem has, like privacy and some other stuff, they are working on this Pontem network as a testnet, we can say. Or the public version of Diem So like it says here, Pontem is an experimental network for Diem So before having everything in Diem, they are going to test everything
here in this Pontem network. And this is how we connect a
Polkadot with Diem, because of Pontem and PinkNode So what is this? Pontem is based on Polkadot and is a
Diem canary network without restrictions and limitations.
Diem is Facebook's next multi-billion dollar growth
strategy that focuses on creating a financial institution for the unbanked.

Diem will be accessible to anyone with WhatsApp or
Instagram and supports smart contracts and advanced features. Moreover, Diem intends to launch a backed stable coin as the first
use case. So here we have Diem We have the bridge here which
is Pontem network and that will be connected to Polkadot. That is the third chain of this graph, right? So this is Pontem This doesn't have a token, this is a network and like we said before,
this is the testnet or public network for Diem. Then
we have PinkNode, what is PinkNode? PinkNode is the gateway
to the Polkadot ecosystem, it empowers developers by
providing node-as-a-service solutions, removing an entire layer of inefficiencies and complexities, and accelerating your product life cycle. A little technical to explain that. So, I will show you in the white paper. So, the project's background. Polkadot is the fastest growing blockchain
protocol far outpacing two of its closest competitors, Ethereum and Cosmos, in monthly active developer growth. But despite that it's lack of supporting infrastructure
presents challenges for the onboarding of projects and users. One of the key reasons contributing to this problem is
the lack of third-party node providers which means that every developer working with Polkadot will need to configure and manage
their own node.

PinkNode aims to solve this by providing high quality, secure, and reliable node-as-a-service solutions So, this is easier to understand Basically, if you want to do a project on Polkadot, you will, as a developer or as a company, you will be in charge of
running your own node and this project, PinkNode, aims to offer solutions to that by giving you node-as-a-service
solutions, like they say. The thing with this is that it is a parallel, a different network They also have their own economics, and if you want to enter into PinkNode, you
need to request access.

You need a private access to get into
that. But we can see PinkNode's Twitter. They also, I mean even if they have their own token and they are a
separate network. They are primarily the first solution of
node and services for APIs and a lot of things in the Polkadot ecosystem. So this is directly linked to Polkadot, it's not like these are two separate things They are their own company but they are working for the benefit of Polkadot ecosystem So you need to consider that. So basically when we talk about PinkNode, we are talking about Polkadot ecosystem too. You can trade PinkNode tokens, it's at $0.03 But look at how they went from May, the peak of this bullrun, from $0.71 to $0.03 already. So, this is not a project or a token that I will be
getting, but just to show you that their network has a token and tokenomics too. So, now that you understand what Diem
is, what Pontem is and what PinkNode is. 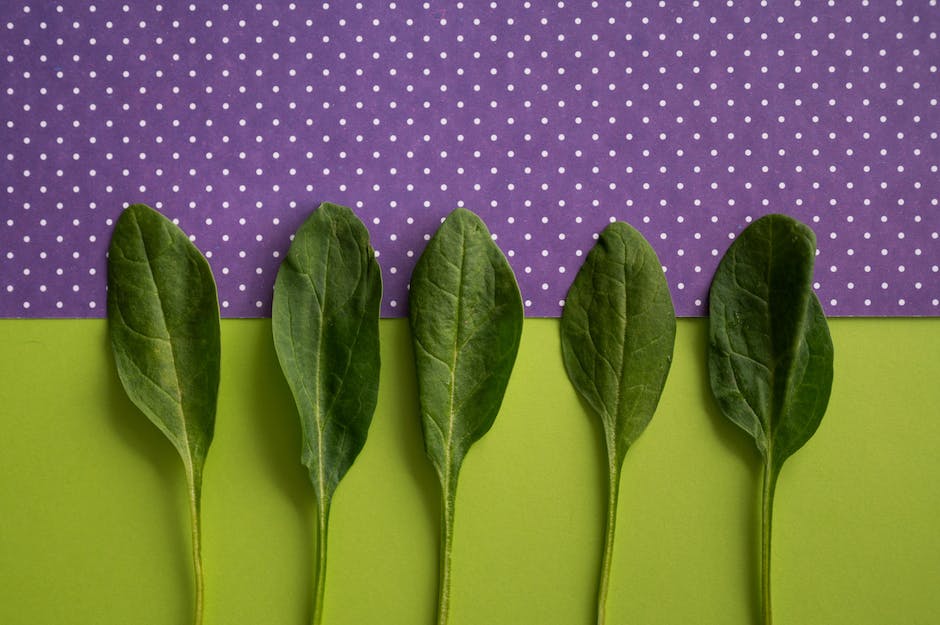 Let's go
into the news and why this is important. So, let's read this again. Pontem advances plans to be Diem's Polkadot-based testnet through a
new partnership with node infrastructure provider, PinkNode. The key takeaways are: Pontem partners with Polkadot node provider to finalize experimental test network for Facebook's Diem blockchain. The partnership with PinkNode means the Pontem team can deploy nodes on Kusama, the Polkadot's canary network Pontem aims to help Diem
introduce new futures by testing them in the Polkadot
ecosystem. So basically, in terms of the Facebook
perspective we can say that they have their own testnet
which is Pontem, and in this way Pontem will use the Polkadot ecosystem first, and here in this example, the Kusama network not the Polkadot
network itself but we know that Kusama is the canary for them, so we can say that the whole Polkadot ecosystem
will be the canary test for Pontem which is the testnet for Diem.

I know that this is a little complex, but I think if you can understand these different scenarios of
different companies, you can see how they are connected on this
news. So Pontem, an experimental network for
Facebook Diem's project has teamed up with Polkadot-based node infrastructure provider. Diem is an ambitious blockchain project from Big Tech
mainstay Facebook, but is not open to public participants due
to its permissioned nature. As a result, the developers and
entrepreneurs working on Diem may find it difficult to build open
source solutions that can compete to the level of
innovation with public blockchains such as Ethereum or Polkalot.

So basically for the same permissioned nature of this network, the people or the companies that
want to build Dapps or DeFi projects on this Diem network, they have difficulties with that. They wouldn't be enough competition to this other blockchains. So, the project aims to help Diem onboarding new features and solutions by first testing them in the Polkadot ecosystem That's why I mentioned that Polkadot itself would be like the canary test for Diem To this end, the project recently raised $4.5 million from several venture funds including Mechanism Capital, Kenetic Capital and Animoca Brands The PinkNode deal will allow Pontem to
deploy nodes and another API endpoints on Kusama, Polkadot's Canary network, to finalize its network Due to deploying the nodes and API endpoints, Pontem will help developers interested
in Diem tests new features in the Polkadot ecosystem before
directly submitting them to Diem This will also enable new
projects on Diem to test their product-market fit on Polkadot.
So even if this ultimately ends in Diem's network and project,
they also are going to have them on Polkadot network.

So this is huge. Through Polkadot's interoperable network,
Pontem also plans to build a bridge that connects the Diem
blockchain with Ethereum, the network that underpins the burgeoning
central finance space and contains more than 55 billion
in total value locked. According to Pontem, connecting the two networks will expose Facebook's 2.7 billion users to DeFi.
Slated for launch in 2021, Diem will issue fiat-backed stablecoins that can be integrated with Facebook's banking and e-commerce services that face a lot of resistance
from regulators.

So this is huge for Polkadot and I'm really happy that they choose to go with PinkNode because this means that all the projects and the DeFi ecosystem that they are going to
build from Facebook will pass through Polkadot. The last thing that I want to show you here is this, it's from today, Sunday night The top ten trending searches on
July 18 and we can see here how Polkadot is trending now in the
searches of major search engineers like Google and YouTube.

So I think this is very related to this news that were said last Friday. So this is huge, guys. If you are fans of the Polkadot ecosystem, I hope now you can understand
better this connection between all these four companies that I mentioned and why this is important for the Polkadot ecosystem and for Facebook itself of course. Well guys, I just want to wanted to share this important news and explain
them because it is not easy at first read. So it's important
that you follow at least some of the things that Diem is doing
so you can connect that to Polkadot That is all for the video, guys.
Please, before we leave, like the video, subscribe to the channel and click the bell to get the notifications Remember to join the giveaway.

I will see you in the next video. Bye!.