Home Synthetix Ethereum to “ZERO” If It Can’t SCALE!? Maybe! Here’s Why!!

Ethereum scaling…we need to talk more about
it, because as I create more content questioning rollups, the faster they seem to be moving. First video questing rollups, same week we
get the final phase of the optimistic ethereum testnet. Video 2 days ago, questioning them again,
a tad bit deeper, the security drill was completed and the team even did a twitch stream. So let’s question again, and get some more
movement. Because it’s time for Chico Crypto! To begin, according to Optimism’s own roadmap
published a few months ago, things currently aren’t happening the way they were supposed
too. As we can see, integrate synthetix is supposed
to happen within the limited testnet, into the launch of the full testnet. Ok great, but then they had their own specific
synthetix network roadmap, and it went phase A, B, Security Drill, C.

Well, phase C with synthetix for some reason
went before the security drill. As we can see synthetix tweeted that the third
(c) phase was beginning december 3rd. And the security drill was completed 3 days
ago on the 20th. So, that doesn’t make sense, but there may
be nothing to that… Although going back to the main roadmap, 2
other dapps are supposed to be integrated with testnet, their early supporters which
in the blog they show are chainlink and uniswap.

Unfortunately we haven’t heard anything
from either of them regarding their work on rollups. But now it’s time to go back in history
to the present and bring up some more serious questions. My 2 previous videos brought up all the connections
between Vitalik, Joseph Poon, OmiseGo, Jinglan Wang, MIT, early bitcoin clubs, the lightning
network, plasma and optimistic rollups. So let’s go deeper, beginning with Joseph
Poon, author of both the lighting network paper and plasma. So poon? What happened to him? Well in late 2018, October to be exact…his
new project was announced…the hashed podcast covered it, and it's called handshake. What’s interesting is what he said in that
hashed interview “Later I co-founded a startup called Lightning Labs, and most recently,
I co-authored the Plasma paper with Vitalik.

And it is becoming an emerging collaborative
group with a bunch of awesome people. For a while, within the cryptocurrency space,
my principal interest has been scalability. I think a lot of scalability problems are
going to be resolved probably in the next year. Right now, my research area is around coordination
mechanisms. So 1st, he said in October of 2018 scalability
would be solved in about a year. FALSE. And the co-creator of Plasma, wasn’t even
continuing research into it, when it wasn’t completed? Does that make sense? No it does not…. But who is behind Handshake? Well remember in my video 2 days ago, when
Jinglan was supporting Interledger over Plasma in 2018? Well she also said in that paragraph, she
was excited about a dope arse decentralized naming service aka Handshake…well Jinglan
she joined them, September of 2018, wearing a handshake t-shirt and giving a presentation
on Hashed Time Locked Contracts, from Joseph Poon at an ethereum conference…which is
confirmed by multiple of her online profiles.

She didn’t spend long there, like months…and
in my opinion she was “re-assigned” to plasma group. But obviously the connections get deeper. I wonder who else is connected to Handshake?? Like providing them money? Well FOMO Hunt did a profile on the project,
and at the bottom they get into the ICO. It says the list of notable sponsors include
“ Paul Veradittakit, Roger Ver, Jun Hasegawa, Fred Ehrsam and Michael Ma. As we know, Joseph Poon was the one brought
Vitalik along with him, as an advisor for OmiseGo. There are the 3 together, including Jun Hasegawa…CEO
of then OmiseGo who was the one who tweeted the photo. Now Jun, is also invested in Poon’s handshake?? But the other muy interesting person is Fred
Ehrsam, Coinbase co-founder & now co-founder of Paradigm, the crypto venture arm who has
supported and invested in Jinglan and Optimism PBC, and all the big Ethereum dapps looking
to use the rollups, including synthetix and uniswap. Fred Ehrsam as we can see is also a lead investor
in Namespace, and scrolling up it describes itself as “ We didn't create Handshake,
but just like you are, we are Directors of Handshake and below namespace’s goal is
to make Handshake easy-to-use to enable mass adoption.

Now Handshake, it has been moving…active
twitter, active namespace, and browsers being built around it. But my question is….what happened to Joseph
Poon? Last time Poon tweeted was around the launch
of Handshake, August and September of 2018. It’s been over 2 years of silence from Poon. Which doesn’t make sense. He’s the author of lightning, he’s the
author of Plasma, he created handshake?? Where did he go?? You would think you would still want the creator
around as Optimistic Rollups from their most recent blog post title are in “Fraud Proof
Security Drills”…which if you read into his authored Plasma Cash whitepaper…”This
construction is achieved by composing smart contracts on the main blockchain using fraud
proofs whereby state transitions can be enforced on a parent blockchain” Oh so similar, Roll Ups and Plasma…yet Poon
isn’t helping?? Well Poon aint, but handshake is. 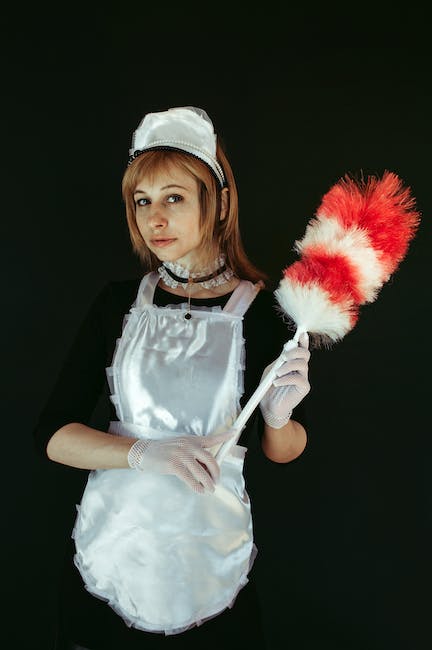 Like I said MANY connections. You dive into the Github of Optimism, and
their V2 contracts…you can see who is working on the code, and there is a tynes. Clicking into his profile we see Tynes also
works on Handshake. And his linked’n in shows he was a core
dev until from March of 2020 to August, before moving onto Optimism PBC…. Now….let’s move one level deeper. Back to Paradigm..led by Fred Ehrsam & Matt
Huang. They are connected to a lot, optimism PBC
Jinglan, Handshake Poon, those using rollups to scale, uniswap and synthetix. But like I mentioned in and ended Monday’s
video off with. Their Paradigm is also invested in Tendermint
the Cosmos creator. Now here is what I find oh so quinkidinkle
about that….Matt Huang, in August of 2020…same exact month when they bright over Tynes to
Optimism PBC from handshake, tweeted this “ charlie noyes got into Bitcoin at age
11, and joined us at Paradigm at 19.

This podcast is a short 90 min peak into his
brilliance on DeFi, Ethereum, Cosmos, Bitcoin, etc… Well Huang is obviously the one bullish on
Cosmos, but let’s listen to what Charlie had to say regarding ethereum scaling, just
a few short months ago, as it’s important, he’s part of the core Paradigm team. Well that did not sound good in August whatsoever
regarding rollups, which Charlie should know much about, Paradigm invested in Optimism
PBC…..

But Ryan, of Bankless also asked Charlie about
Paridigms other investment, let’s listen in to the full question and answer…it’s
a tad bit longer, but you do not wan’t miss a lick of it. Oh shiznit ya, that’s contentious, Optimism
PBC investor, saying it might not work out?? Let's continue… So, if you cannot tell, they have something
going on with Cosmos…they don’t see Ethereum 2.0 as it. Paradigm from Charlie’s mouth..think’s
Cosmos is it. Now here is my question??? Cosmos had a major Ethereum project going
to build their Chain on it…Aragon, back in October of 2019, Cosmos tweeted “Aragon
Chain, planned to be built with ethermint & powered by Tendermint.

Then a year later, October 2020, Aragon Dropped
the aragon chain plans, and said they would be focusing on offchain solutions, still using
ethermint as there is monetary ties but also xdai?? Obviously they are dropping their Cosmos plans….but
Now why would they do that??? Well something didn’t work, and Cosmos may
not be it either…. But Cosmos, it is coming my friends. Ethermint is coming, even though Aragon who
helped fund it is moving away…. November 5th, they put out this blogpost….The
Road to Ethermint…and they say when it’s going live, In Q1 of 2021, ChainSafe plans
to launch an incentivized testnet, the “Game of Ethermint”.

This will be the last major milestone before
mainnet launch. We will run the “Game of Ethermint” for
a long as it takes to be certain that the network is completely secure and everything
runs exactly as it should. At this point we will announce the Ethermint
genesis event and then launch Ethermint as a fully productionized Cosmos Zone. So Paradigm has one finger in the side in
Cosmos, a pure competitor to Ethereum 2.0…while Paradigm also has a finger in the side of
Optimistic Rollups, and major Ethereum dapps using it to scale. I would say a conflict of interest..but you
make your own conclusions of what is going on… Cheers I’ll see you next time!.