Hey yo, what is going on with the viewers
across the tubbee! Let me first introduce myself as Tyler, the
host of the channel, that feels like we are all Hariet once in awhile…..you know how
we virtual class clown, it’s time for Chico Crypto! Well from the title and thumbnail, I bet you
could tell this video is focused on the protocol that is Ethereum. If you have watched my channel for any amount
of time, you have to know that I’m a fan of what Ethereum has built…the multiple
token offerings & smart contracts, sets the foundation for a DeFi ecosystem that is going
to be hard to compete with. But, we know, as the markets start to bubble,
the ethereum “competitors” will crawl out from in their caves. Claiming high TPS, massive throughput, and
we are decentralized not centralized. And like clockwork, Binance, who I have been
saying is attempting to take over the entire crypto markets, and put it in their pocket. Has decided to launch their Ethereum competitor. Now, as we know, CZ Binance is a scumbag liar,
but let’s expose his lies some more why don’t we.

Back when Binance launched the original Binance
chain, only a year ago, CZ tweeted in response to an article, saying the chain challenged
Ethereum. “Thanks for the nice article! But almost too supportive. lol. @Binance_DEX does not challenge Ethereum,
it doesn't even have smart contracts. It challenges ourselves, exchanges. 🙂 Well as I’ve shown over, and over again,
the Binance DEX has been a failure, it is getting crushed by other DEX’s, true DEX’s
that are actually decentralized & powered by…guess what Ethereum! So, Binance, is doing what they do best….creating
a centralized, Ethereum “compatible” aka copied and pasted, chain which can handle
smart contracts.

It’s their attempt to set themselves up
to take a piece of the DeFi pie…that is all this is. Why do you think the Bida, was recently launched? Bidao is going to creat BAI, the Binance chain
competitor to Dai, and MakerDao. Bidao has a whitepaper, explaining how it
will work, just like makerdao and dai, where Ethereum is the collateral and the settlement
layer, except BNB is the collateral token, and Binance chain is the settlement layer. Well, what the ignorant didn’t get, when
Bidao was launched, is if you want to have a stablecoin, like DAI, your settlement layer
needs to have smart contracts, which Binance chain didn’t. But now we have a whitepaper out of a smart
contract binance chain, which if bidao ever wants to launch Bai, they need smart contracts,
so they have to wait for this “new” binance chain to launch, before work even gets performed. And things, get pretty disgusting with Bidao,
so they partnered with another Binance DeFi shill, Tellor…the oracle competitor to Chainlink,
that was in February….well guess what Bidao, Did? They dropped Tellor, and did the “chainlink”
partnership thing, trying to get a pump….

So with all of that in mind, please oh please,
quit using and supporting Binance and projects who partner with them. Birds of a feather flock together, and those
who switch fully to the darkside of Binance chain usually share the same Ethos, of CZ
and the Binance cartel. Lie, Cheat, and steal your way to the top. But let’s get into the good of decentralization,
and step away from centralized fakers….so it’s obvious to see, Ethereum is becoming
the gravity well of tokenized assets, and specifically it can be seen through stablecoins. On Wednesday, April 15th, Messari researcher
Ryan Watkins published a new report titled “Q1 2020 Review: Stablecoins Ascend to New
Heights in Global Economic Downturn.” And in the report, it shows Ethereum is looking
to become the crypto economies main payment rail.

Specifically, ethereum and bitcoin daily adjusted
transfer values, reached parity this Month, about 1.5 billion transferred on each. And we know why that is happening…Tether
USDT, is moving over to Ethereum. Coinmetrics data shows that supply parity
was reached at the end of October last year, and since, Ethereum USDT, has been flying
compared with BTC…we have over 4.8 billion USDT minted on Ethereum, versus only over
1.5 billion on Bitcoins Omni Layer. Same thing can be seen, with the number of
active addresses, although parity crossed 2 months earlier, In august of 2019 So when people say Ethereum can't scale, I
say Bitcoin please….checking out the number of transactions, Ethereum reached parity with
BTC all the way back in July of 2017, and since has been growing it’s gap.

As of today, Ethereum is doing over 800k transactions
per day, while Bitcoin is just over 300k. Although unfortunately, since the Tether printer
started to goooo brrrrrr….the supply of stablecoins on Ethereum is getting purely
dominated by the centralzied USDT…man if only there was something out there, which
would allow these other stablecoins to gain more traction. Well there is something coming soon, and it
even does something in DeFi with bitcoin right now. That project is PieDao which dives us deeper
into the world of DeFi, as the DAO or decentralized autonomous organization in PieDAO is powered
by the DAO Construction protocol, Aragon built on top of Ethereum.. So let’s start out with their Bitcoin product,
as that is out right now. This is called BTC++. So you guys remember, this video, Ethereum
is a better buy than Bitcoin. 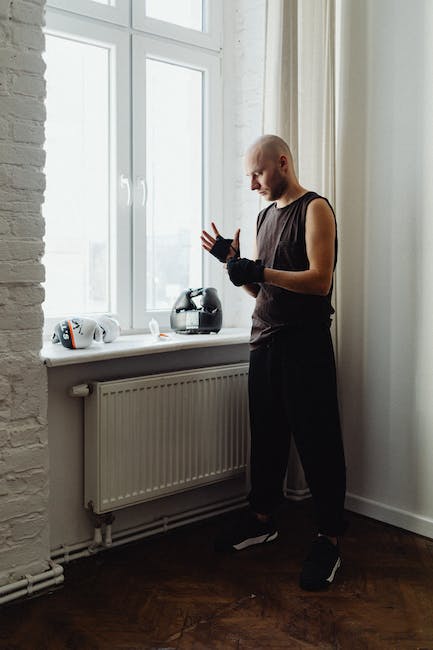 Here’s why? It’s because bitcoin is being brought to
Ethereum. I went over some of the top projects in that
video…well PieDao, is making the risk of putting your BTC on Ethereum about as low
as it can get, as they spread it across the multiple protocols being built and then wrap
it all up into one token, BTC++. So if one protocol goes bust, you don’t
lose everything. As 1 Bitcoin is over 7gs. And it is live right now, as of April 7th,
and they put some dope buffet artwork to go along with the tweet announcing the launch,
as well as trading live on Uniswap. And right now allocation of BTC++ goes like
this, 25% wrapped bitcoin WBTC, 25 percent Synthetix Bitcoin sBTC, 25% pTokens BTC pBTC,
and 25% imBTC from Tokenlon.

It spreads your risk across the live Bitcoin
on Ethereum assets. And as more go live like tBTC and ren’s
BTC…they will add them. But the stablecoin, is key, as they are coming
out with USD++ which will diversify your stablecoin risk across the multiple protocols. Now this one is huge, and I could see USD++,
becoming a mass used coin, as diversification of risk across protocols is going to be key
in a world of smart contracts that are still turning complete. Audits can only do so much, and vulnerabilities
will show up in DeFi projects. This eliminates putting all your eggs in one
stablecoin basket. But what else, is coming regarding Ethereum,
that will make it unstoppable? Decentralized hosting, and the creation of
decentralized websites just got a whole hell of a lot easier. As of the weekend, you can now upload directly
to IPFS, from the Ethereum Name Service manager. Which was put together in collaboration with
Temporal cloud, the enterprise IPFS and data storage platform.

Hrmmm….then going to Temporal Cloud’s
site, their partners are pretty interesting, Chainlink, ENS, and even the EEA. But regarding IPFS, we gotta end this episode
with some funny business….Tron’s IPFS competitor Bittorrent, decided to do a rebrand. With a new logo….hmmm doesn’t that look
like IPFS’s logo…well the creator of IPFS, Juan Benet, decided to speak up about this….he
tweeted “Aaaaaahahaha it’s not enough to fork
all our code, rebrand it and lie its theirs; copy paste random chunks of our papers, and
defraud their investors with a nonsensical mishmash. Tron also can’t even think of an original
logo” It’s really sad— BitTorrent used to be great tech — our generation grew up
admiring it and the team that put it together. Such a shame to see this great name put through
this kind of embarrassment. Of which Justin Scamboi Sun, tweeted back
“Seriously? Do you own the Hexagon shape? You need to reexamine your ego bro. A shame that #IPFS hasn't delivered on filecoin
system in 3 years & #BTFS/#BTT have been running smoothly.

You're a vaporware scamming your investors
w/ concept for a long time. Shame on you! I just have to LOL, because they did copy
IPFS, and it does work you dumbshat, but Vitalik took it over and replied to Justin “This
tweet is honestly painful to read. It's like looking at a zombie: the account
*looks like* something you've grown up with and known and loved for 15 years, but underneath
it's just, well, now it's just another appendage of the Sun dictatorship” Like I said these centralized shatheads, who
are best friends, shaking their booties together…..will come at ethereum from all angles.

And we’re not gonna let them win. Cheers I’ll see you next time!.