Ethereum’s big upgrade! We are just Days away from it! And if everything goes to plan, Ethereum will
be changed for the better and forever! The upgrade is the London fork and the countdown
is ticking, getting closer with each passing second! So are you down to spend the next 600 of those
with me!? Well tick tock, tick tock….it's time for
Chico Crypto! Yes, the countdown clocks are ticking, and
people are getting oh so ready for this day, there's even live watch parties already being
setup on Youtube! So what's the deal? The Ethereum community in general is ecstatic
about this upgrade because it brings in the long awaited EIP, Ethereum Improvement Proposal,
EIP 1559! So today, we are going to talk about this….what
is EIP 1559? How is it going to affect Ethereum.

The good and the bad! And which Ethereum altcoin projects are going
to benefit from the change the most!? Soooo to begin…what is 1559? This is a fee market change for Ethereum. This upgrade will change the first-price auction
fee mechanism to a new basic fee model. A basic explainer of the new model? Well first we need to understand how the old
model works! In the current auction system all Ethereum
users are bidding, basically competing with each other to get their transactions included
in the next block.

If someone pays a higher gwei than you, they
will be included before you! During periods of high demand, this bidding
war can get heated & the amount a user needs to pay fluctuates significantly. Ethereum wallets and dapps analyze this demand
and try to estimate the correct fees. But as we know, this estimation is sometimes
sooo wrong and this leads to confirmation times for a transaction sometimes being as
long as 12 hours or more. However, even a long wait time doesn't guarantee
that the transaction will be contained in a block.

Sometimes transactions get stuck & basic users
don’t know how to FIX it. Basically this is not user friendly at all
especially for the newbies and is forcing users to pay higher fees than they should
be paying! So with this model, it’s the Ethereum User’s
that suffer…while the Ethereum miners are the ones making out like bandits! EIP 1559 Fixes this putting the users first
not the miners. With the old model, the transaction fees we
talked about above, 100 percent went to miners, plus the block reward for mining and securing
the network. With the new model…the miner’s still get
ther block reward for mining and securing the network, but the transactions fee is changed. There is a BASE transaction fee, that is always
burned! A majority of the FEE gets thrown into the
Ether, while an optional miner tip can be included! So let’s break down the new fees, the base
fee and miner tip! This base fee is the mandatory fee, and its
algorithmically set by the protocol and fluctuates according to network congestion.

The aim is to keep the network close to a
50% usage rate, meaning each confirmed block is 50% full. If network usage exceeds 50% capacity, the
base fee automatically increases. If network usage falls below 50% capacity,
the base fee decreases slightly. This creates dynamic and adjustable block
sizes that expand and contract depending on demand. Thus this allows a predictable pricing mechanism
that would allow transaction costs to be automatically set by wallet providers, which removes a majority
of the fee responsibility from users. Although if a user requires their transaction
to be processed quickly, they can add a tip on top of the base fee and the tip goes directly
to miners! Under the ideal conditions proposed by EIP-1559,
there typically would be roughly 50% available block space that could be allocated to transactions
with tips. Which means even a very small tip would be
enough to guarantee that a transaction would be included in the next block! So, now that we learned the basics of EIP
1559, what it is & what it does.

Let’s learn about the good overall benefits! Since Ether will be regularly getting burned
and destroyed forever… Ethereum will set itself fully apart from
the infinite dollar and even apart from the disinflationary bitcoin…Ethereum will become
a deflationary currency. The supply will start to actually decrease
as time goes on!! So in a couple days does Ethereum become a
deflationary currency!? No…not exactly just yet! We have to get to the MERGE, the switch to
proof of stake, before that happens! There is a nice website, ultrasound.money
which has a project the supply tool where you can play with the parameters to see when
Ethereum becomes deflationary! As we can see through the London burn, Ethereum
is still inflationary…and it levels off into the Merge and moving to proof of stake. 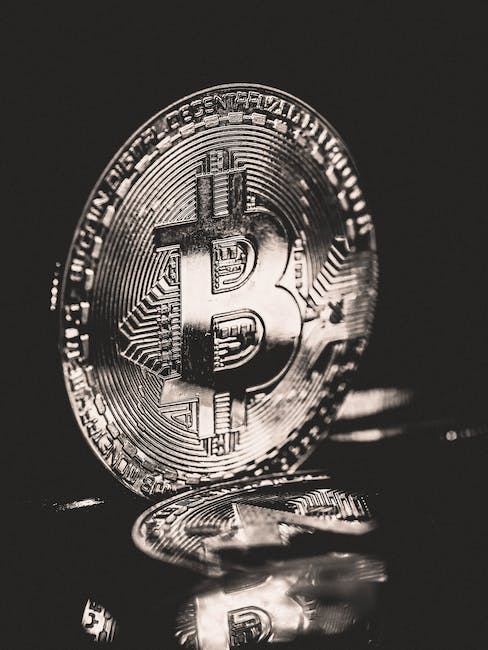 We have to adjust the base fee gas higher,
to get deflationary! The more the network is being used, aka higher
base fees, aka higher burn numbers…is when it starts becoming deflationary! So deflation only happens, post merge and
into proof of stake, and only if the network is being heavily utilized and the burn is
greater than the staking issuance! Which is very likely! Activity on Ethereum is only going to heat
up further as more assets get put onto the chain. Domain names, art nfts, gaming items, real
world assets, dapps integrating these items…the list goes on and on! I for one, believe shortly after the merge,
due to the intense activity of the chain, Ethereum will go deflationary! So turning Ether deflationary, into the most
ultra sound money this world has ever seen is the BIG benefit of implementing the burn
and eip1559…but what about this upgrade could be bad for the network? Well the Ether Miners, the backbone of the
network which has kept it secure since it’s launch, are having their revenues slashed! And remember, a large majority of the mining
pools have publicly stated they are against the EIP, joining the public callout of it
back in February on the website, stopeip1559.org.

Basically half the mining pools aren’t happy
about it… So #1, we could see a migration of hashpower
post EIP1559! If a miner isn’t happy about the revenues
they are getting on Ethereum, they do have an options! They can take their hashing power and mine
someplace else…like the easiest place, which will require the least amount of switching
work…Ethereum classic, as this is a fork of the Ethereum chain, and some consider it
the true chain! But looking at profitability of mining…It’s
nearly twice as profitable to mine on Ethereum, than on Ethereum classic.

So the question is…post eip1559, what is
profitability going to look like. Ethereum vs Ethereum Classic. If they are getting close to equal, it just
might be in the Miner’s interest to make ETH classic their new home! So are miners planning to make the switch!? Well a major Ethereum infrastructure company,
working on the Merge, Nethermind tweeted about this just last week and said “It's no secret
that many mining pools haven't been fans of EIP-1559, primarily the fee burning aspect
to it. But how will EIP-1559 affect MEV, another
large source of revenue for miners? A quick thread. They continue “One of the changes that will
occur is that miner revenues will fall as a result of this change (part of why they
opposed the change). Luckily, a simplistic analysis indicates that
the majority of hash power (98%) will stay with ETH, despite EIP-1559. So, how do they make up for that lost of revenue? We explored two potential ways: – extracting
more MEV – artificially limiting block sizes So according to Nethermind, 98 percent of
the Ethereum hash power is staying post merge! Only 2 percent is projected to leave to other
places like Classic.

Butttt, the miners are going to be playing
some games. Like #1 Extracting more MEV, aka extracting
value from users of the protocol by frontrunning transactions…and #2, artificially limiting
block sizes, aka miners could coordinate to keep the block sizes to the point where the
basefee is 0, forcing users to pay high miner tips to the miners, undermining the benefits
of 1559. So first we have to talk about MEV, the miners
extracting value from the users to make up for the lower protocol revenues. Since this data point has started being tracked
by Flashbots, over 687 million has been taken from Users. Like Nethermind said, this is going to increase
post eip1559 as Miners are going to ever-be looking for MEV opportunities! And you can see how much of this is coming
from you, using a tool like sandwiched.wtf…which shows which transactions of yours on DEXs.
had MEV extracted from them. One of my addresses had paid 2.69 Ethereum
extra to the miners just through DEX trades! How much have you lost? Well if you want to check a link for the tool
is below in the description! So remember, I said there could be some altcoins,
getting looks due this EIP and ethereum upgrade!? Well it’s the altcoins focusing on solving
and providing solutions to the MEV crisis.

As MEV problems are going to rapidly increase
post EIP and, even with the MERGE. MEV isn’t going away with the miners…it
will just transfer from the miners, to the proof of stake validators! So, the creators of that sandwiched tool is
Alchemist Coin! They also created MISTx, the exchange that
protects you from MEV getting extracted through DEX trades! Everyone should know they are my #1 horse
in this MEV race. But if you didn’t… Why are they? Well Flashbots is the #1 MEV research entity
in space….. The GoStep, known member of Flashbots, is
the creator and leader of alchemist coin. They have the close connections to flashbots
like no other entity in the space, that even promotional material for mistx, says it’s
powered by Flashbots! Other Flashdex’s in the space don’t get
that honor… But there are other entities working on MEV
too! Gnosis and Balancer are collaborating to create
their own MEV based products, including their own flashdex called cowswap! There is also ArcherDAO and even KeeperDAO
Rook working on MEV solutions of their own.

This isn’t a bad thing for alchemist though…competition
breeds innovation & to solve MEV, we need quick innovation as the extractors aren’t
going to slow down. Cheers I’ll see you next time!.