Ouch…I’m sure that’s what a lot of people
are saying right now when they looked at their crypto portfolios this week. Don’t worry, I said it too. Bearish downtrends are never a fun time in
the markets, but with our channel, we will try and keep the laughs coming, making you
feel like goldilocks in an empty house. The bears might be knockin, but we won't let
them in! Because it’s time for Chico Crypto! I could talk about what every youtuber is
posting about either yesterday, or today….the pesky bitcoin options, which is looking to
push the price towards MAX pain. What does this mean?? Well a record 6 billion of those bad boy options
are set to expire today, and THE FUD of a drop to the max pain point 44k was everywhere. Well, I’m not going to repeat that, go watch
the youtubers who repeat each other in a circle daily. I’m going to repeat the bullish stuff, that
no one is really covering when they should be… Elon Musk, he came out of the woodwork once
again, and tweeted not about Bitcoin…but about DeFi.

He said “Don’t DeFy DeFi” And The Etherean crowd goes wild!!! Well I’m going wild, because if he’s tweeting
about DeFi…decentralized finance, he’s tweeting about Ethereum, the home to the DeFi
kingdom. A stark contrast to what he tweeted the day
before…all about BTC, accepting it for Tesla’s and even going all in by running full nodes
& holding the BTC they receive. And now the next day, it’s all about DeFi,
which as we know Bitcoin does not have? What the freak is going on? Well, you should know Elon has had his eye
on Ethereum before this…Nearly 2 years ago now, Elon out of the blue tweeted “Ethereum”
in April of 2019…and then followed it up with some very telling words “What should
be developed on Ethereum?” Well he’s had two years to think about it….what
should be developed on Ethereum.

And Chico thinks he's developing Ethereum
on top of Bitcoin, and possibly beyond. Let me try and explain. I’ve said this before, with DeFi, decentralized
finance on Ethereum. You have the perfect system for the future
of finance. Wallets, DEXs, other financial services can
be plugged in and out easily, thus shaped together to create new infrastructures and
new monetary/payment systems.

Ethereum is always considered the base lego
block, the base layer that hosts the ever growing number of these pluggable defi services
or applications. Yes, ethereum can be considered the base layer
of DeFi, but that doesn’t mean it can’t be layered on top of bitcoin to bring that
DeFi. It’s services and applications to the asset. Which is already happening if you know where
to look. Dune Analytics tracks the number of Bitcoin
on Ethereum, and as we can since you were able to do it, last year May of 2020, the
number of BTC that have ethereum layered on top of it has surged month after month.

And as of today is nearly 183 thousand BTC,
or pushing toward 1 percent of the supply in under a year. I’m showing you this, to get it through
your heads Ethereum is becoming BTCs DeFi layer & it’s only going to accelerate as
DeFi grows, and allows you to do more with that BTC. Which leads me into what I think Elon is planning… Besides cars, Tesla's other significant business
is Tesla Energy… This side of the business involves solar panels,
solar roofs, and batteries. On the consumer side, The batteries are used
in their vehicles and also they allow for power storage for their residential solar
systems, solar panels and solar roofs, and they are sold as the Tesla Powerwall, instead
of in your car…the battery pack is in your home! In most states where residential solar is
installed, surplus energy from the arrays can be fed back into the grid where the local
power company will "net meter" or prorate a customer's electric bill based on what they
generate into or draw from the system.

Which is a nice thing, but let me tell you,
it’s the energy companies making bank on the solar people’s backs… They could be making so much more, if they
were allowed too…and here is where the batteries come in to play. Powerwalls and possibly eventually your Tesla
can store that surplus energy from your solar assets and power all the things in your home. But once they are full, you gotta start selling
back to the grid…or do you??? Going back to Elon’s acceptance of BTC tweet
for Tesla vehicles, he leaked something when he spoke of them running their own nodes. He said “internal software”. Like Tesla is working on creating something
themselves. The engineering team. Tesla has vast resources in the R&D department,
spending nearly 1.5 billion on it in 2020, which is nearly double of what they spent
in 2016. They have grown this engineering power over
the years, which has allowed things like the solar inverter to take shape.

From Tesla's website on the inverter they
say “ The Tesla Solar Inverter completes the Tesla home solar system. Once installed, homeowners use the Tesla app
to manage their solar system and monitor energy consumption, resulting in a truly unique ecosystem
experience. And the Key features we need to focus on:
Wi-Fi, Ethernet and cellular connectivity with over-the-air updates. Why is this important? Well the inverter, wifi, and cellular connectivity
position the solar to system to be easily attached to a cryptocurrency network, and
the Tesla app is ready to be integrated or turned into a crypto management tool, that
is easy for consumers. So just spill the beans Chico, what is Elon
going to do? He’s going to decarbonize BTC, by a distributed
network of solar assets. He is going to lower the costs of these assets,
vehicles, solar systems, batteries, by allowing consumers to use their energy and point it
towards the Bitcoin network. The next question I’m sure you are asking
yourself is how!?? But before we get into that, it’s time for
a sponsored segment of this video supported by our friends at the Circuits of Value, COVAL
and like always the full details of our agreement can be found in the description. 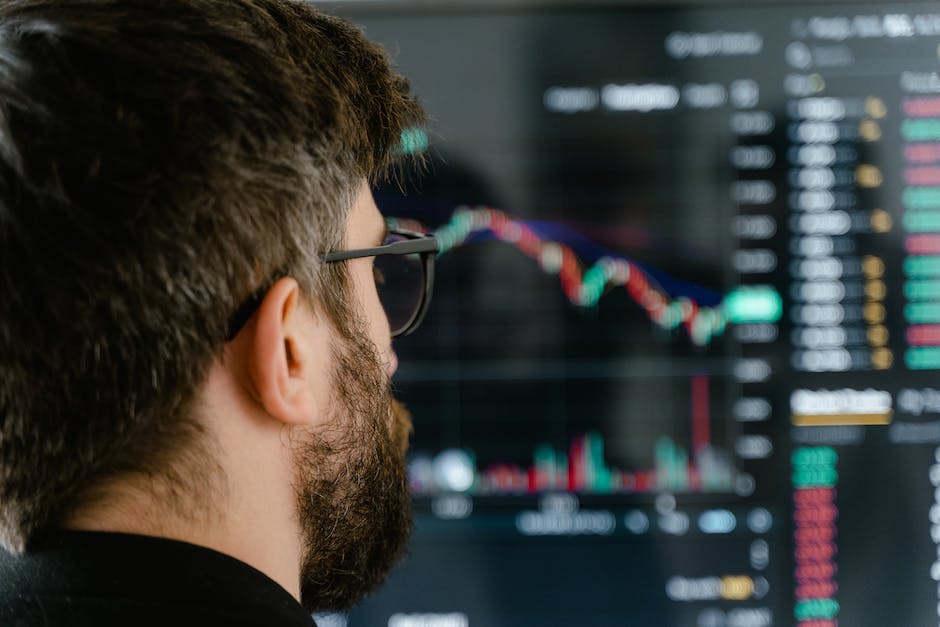 Cross chain & NFTs!? Does that sound like something you're interested
in? Well Coval takes that one step further with
their concept of emblem vaults. Their protocol allows the ability to take
different blockchain tokens, and put them into a single token. Basically creating a token, that is a multi
asset crypto wallet in itself. And the vault is created as a custom erc721
asset, an NFT.

A multi asset NFT wallet of sorts. So assets from what blockchains? Emblem Vaults can accept assets from of course
Ethereum, but also Bitcoin, xDai, Polygon, BSC, and even Fantom. 6 blockchains as of right now! And of course, the vault lives across them. So what does do for the crypto ecosystem? Well some of the use cases. Create Value backed digital art with a vault
that contains one or more pieces of Collectable NFTs along with some Bitcoin. Tradable Portfolios too. It’s possible to Combine multiple assets
into a single token. 40% BTC, 20% ETH, 10% LINK, 10% AMPL, and
so on. Thus that entire portfolio can be traded as
just one token. What about Portable Liquidity Pools. You could Create an Emblem Vault with multiple
pool tokens to make transferable liquidity pools. Balancer, Uniswap & More. Transparent Funds is also a benefit because
you can create an Emblem Vault that is held by the community or other trusted third party
that multiple people can deposit to with trust. Going to their website, and into the application
we can see some of their featured emblem vaults. Live and ready to go, some based on NFT art,
some based on crypto assets, like the money printing vault which shows off the cross chain
capabilities.

It holds both ETH and BTC assets. Or even my own Chico Crypto emblem vault,
which can be viewed on OpenSea since it is an NFT…it also contains assets from the
bitcoin and ethereum blockchains. Now how does this work? Well a high level overview goes like this. The Emblem Vault, tokenizes a bitcoin or ethereum
virtual machine addresses within itself, and the private keys for the assets are encrypted
and split between the NFT and Google HSM Cloud (the creator does not get access to them)…and
according to their roadmap, they are getting ready for key storage to move to the secret
network for even more security soon. This enables you to swap the ownership of
those addresses, since the NFT is the owner of them. The only way to get them out is to destroy
the NFT which whoever holds the NFT can do. Which allows other use cases, like the vaults
holding other things.

Hidden Data, vaults within vaults & NFTs for
NFTs and so much more. So if any of this, fits your NFT fancy, links
for everything are below… Now back to Elon, and how he could be changing
the crypto game with Tesla Energy. So instead of consumers with their saved power
in the batteries, being forced to sell that back to the power companies, they could sell
it to power bitcoin miners machines. Those that pledge a sustainable goal. Why do you think it’s such a hot topic here
recently. Cleaning up BTC mining. It’s not just coincidence. Cointelgraph spoke of it in December of last
year “Bitcoin mining: The next decade of sustainable crypto innovation begins today” And then just 2 weeks ago, Business Insider
posted this article “Bitcoin mining can be a 'bridge' to a renewable energy future
by supporting green projects, a leading North American miner says” Who was that bitcoin mining player??? From the article it says, Foundry….a sister
company of major bitcoin player Grayscale! And according to the block, they have been
in stealth mode, just coming out of private Beta a couple weeks ago too.

So why is this Foundry, New and Major North
American Bitcoin Miner, who is a sister company to the largest institutional player, Grayscale
and Digital Currency Group…important? Well let’s just rewind to when Elon got
swooned by Saylor,… Micheal Saylor tweeted about Elon buying a large amount of BTC, he
said he purchased over 1.3 billion of it, and would love to share his Playbook with
Elon in response to him asking if large billion dollar tx’s were possible.

This was December 20th, 2020 Well less than 2 months later, Elon purchased
not 1.3 billion, but 1.5 billion. He must have taken some tips from Micheals
buying strategy. What is Michael's buying strategy? Through Whom?? Well Micheal leaked his strategy in October
of 2020, months before he told Elon. He said “Institutional support for #Bitcoin
continues to build, with Grayscale leading the way” the same Grayscale, tied to Foundry
who is talking about sustainable bitcoin mining. You see it, cuz I do. If I just confused you even more, and you're
like what about Ethereum! keep watching I’ll clear it up soon! Cheers I’ll see you next time!.