Well the markets are back & ready to give
the 60k level another try….BTC decided to bounce off of just below 50k, and to begin
this week we were bullish pushing up towards 55k. My opinion….? This is the beginning stages of the last hoorah! What is that?? Find out in just about 10 minutes, because
it’s time for Chico Crypto!!! THEEE last Hoorah?? A term I’ve coined for this bull run. The final push up towards this run’s peak…I’ve
been estimating for some time, that peak… to be around $100k thousand dollars. 2 months ago, 100k BTC in 2021? Visa & Coinbase Plan on it…3 months ago
100k Bitcoin in 2021, Here’s how it happens and then nearly 2 years ago, in the bear market
I said: in the next bull run Bitcoin will hit over 100k. Here we are in that Bull Run I was speaking
of in May of 2019.

May of 2019, the price of BTC was around 6
thousand bucks…who would have thought back then, the charts would look like this, and
100k is in sight & not out of the realm of possibility. Well I sure did! So now that we are more than halfway to that
fabled number. What is going to be the events, or reasons
which get us the rest of the way to 100k? And will this run, even continue?? The Coinbase IPO, has gone and went, what
else could there be this year Chico!? Well, that Musky Boi, Elon has something up
his sleeve….he had Tesla’s Q1 earnings call yesterday, and I’m not sure if he revealed
anything, as I shot this video before the call, but Chico has been on the trail of his
BTC moves since and even before they begun.

Elon is looking to turn BTC green…the writing
has been on the wall. If you couldn’t see it, let me write my
cursive for you, and hopefully that opens you’re eyes. Last week, Square Crypto tweeted “If bitcoin
needs anything, it’s more white papers. In this one,
Square and ARKInvest team up to argue for bitcoin as a key driver of renewable energy’s
future, with a link to the detailed whitepaper, which argues Bitcoin and crypto mining, is
an ideal compliment for renewable generation and storage. It provides an alternative revenue source
for entities, and enterprises deploying renewable solutions across the globe. Of which Jack Dorsey, CEO, tweeted “#bitcoin
incentivizes renewable energy” Guess who decided to jump right in? Elon Musk with the words “true”….now
why would Elon Musk do this? Just to provide his input, and get social
recognition? Nah, there is more to this, than meets the
eye… Now who was Square’s whitpaper put out in
Collaboration with?? ARK invest.

From the whitepaper they say “ The Bitcoin
Clean Energy Initiative has developed this short research paper as a starting point to
share our vision for how bitcoin mining – in conjunction with renewable energy and storage
– is especially well suited to accelerate the energy transition. To complement this work, ARK Invest has contributed
an open source model that demonstrates how bitcoin mining could augment these renewable
+ storage systems to supply a larger percentage of a grid’s baseload energy demand for comparable
or lower cost unit economics. This work is merely the beginning of what
we hope will be a fruitful exploration of solutions to help usher in an abundant, clean
energy future” ARKinvest in more than just sitting by the
wayside, a name, they are seriously involved.

So who is ARK invest? They are a disruptive investment management
firm based in New York City that of course dips into disruptive tech, but also ETFs focused
in disruptive areas who have been outperforming competitors. It was founded by Cathie Wood in 2014. As of February 2021, the company had $50 billion
in assets under management” I wonder what ARK Invest’s portfolio of
ETFs are predominately made up of? Well you guessed correct…two of the top
are Tesla & Square! (Link #6 Ark Invest March Tesla prediction)
Then I wonder what Ark Invest was predicting just last month regarding Tesla? Well they put out their price Target for Tesla
into the future. And it was BULLISH! Expecting shares to hit 3000 dollars by 2025
and even 4000 dollars in a bullish case! In February it was found out in Quarter 4
of 2020 Ark, boosted its GBTC shares by 2.14 million, bringing total investment in the
BTC investment vehicle to 7.13 million shares. Obviously they are soooo freaking bullish
on Tesla, Square, and Bitcoin….and beyond! When the Coinbase IPO rolled around, guess
what Cathie Wood and ark decided to do. Buy up 246 million dollars of it, as it debuted. Why would Ark be doing this? Just pulling this move out their bungholio
or do they know there is something brewing between them, Tesla, Square, and the future
of BTC!! Well the Cathie Wood replied to Jack tweeting
that bitcoin incentivizes green energy. 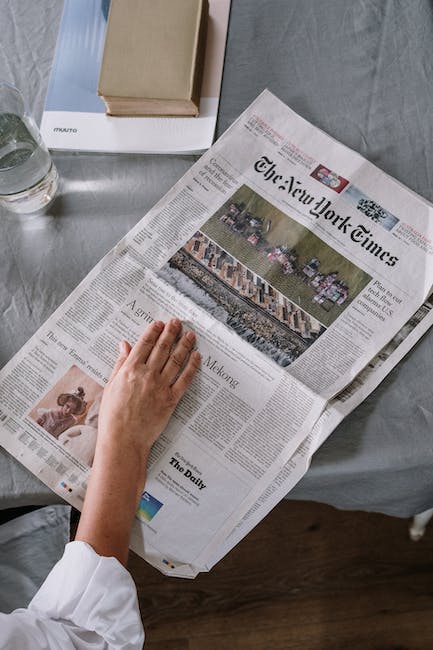 Cathie said “In a research collaboration
with, Square and Ark reseachers, they debunked the myth that #Bitcoin mining is damaging
the environment. Instead, as crypto mining, energy storage,
and AI technologies converge, the adoption of renewable energy is likely to accelerate! Now, one of those researchers is SkorusArk…aka
Sam Korus, and the last thing on his twitter, besides retweeting Jack is this. “Convergence alert: Solar+Batteries+Bitcoin. What Tesla did for battery cost declines,
Bitcoin mining could do for renewables…. Sam Korus, specifically mentioning Tesla,
in a tweet about batteries, solar, and bitcoin. HMMMM????? So what do I think is going to happen this
year? Well in late March just a month ago, rumors
started circulating that Tesla was going to open up their supercharging network, to all
electric vehicles, not just Teslas.

What does this have to do with anything Chico?? Well when this happens, rumored later this
year, the Tesla Application, is getting a major overhaul. From the rumor tweets, the “leaker” said:
requirements? Adapter and Tesla App. Providing this type of functionality beyond
their core customers, would require the app to be updated… And we think it's going to be a big one! This will be when Tesla and Square announce
their initial partnership. Square someonhow will be providing payment
functionality, for those outside of Tesla’s own network….and eventually more. Square and Tesla partnership, integrated with
the new Tesla App, very nice…but what about Bitcoin?? Well this is coming in the next version of
Tesla’s Powerwalls. Everybody knows the Powerwalls store surplus
energy and power various things homes, including air conditioners, and charging Tesla Vehicles. I made a prediction a while ago, that these
Powerwalls, could re-route some of the energy they store, to sustainable crypto miners.

Providing powerwall owners with another revenue
streams..let’s hear what I had to say last month Everything was ready to be integrated with
crypto networks,.but now I think Tesla is taking it one step further! I still think this functionality will be implemented,
but the next version of the Powerwall is going to house a bitcoin miner within itself. Why do I think this? Well it ties right back into ArkInvest. One of their researchers, Brett Winton also
tweeted during the whitepaper release. He said “A solar-battery system alone experiences
decaying profitability as it attempts to accommodate a larger share of grid demand. Paired with a bitcoin miner, however, the
system can be effectively overpowered to hit baseload quality dispatch rates without hurting
system profitability. Solar Battery systems, paired with bitcoin
miners! Like a Tesla, home solar battery systems being
paired with a bitcoin miner?? I think the writing has been on the wall.

These entities are doing this all for nothing… So if my speculations are true, and Square,
Ark Invest, and Tesla have something up their sleeves later this year….100k Bitcoin is
not even close to out of the realm of possibility! Who said this year, didn’t have more to
be excited about. Screw you Bears, go home…Bitcoin is our
future. Cheers I’ll see you next time!.