Hey yo, what’s the vote, with the Chico
Army & if your new, and looking for a youtube crew, subscribe, to drop the title of viewer
of the tube. My names Tyler, and this old guys monologue
is the perfect beginning to the coming content. You know our Vermin Supreme, it’s time for
Chico Crypto! Controversial to start the week? Why not?.. Tomorrow is the day people are putting pen
to paper, to vote on who should be running America for the next 4 years. The Trumpster or the Bidster….so today,
we are going to decimate, dissect & understand which of these three, are better for Bitcoin… So, let’s begin the day off with our current
president. Tramp. So, publicly, he has told us what he thinks
about crypto. He tweeted in July of 2019 “I am not a fan
of Bitcoin and other Cryptocurrencies, which are not money, and whose value is highly volatile
and based on thin air.

Unregulated Crypto Assets can facilitate unlawful
behavior, including drooga trade and other illegal activity….We have only one real
currency in the USA, and it is stronger than ever, both dependable and reliable. It is by far the most dominant currency anywhere
in the World, and it will always stay that way. It is called the United States Dollar!” He is not a fan, he thinks their values are
based on thin air, used for droogas, unlawful behavior and other illegal activity. And he has a hard on for the dollar. So when someone publicly states, they don’t
like something, it’s because they mean it. He isn’t playing 4d chess, he is an old
fart that barely knows how to use a computer, he hates bitcoin, and he will never understand
it, because he doesn’t want to. And What else has he said?? Well let’s just talk about his treasury
secretary, snooch mynooch, steve mnoooch. It was leaked this year, that Trump in 2018..was
directing him to “go after bitcoin”. This was in the summer of 2018 friends. May to be exact…..Steve Mnuchin, as treasury
secretary, was told to do something about BTC.

So did he? The nooch? Well of course he did & it all makes sense
now..you just have to look at the timelines. So let's begin, just after 2008, the last
financial crisis…. Steve has a best friend, who worked with him,
at OneWest bank, where they earned the nicknames foreclosure kings…for their cruelty in kicking
out struggling families to repossess homes..but also the elderly. OneWest’s, financial freedom unit, which
issued reverse mortgages, foreclosed on over 16000 homes, with elderly residents since
2009. So who was his partner in home wrecking crime? None other than our acting comptroller of
the currency, in Steve’s pocket with the treasury, Brian Brooks. Now, remember, I said the timelines…well,
Trump directed Steve to go after bitcoin, in May of 2018. What did Steve’s buddy do, Brian…. just
3 months later, in September of 2018…well as we can see from his Linked’n…he joined
Coinbase. Take down BTC, words from Trump’s mouth
May of 2018, by September of 2018, Steve’s partner in crime joins Coinbase? Brian is only at Coinbase, for just over a
year, before rejoining his buddy Steve, now as a top financial regulator? Something stinks, and it stinks BAD! I mean, why would Brian do this? Financial disclosures show that Brian, had
to sell 4.6 million is Coinbase stock options, and take a massive salary cut, to join the
comptroller, a salary cut of 1.4 million per year, to under 300k as the acting comptroller
of the currency.

That’s a massive pay cut, that’s a massive
chunk of stock options you're going to miss out on…like million upon millions, and maybe
even more over the next couple of years…if you didn’t know, Coinbase in July announced
they were planning an IPO, So…Brian, just threw away stock options, for probably the
biggest IPO of the century…does that make sense? And here’s exactly why I believe Brian,
is not a friend, and is actually a foe…He is a trojan horse, made to look like a friend,
but deep down, his MO is to take it all down. So, July of 2019, Brian Brooks, is on the
team of Coinbase…. Trump put’s out his infamous, I hate bitcoin
tweet….Brian Armstron of Coinbase, retweets it saying “Achievement unlocked! I dreamt about a sitting U.S.

President needing
to respond to growing cryptocurrency usage years ago. "First they ignore you, then they laugh at
you, then they fight you, then you win”. We just made it to step 3 y'all” So, we are at the “fight you” stage with
Trump in July of 2019? Oh ya your soooo fighting for Bitcoin, when
you have Trump’s future comptroller of the currency, on the coinbase team who is best
of friends with his Treasury Secretary. I’m still trying to figure all of this out,
but either Coinbase, got trojan horsed…or Coinbase, bowed down to the powers that be,
and are in on the destruction of bitcoin now.

And I’m leaning towards the latter, as Brian
Brooks, before September of 2018, had not a lick of involvement in the crypto space,
there is nothing about him talking about it & Coinbase knew who Brian was when they hired
him, they specifically mention his involvement with Onewest, thus they knew his ties to Steve
Mnuchin, and that administration. So, a recap, Trump hates Bitcoin, he’s public
about it, and he has directed people who work with him to “go after it”…So now it’s
time to switch gears to Biden. Now he has been much more silent about BTC…the
only thing Joe has publicly stated, was after the twitter account hacks this summer, he
tweeted “I don’t have Bitcoin, and I’ll never ask you to send me any. 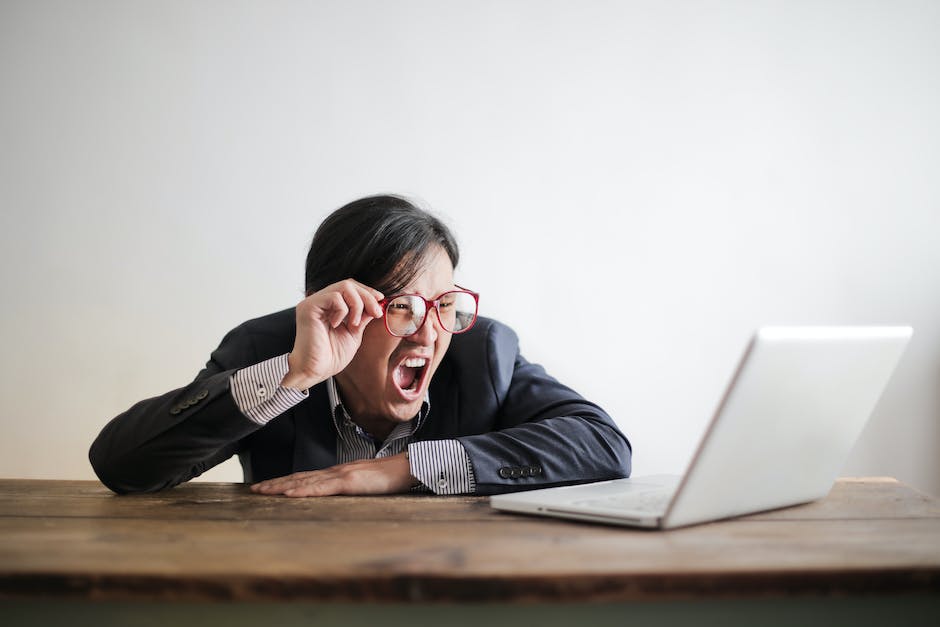 But if you want to chip in to help make Donald
Trump a one-term President, you can do that here. That's about it, from Joe, from what I could
find regarding his public words on BTC. But his running mate, Kamala has a bit more..nothing
publicly stated, but according to Decrypt, her VP team does have pro-crypto people on
it, including Ryan Montoya, former CTO of the sacramento kings, who got them gungho
on Bitcoin and crypto, even mining in the kings arena. Although, we gotta talk about Joe’s capital
gain tax policies, especially if we are going to talk about crypto. According to Biden’s tax plan, capital gains
will be raised in certain income brackets. Now, with his plan anyone making over 400k
per year, is going to have their taxes adjusted Under 400k, taxes will be the same. So what percentage of Americans are getting
their taxes raised?? Well let’s just go to the household percentile
income percentile calculator, and put in 400k…oh, you are in the top 2 percentile, only 2 percent
of Americans…98 percent of others have less of an income… But, crypto isn’t wage income, it’s investment
income…and again investment income for those making under 400k will stay the same, for
those who make between 0 to 40k in investment, capital gains tax is 0 percent, 40k to 441k
is taxed at 15 percent, and above that 441k, it’s currently taxed at 20 percent.

This would all stay the same under Biden,
only those making over 1 million per year, would have their capital gains raised…it
would be raised to 37 percent per year for them. So, for over 99 percent of crypto traders,
who don’t trade over 1 million per year & over 98 percent of americans, those who
don’t make over 400k per year… things will be the same regarding taxes. And from all this, you would think I would
be coming to the conclusion, that Biden is Better for Bitcoin…Butttt, Taxes, regulations,
the control over crypto…..It's the MO of both administrations. If you’re truly for crypto, your for Satoshi,
your for the freedom of money, you wouldn’t vote for either of these Turds. Because there is a better option. Who is more crypto friendly, than either of
them, and guess what? This is America, where you get to vote for
whoever you please, the candidate fits your views, and if anyone tells you voting third
party is throwing away a vote, their just brainwashed funks, who think they have a voice,
but really are just a 2 party system controlled robot idiot.

So who is this better candidate Tyler? It’s Jo Jorgenson, the Libertarian candidate…and
why is she running for prez? From her own mouth “Because the government
is too big, too nosy, too intrusive, and it often hurts those it tries to help” And she isn’t afraid to speak on Bitcoin,
and her administration's pro-crypto views. In an interview with bitcoin.com in June of
this year, they asked “Can you tell our readers what types of plans you have that
would address specifically bitcoin and cryptocurrency advocates? Jo replied “First I would enact Ron Paul’s
Free Competition in Currency Act.

This would repeal legal tender laws and taxes
on coins and monetary metals. And it would repeal the prohibition on coining
money. Also, I would repeal the Bank Secrecy Act,
Know-Your-Customer (KYC), and other laws that violate our right to financial privacy. Many people go to bitcoin because they do
want privacy so I would work to repeal those unjust laws. I would also appoint commissioners to the
CFTC and the SEC who would then seek to deregulate Bitcoin and other crypto-assets. I would appoint leaders at the Treasury Department,
who would be told to leave bitcoin and crypto operations alone. Lastly, I would pardon Ross Ulbricht, the
individual who operated the Silk Road (SR) marketplace” Soooo, if your pro bitcoin, pro crypto, pro
decentralization, there is only 1 candidate who should fit your bill.

The only one who has publicly stated what
they would do, that is pro-crypto…. The other two, for the Democraps & Rebublicants…they
are actually 1…both parties are for bigger government, just in their own funked up forms,
they enjoy the power, and the more centralized it gets, the better for them. Decentralize the US government why don’t
we? By adding a third, I mean a second party…..and
guess what? The only people who can do it, are the people. You just gotta break out of being hypnotized…. Sooo, I know, my voice is only so much, but
if I changed a few people’s opinions its worth it. I know Jo isn't going to win..but things have
to start somewhere, let me try and explain….it’s going to be a tough, rough…upwards climb. 2016 election, Libertarian Candidate Gary
Johnson, knew he had a slim chance of winning, but for some reason, wanted 5 percent of the
vote? Why? It would entitle his party to fair funding,
and equal treatment, 10 million dollars to be exact.

Did the libertarians get it? No, Gary got just over 3.2 percent of the
popular vote…although, compared with results in 2012, he only got 1 percent. So, Jo, is once again shooting for that 5
percent number and if they keep up the percentage gain in votes compared with 2012 and 2016,
Jo should cross that 5 percent mark and secure federal funding for their party, potentially
helping them secure a spot on the presidential debate stage, they would have the funds, like
the others to get the libertarian 2024 candidate polling above 15 percent, in that national
polls, the requirements to be on the national debate stage. It can happen, your third party vote is not
a waste. Cheers I’ll see you next time!.