While everyone has been excited and focused
on a certain Ethereum upgrade…another crypto so important to the Eth ecosystem is having
a BIG event too! And the event starts today! So are you ready to get Stinky with my linky!? Well it’s about to reek for about 10 minutes! Because it’s time for Chico Crypto!! Everyone knows I’m a big fan of that stinky
LINK! It’s a major part of my crypto portfolio
& for good reason. In the month of July alone, Chainlink set
a record. 62 integrations, or crypto projects utilizing
the Chainlink network of oracle nodes! Now, you guys should know that Chainlink has
competitors out there. There have been many oracle based projects
which have popped up over the past couple of years! I wonder if they have close to the amount
of integrations that Chainlink has? Well no, as you can see Chainlink is off the
charts. Over 679 dapps, protocols, and crypto projects
which have integrated Chainlink. The next closest is BAND which only has about
67 integrations! Actually if you took all the competitors,
including BAND and added their integrations all together, Chainlink still has 40 percent
more! Obviously Chainlink is the best or this wouldn’t
be the case! Chainlinks network of oracles is the most
time tested, secure & efficient way to provide data to these dapps and projects! And projects that don’t use Chainlink….usually
suffer! BZX February of 2020, exploited…within a
month, by March they announce they are using Chainlink oracles & they haven’t been exploited
since! Same goes with Value DeFi…they were using
their own centralized oracles, got hacked for 6 million…and they turned to Chainlink
to stop any more damage..which has held true since they integrated.

And then in January of this year, Warp Finance
got exploited for 8 million. They also turned to Chainlink to stop flash
loan attacks, which has proven to be a solution to their oracle problem! Well, Wault Finance was just exploited a few
days ago, similar to Warp in a Flashloan attack. What do you think is going to be announced
soon!? Wault will be implementing Chainlink oracles
and price feeds…just wait….it’s going to happen! It’s not only small dapps and protocols
implementing LINK for security. But some of the most hyped scaling solutions
for Ethereum are too! The LinkHound on twitter @link_hound posted
this a few days ago! “This is cool, I know the Chainlink community
have been waiting for this one. Chainlink data feeds are unequivocally up
and running and live on optimismPBC! And there are 4 feeds live! But it’s not only Optimism’s rollup! Also the Arbitrum rollup! The Link Houd also tweeted this in the middle
of July “Have fun everyone.Chainlink you are amazing! Arbitrum Bridge, Arbitrum Inbox, Arbitru L1
Gateway Router…and they show a token address which is interacting with all of this….

It the Chainlink token on Arbitrum! What does this all mean? Well Chainlink God, explains below “This
looks like the Arbitrum token bridge now supports the $LINK token so it can be used to pay for
Chainlink oracle services like price feeds, VRF, proof of reserve, keepers, any API, etc
natively on the Arbitrum One network” Soo now that we get the importance of Chainlink
to decentralized ecosystems, across the board…it’s time to talk about Chainlink’s BIG event
that begins today! Chainlink is having it’s Smart Contract
Summit #1. Yeah the first one in its history, where they
are bringing together industry heavyweights to talk about smart contracts, NFTs, DeFi
& of course that stinky link! Many heavyweights including the Flan Man himself
Sergay, but also Ari Juels, Stani of Aave, Robert Leshner of Compound, Kain of Synthetix,
Shelia Warren of the world economic forum, Ed Felten of offchain, the creators of arbitrum,
john wolpert of consensys and baseline protocol, and the list goes on & on…over 200 speakers
are going to be talking at Chainlink first Smartcon… They are obviously going all out for this! But the main dude, Sergey Nazarov, is speaking
on each of the days.

Today, tomorrow and on Saturday! And I have a feeling he is going to be speaking
on something very special & anticipated by the entire Chainlink community & beyond… Chainlink Staking! Why do I think this? Well just last week…July 27th. Chainlink released a blog titled “explicit
staking in Chainlink 2.0: An Overview”. In this blog, they gave a thorough overview
of explicit staking in Chainlink, one of the more thorough overviews since the release
of the Chainlink 2.0 whitepaper back in April! They dove into service agreements, the two
tiered oracle networks that will be created including the cryptoeconomic security of second-Tier
Networks via User Voting…and even how this works in a simple picture, where they are
using t-systems aka t-mobile’s Chainlink node as an example! Now why would Chainlink do this!? Release a thorough blog post on Staking, unless
they were going to also be talking about it at Smartcon! So are they going to announce Chainlink staking
is ready? Will Sergay Drop the bomb at their first SmartCon!? Well sorry to burst your LINK bubble most
likely not! Remember, going back to the BLOG they released…Service
agreements are a major piece of Staking…And there is a Chainlink development tracker,
on pivotal tracker…which shows what, when & how the protocol is being worked on.

I’ve included a link for it down in the
description, if you are interested! But in the pivotal tracker we can search by
Service agreement and click on that to view all tasks or stories. As we can see 19 stories for this Service
agreement have been completed…they are in the green. Although there are 25 in the blue, aka in
the icebox, which means they still need to be completed! Although not all stories are going to need
to be completed, some stories or tasks get thrown out the window…. So based on this information. Staking won’t be ready by SmartCon…but
I still have a feeling, they are going to be dropping some bombs regarding it. 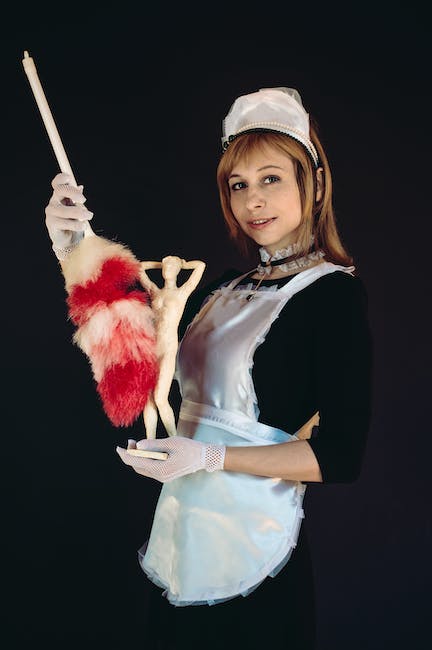 That blog release last week tells me they
are! Although, if you want to get prepared for
Chainlink Staking in a certain way…there is an option with the #1 Chainlink service
provider….LinkPool and the founder and CEO, Johnny Huxtable will also be speaking at SmartCon! And in the Chainlink Staking Blog, they even
mention one of the product that Linkpool has created! They mention Chainlink markets and below even
show Linkpool’s data feed and their nodes! Obviously Linkpool is an integral piece of
Chainlink’s ecosystem! They have been working right alongside Chainlink
the longest & their Chainlink nodes are some of the most utilized throughout the ecosystem! So let’s talk about Linkpool staking and
how this can prepare you for Chainlink staking! Going to the Dashboard…you can see the APR
for staking LPL…it’s tiny compared with other rates in the space, just above 1.5 percent,
although that is paid in Link tokens! So why would you want to buy and stake LPL? What is the benefit? Well as you can see there is a Linkpool Allowance
token you receive for staking tool! What is Linkpool Allowance? Well this is a token that will be required
for staking with Linkpool..

When Chainlink staking goes live, In theory,
you will be allowed to stake LINK at a rate of 0.4 LINK per LPLA. As Linkpool gets more business, the allowance
will likely increase. If it goes up enough, you can lend out your
LPL allowance rights to other LINK holders to earn a percentage of their interest. The big reason to hodl this token and stake
it… isnt for the rewards right now, but to have the inside track on staking with Linkpool
when Chainlink staking eventually goes live. They are the leader and biggest insider working
hand-in-hand with Chainlink! Being a strong holder of LPLA will allow you
to have a giant head start! So this is about the prospect of BIG Future
returns, rather than returns right now! So I’m hoping mainnet staking for Chainlink
is released by the end of the year & I hope at smartcon, they announce that this is the
case! Will it happen is a question only the Chainlink
team can answer.

Although there is another project I’m a
BIG fan of , in my top coins, which will definitely have mainnet staking by the end of the year. And that is the Energy Web Chain! They tweeted two days ago, that staking was
live on their Volta testnet & the same day they said “In Case You Missed It: staking
on our Volta testnet, ahead of coming to the main EWChain” Yes! It’s coming to the main Chain, shortly after
this test on the testnet! And CEO, Jesee Morris, explains the implications
better than I can. He tweeted about it being live on Volta too…but
he also said “This will be one of the first staking models I've seen with a connection
to real world cashflows and business value” Yes this will be, one of the most interesting
& game changing staking models! So get yourself ready for it, by testing it
out on Volta.

And I’ve actually included in the description,
a tutorial on how to do it, from coming Blockchain Leaks Journalist, HSV-Porky! So get your stake on my friends, before it’s
live. Do it with Linkpool for Chainlink and do it
on the testnet with EWT. Cheers I’ll see you next time!.