The most important one I think is transferring
the old system to a whole new one. In the blockchain, there is a specific term
for these kinds of protocols called synthetic Assets. synthetic assets provide exposure to an asset
without holding the underlying resource. This has a range of advantages, including
reducing the friction when switching between different assets (e.g. from Apple shares to
synthetic gold), expanding the accessibility of certain assets, and censorship resistance. Just imagine if you are a member of WallStreetBets,
just trading Gamestop as usual, tryna make some decent money with your intelligence!
suddenly Robinhood decided to freeze trades for GameStop, and all you can do is selling! Simply because we are winning and they are
losing! but in Defi, this scenario would never ever
happen! No one can be restricted from the protocol! Code is the law!In some simple words, synthetic
assets provide a bridge between Traditional Finance and Defi, simplify the steps of exchanging
these assets.

Everything you trade-in traditional finance,
from stock like Apple, Alibaba, Tesla. Commodities like iron, sugar, apple, and oil
Fiat currencies like USD, Japanese Yen, or Euro.
to precious metals like gold or silver, everything can be priced or prices can be
fed to an oracle could become a synthetic asset in theory on the blockchain. In blockchain space, there are already lots
of Protocols like Mirror Protocol and Synthetix that provide everything related above in their
DAPP So now I assume you have a basic understanding
of synthetic assets. Let`s get to a higher level of understanding
synthetic assets. If you didn't understand the concepts above,
I recommend you pause this video right now and go to Wikipedia and link in my bio to
have a better understanding of the concept of synthetic assets! So which synthetic assets protocol has the
best user experience just in case you wanna try it? Don`t worry, I already researched for you,
Let's see which one win in the competition! In the synthetic assets space, there are already
lots of protocols The most famous ones are Synthtix, Mirror
Protocol, Dforce, UMA, Zerogoki, and the Thor chain is also claiming that they would launch
their Thor sythns! This is quite exciting! Now, please pay attention to this Sheet! Every key metric related to the Synthetic
assets I already did a simple comparison, Network, which always means that this protocol
is a more secure one, or has a lower gas fee, Dforce, for example, is launched in BSC , which
means a lower gas fee.

TVL, Market capital are financial factors
you might take into consideration! The supported asset is the most important
thing to consider, more assets mean a lot to a synthetic assets protocol! Besides that, the Venture Captial behind these
protocols is also a thing you need to take into consideration! After all of these, I decided to rate Synthetix
as A+, the best one in all of these protocols! UI is also something that means a lot to me,
I like all of the UI of these protocols! But Zerogoki's UI is a bit too messy as a
financial tool for me! which one is your favourite? Tell us which one and why in the comment section
below! If you have already understood these concepts,
Coregulations!! Now we can move on! When it comes to any synthetic asset protocol,
there is a necessity for Tokenization.

This means that these assets have to be valued
as a token in blockchain, and at the same time be super secure, could trace the real
value of underlying assets in real-time. In the meantime using the economic model to
provide liquidity for the pool and prevent any insecure factors like Oracle attack or
run out liquidity from happening! This might sound pretty simple in a centralized
financial world The supply and demand model would easily find
the asset's real value at some moment, but for blockchain, the volatility would be too
high.

I think any launched Defi protocol is basically
building a new country, and these countries are trading with each other through different
agreements. There is lending, borrowing, hedging, trading,
speculation. These different agreements in different countries(Dapp)
could connect to each other and become a "chaotic system", which is a term in Chaos Theory. The more assets and agreements there are,
the riskier and more unpredictable the system gets. That's why I think synthetic assets are the
most complicated Defi product to build. So are there any reliable projects in the
game already? Yes, there are some projects I would really
recommend if you are interested.

Especially Synthetix, which is the biggest
player in the synthetic assets space. Synthetix provides service in Ethereum Network,
is one of the earliest synthetic assets service providers in the market! SNX Token which is the token of Synthetix
is the key token in the whole Synthetix Tokenomic. Now let's look at how it works in theory and
its performance in reality. SNX Token is the ultimate currency of Synthetix
if you wanna interface with Synthetix Protocol SNX token is the most common staked collateral
in Synthetix, but they are also considering using BTC and ETH as collateral in the future! In the early times of Synthetix, Collateralization
Ratio used to be over 750% which means u need to stake at least $750
equivalent to mint $100 worth of sUSD. This Ponzi-like model of staking has caused
a lot of dissatisfaction about SNX staking in the early time. 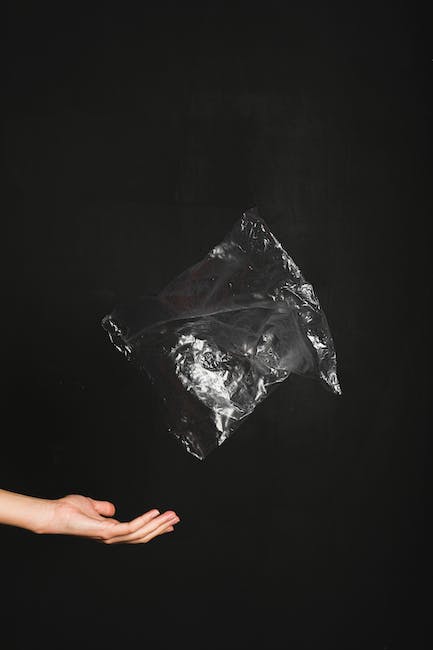 But this is also the most efficient and secured
way to protect investors' money at that moment, which could prevent the risk of SNX price's
quick drop! Right now, Synthetix's Collateralization Ratio
is already down to 400%. I'm assuming that, in the long term, the Collateralization
Ratio would get lower with the larger market capital of Synthetix. When we stake SNX in Synthetix, we would automatically
become the debt holder of all the synthetic assets in Synthetix, this is also a very revolutionary
mechanism called Dynamic Debt Pooling! In some simple words, as long as you are staking
SNX in Synthetix, minting sUSD, even if you didn't do any investments, you would automatically
bearing the consequences of others' investment losses in the Synthetix! This is a total Zero-sum game, meaning that
as long as someone is winning money, the other one is losing their money, cuz the value of
the winning part is transferred from the other one who is losing or even just holding! So minting your SNX token into sUSD means
that you become a debt holder. From the historical data of sUSD, when some
extreme volatility happens to SNX price, the value of sUSD would be decoupling from USD,
no longer remain the value of 1 sUSD equal 1 USD.
so how should a blockchain trace the value of an underlying asset? Well, the most common way is using Oracle
like Chainlink, which is a decentralized price feeding protocol in the space, the price would
be fed to the blockchain and trace the value of off-chain assets like oil, gold, fiat currency,
etc.

But the sUSD which is a pegged stablecoin
of USD is a bit special from other assets. In Synthetix,sUSD is the only asset that could
mint and burn when we are staking SNX, that`s why sUSD is the most important asset
in the Synthetix protocol, so the sUSD price is set to remain at the USD exchange rate
of 1 forever, and speculators could capture value via burning and minting process in Synthetix,
which allows sUSD price keep around 1$ in most of the conditions!SNX stakers have created
debt by minting Synths, so if the peg drops they can now profit by buying sUSD back below
par and burning it to reduce their debt, as the Synthetix system always values 1 sUSD
at $1 USD.

After a couple of times of decoupling and
recoupling from USD, SNX price has already become steady over 5 USD, which means it is
not easy to make it volatile anymore. That's why the sUSD price has become always
been above 1 USD for a very long time. And I believe as long as the SNX price keeps
above some certain level, sUSD would be a stable coin.

Besides the Dynamic Debt Pooling risks, which
are very low at this moment in the market, the benefit of staking SNX is quite promising! The revenue of staking comes from these three
different ways: Inflation-based staking rewards. By minting SNX assets, you effectively become
a staker of the protocol. Because of this, you're eligible to earn more
SNX tokens that come out of the inflation of the protocol. Exchange trading fees. Every time someone transfers an SNX-based
asset they have to pay a fee. The aggregate of these fees can be claimed
by stakers in the protocol.

Uniswap LP rewards. This is part of the first point but is important
to note: anyone who mints sETH with SNX and provides liquidity for the sETH and ETH liquidity
pool on Uniswap receives additional rewards. This is extremely important as it maintains
price parity between sETH and ETH creating a liquid gateway between all of Synthetix's
"synths" (synthetic assets). These three ways would create us a staking
passive income, the trade fee APY is about 5%, staking provide 23.96% APY, so it's about
nearly 30% APY staking revenue, which is quite tempting! So what is the future of Synthetix? Would it be destructive innovation to traditional
finance? Well, I think derivatives are one of the most
promising categories in Blockchain, with the deployment of Layer 2 solutions like Optimism
and Arbitrium in Ethereum Network, the security, and gas fee problem would be solved in general. You have to know that there's still a long
way Defi could be the real competitor of Traditional finance, but Synthetix would be a great combination
of these two worlds! Synthetic assets would be borderless, censorship
resistance, but also data transparent would be available for everyone! These three things would make synthetic assets
become a worldwide trading asset in the simplest way via blockchain! I believe that in the not-so-long future,
Synthetix would become the most used protocol in multiple Dapps in Defi.

Why do I think this is gonna happening? There are two main reasons for this. Liquidity Provider. In derivatives, liquidity is the most important
factor. I believe that Synthetix would become the
hub for all the derivatives, For derivatives trading, an illiquid underlying is a disastrous
experience for users, which is why many large centralized derivatives exchanges still do
not support many underlying instruments (e.g. CEXs). The liquidity of the common AMM model is subject-specific,
with little correlation between the liquidity of different trading pairs. Synthetix, on the other hand, is a mechanism
that allows not only a single underlying to have unlimited liquidity, collateral equivalent
liquidity can be provided to any synthetic assets in theory, but more importantly, all
underlying transactions can share this liquidity. That means that any other Dapps would all
share this liquidity, which helps the Defi become more decentralized, transparent, and
user-friendly! Connect the Traditional Finance and Defi
As I mentioned before, synthetic assets would be more connected to real-world assets, since
real-world assets have more usage than just financial uses, their impacts on price would
be more steady and backed by real assets in the real world.