I have a guest. One … The Master of the Universe. He's practically the money whisperer. So if you want to know something about money and if you want to know something about bitcoins, invite him. [Intro] Rainer, nice to have you here. What is a Bitcoin? First of all, zeros and ones. And it is made in a process that analogous to gold mining means; so it is mined. And this prospecting process is a kind of puzzle, a charade, the solving of a riddle. If you solve this riddle, a closet will open and there's a bitcoin in that closet. So these are no simple puzzles now.

It's like throwing the dice and having to roll the dice until you get a 6 a thousand times in a row. But Rainer, I'm not a Bitcoin owner. But I'm a newspaper reader. And I read "Bitcoins are traded on the stock exchanges" and this is Bitoin mining now as much energy as Denmark consumes in the whole year. And of course you can extrapolate if more and more people want to participate in bitcoin speculation, and apparently this bitcoin mining is very energy-consuming, And then, of course, as a physicist, I can easily calculate: If this continues, then at some point it will be that the world's energy needs have to serve to mine this virtual currency there. So there are forecasts for 2024 that then the entire world energy demand … But you just said "I can easily deduce that" Are you extrapolating linearly or …? Well, potentially, I would say, I have 10 percent increases and then of course I'm pretty fast … For sure. Now we're starting to factor in the innovation, okay? This is an evolving system that actually reinvents itself every day.

So it will need less energy per action. I think that's going to come down to that. I always say it's like a steel mill in 1850. Steel was also produced there with different degrees of efficiency. Let's start historically: How did you come up with the idea of ​​introducing crypto currencies? Why did you do that? Doing it is already … Or who? Who? Yes, that is exactly the interesting question. So it came about … Or there is an essay on the subject from a person called Satoshi Nakamoto. Nobody knows whether it's called that or whether it exists. I think it was published in 2009. After the Lehman crisis, anyway. And this is a programmer where he basically describes the column and the code and the protocol of this currency.

And that's where it all started. And what is in the protocol? How this system works. Maybe I should explain briefly. So it's basically about normal money, the money we use every day, the fiat money in checking accounts That's based on trust. So I'm going to a bank. I have an account at the bank. There is € 500 in the account. I depend on it. that the bank is able to pay me this 500 €. We trust the state and the central banks and the banks work together in such a way that we can assert our claims at any time and access our money. Trust, ok? The Bitcoin principle is distrust. It works completely differently. Everything is based on a computer network with several hundred thousand computers. And now someone comes along, let's say the two of us want to transfer Bitcoin to each other. The Bitcoin is like cash. So we would not transfer it, but I would give you Bitcoin digitally. That's an important difference, right? This is not an account, but Bitcoin is like cash.

If you lose it, it's gone. Now you come into this system. And then we are both viewed with suspicion at first. So one will say: "You mustn't get the money." And I don't have the money to send. And then in a kind of eternal bank statement, in English it is called a "ledger", a kind of perpetual account statement the community looks up to see if I have this money, for example. Then they look: One of them bought 100 Bitcoin at some point. Then he spent 20, earned 15, and so on. That's interesting. So while in the other system anonymity – so we both do business – is somehow not considered by the others, it is exactly the other way around with Bitcoin: First of all, so that this action can take place at all, everyone see if you are allowed to be a member of the club at all. Correct. that's the way it goes. But they don't know who we are. Now, of course, this is something that costs energy and is expensive.

So both real energy and: Why should I do that if I don't get anything for it? And that's why in the background, so to speak, during this process new bitcoins are generated. And the best way to imagine that is as if you were in a fitness club. There's a locker there and there's a bitcoin in the locker. And there is a padlock in front of the locker. And to open that padlock do I have to solve arithmetic problems. So there is now a computer calculating and calculating, calculating and solving these tasks. And when he has completed these tasks, then the closet opens and he can take out the Bitcoin and that is the reward, which he gets because he has done the verification of the transaction. So he worked her hard? Exactly. And this is how the system works and an upper limit of 21 million bitcoins is set in the program code. So it's a finite amount. Exactly. So this is also different from our money. That is reprinted by us. The money we have is intrinsically inflationary. This is not a bad thing, it just fits our way of doing business. 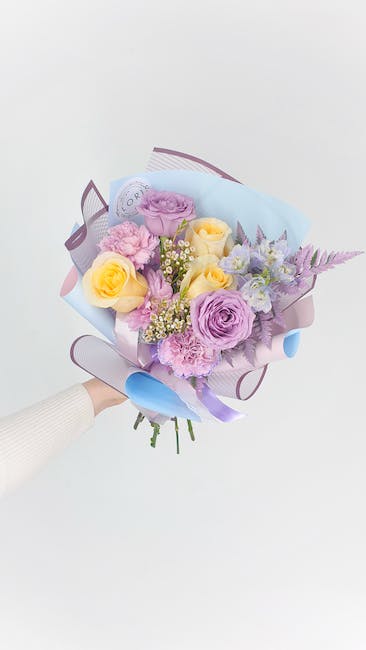 And Bitcoin is intrinsically deflationary because it has a fixed upper limit. This is also a difference to the current monetary system. So it's basically turning the fiat money system upside down. And is it a response to the 2008 financial crisis? Correct. Is there something like an equivalent in Bitcoin? So I can be sure that if I ever … So as an economist I would have to say: the utility value. The utility is there … There are, yes, not so pronounced in Germany, but for example in Toronto there are 100 ATMs from which you can withdraw Bitcoins. You put your credit card in there, then you get a dollar debited and a bitcoin loaded onto your wallet. So that means is Bitcoin really traded like a currency in Toronto? How is currency used? From certain circles, yes. That would not be allowed in Germany, because with us currencies are subject to the currency law here nobody can come and …

Correct. You can also pay for a coffee with Bitcoin in cafés in Berlin, for example. Or with … – Satoshi. Satoshi is the cent from Bitcoin. It's like that anyway, if you think about it, when we talk about money we have long since got used to it, that for a piece of paper with 20 € on it, there is actually no longer any real value. It doesn't say: "We guarantee that you will somehow get something 20 times more for this banknote. We have long since got used to the fact that we work with virtual trust. – Correct.

With Bitcoin, however, I practically stored the trust in such a certain form, because I had all these before Had to solve arithmetic problems in order to even acquire it. By owning it I have I show what performance I have been able to do at least once. Just to make it more precise: You don't have to solve this, the miners solve it and you buy the Bitcoin from them, just like on the stock exchange. But I spend money on others solving this problem. Which I do, for example, when I buy or when I buy cash what kind of equivalent value do I have there or what kind of service have I actually acquired? A supposed state guarantee.

Can you imagine that, among other things, the way Bitcoins is reported on gives the public the impression that things happen in virtual space that somehow at least endanger the entire financial system, if not turn it off its hinges. It is always reported that they are already … You can bet on whether the Bitcoin will fall, whether the Bitcoin will rise, etc. So it has become an official subject of stock market speculation.

And then more and more people also have the feeling: Wait a moment. There is now a completely different dynamic in the financial system on the planet Internet than it was before. So this is of course a technology that is now in its infancy. And the Bitcoin is, in principle, from all the cryptocurrencies the first. And in my opinion also, how should I put it, the most primitive. There is an evolution in the idea. So what is important to me about the whole story is simply to understand the genius of this concept in the first place. So what is being done in the media always ask: is it a bubble? What is such a thing worth? Oh 16,000 today, oh only 13,000 today. That is a completely wrong question! So I think we can be very calm about Bitcoins. We'll take a look at how it goes on and in evolution many things are still self-regulated..