Bitcoin is possibly the wildest investment
opportunity ever to have existed. With a one   billion percent return in just eleven years it
still shows no sign whatsoever of slowing down.   In this enxtensive year-long series we will get
entirely under the technical skin of Bitcoin   so that you are fully in tune with its
behaviour and what to expect from now on … On May 22, 2010, now knows as Bitcoin
Pizza Day, Laszlo Hanyecz agreed to pay   10 000 Bitcoins for two Papa John’s
pizzas. Since then Bitcoin has increased   in value by no less than 1 billion
percent at most. Yes, you heard me.   One billion. Ten million times your investment.
Enough to put any ten bagger chaser to shame. We are wired to understand the market based
on its normal frameworks and movements.   So when an extreme statistical
outlier like Bitcoin pops up   from nowhere it quickly becomes too
abstract to get our heads around.

Let’s begin this series by making a
brave attempt at putting things into   perspective so that we can get a better
understanding of what we’re in fact   dealing with here. How incredible
Bitcoin’s run has been so far. Apple and Amazon are two of the strongest stocks
ever to have existed. Since their 1980 and 1997   IPOs respectively they have, coincidentially and
by the time of producing this, gone up by 270 000%   each. That’s 2 700 times your investment. Since
Apple’s launch the US Nasdaq has gone up by   10 000%. And since that of Amazon it’s gone up
by 730%. This means that Apple and Amazon have   outperformed the Nasdaq index by 2 600 and 36
900 percent respectively. Or put differently:   your profits would have been 26 and 370 times
greater if you were to have invested in either of   the two rather than in a Nasdaq index fund. These
are returns many people could only dream about. But however insane the price developments in Apple
and Amazon are, to a great extent unprecedented on   the stock market, they still amount to nothing
more than 0,027% compared to that of Bitcoin.

By   the same token, if Bitcoin were to have generated
one million dollars in profits from a certain   investment amount, Apple and Amazon would have
generated 270 bucks with that same amount.   Enough to buy yourself a vintage
gameboy. And by the same comparison,   a Nasdaq index fund since 1980 would
have generated 10 dollars in profits. To break it down, Bitcoin has returned an average
profit of 558% per year for eleven years straight.   Or 17% a month over the same period of time.
But what’s most baffling and rather impossible   to comprehend is how literally anybody in the
world could have been a billionaire today from   a trifling $100 investment just eleven years
ago.

And the freaky thing about this is how   recent it really was. I, for one, can still give a
pretty detailed account of my entire year in 2010. There is one reason and one reason only why I
begin this series by presenting this seemingly   neverending streak of numbers and that is
because I want to stress how utterly insane   Bitcoin’s price development has
really been. And what’s even more   mindboggling is how it shows no
signs whatsoever of slowing down.

What sets Bitcoin apart is not only its one
billion percent price increase. What this increase   tells us is that Bitcoin is either of two things.
Either it’s the biggest bubble the world has ever   seen. Or it is a new paradigm that will forever
change our perception and application of money. Tech and math savvy people who understand Bitcoin
tend to unanymously appreciate its features,   strengths and potentials. And after six years
of studying and researching Bitcoin myself,   the only people I’ve personally come
across who actively dislike Bitcoin – yeah,   who even hate it – are people who don’t
understand it. I’m talking people who’ve read   critical mainstream articles written by
surface level journalists who don’t know   the first thing about Bitcoin themselves.

This
is a prime case of the blind leading the blind. I’m not saying Bitcoin is here to change the
world. For it might not. Anything that grows   as extensively as Bitcoin has will be subject to
a long series of problems, public resistance and   adversitites. In a sense, Bitcoin today much
resembles what IT was in 1999. Everyone talked   about how it would change the world, yet few
people actually used it. For Bitcoin to really   make it in the long run it will need to gain
more public appeal and practical application.   Few people could forsee the possibilities of tech
and the internet in the late 90’s. Life was just   different in those times and we had no points of
references whatsoever of how the internet could   change our lives for the better. I think the
same applies to Bitcoin and crypto currencies.   It’s full range of applications are
beyond our current points of references.   This makes it difficult to fully understand how
right-in-time this ground-breaking invention   might really be … that is until we’re actually
there and they cost three million bucks each.   Then people, as in present haters and
skeptics, will think Bitcoin is obvious and   scold the people of ten or twenty years back
for being narrow-minded and a bit stupid. 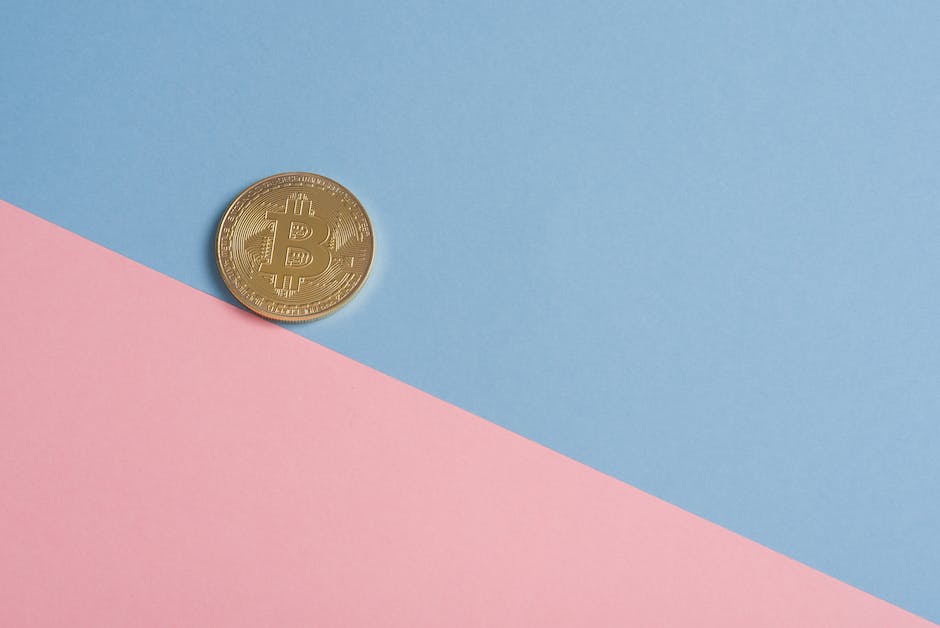 No one really knows what lies ahead.   Regardless of what, there will certainly be
both practical issues as well as political   obstacles. This uncertainty in turn is a
premium that is added onto the Bitcoin price. As no one knows where Bitcoin
will ultimately end up,   all I’m saying is that when two different camps
oppose each other, with one camp being the loud   and angry one consisting of collective ignorance
and I-don’t-want-to-listen-to-your-arguments type   of people and the other one being the silent
one consisting of some of the most creatively   brilliant minds in the world today, I sure
know which camp I will listen to myself.   The very same camp that turned IT into the
biggest paradigm shift in modern history.

All bubbles burst eventually. It’s in their very
nature. Something gets inflated way beyond its   true value upon which the price collapses.
After that, one of two things can occur.   Either the underlying equity or asset begins anew
another market cycle, often from a higher plateau,   which too eventually ends in another bubble
burst. And so on and so on. Stock indices are a   prime example of this as the fifth-waves typically
get people a bit too worked up on FOMO and greed. The other alternative is when the equity is
proclaimed dead. We’re talking inflated air. The   South Sea Bubble, tulips and so on. Things without
or with very little intrincic value whatsoever. Many critics firmly claim Bitcoin to belong
to this category. It’s got no intrinsic value,   they say. And in a way, they’re right. It’s code.
But then, by their own argument, all present   IT companies – Google, Facebook, you name it –
should also be valued at 0.

For what are they?   What intrinsic values do they possess? They
are also just code. Some will counter and say:   ”Yeah, but they make money from ads.” Sure. Now
they do. But Facebook was valued at billions   long before any marketing revenues. In fact,
the expert skeptics upon Facebook’s 2012 IPO   loudly shouted that Facebook would flunk
because there was no way they’d make   any money. For how could they? They were a
simple website on which people interacted   and wrote messages to each other. Well … let us
ask those critics how clever they feel today. My point is this: just because we don’t understand
now, from our limited 2021 points of references,   how Bitcoin’s areas of application may expand in
the future, it doesn’t mean it’s worthless. For   most brilliant inventions have had the tencency
of being ahead of their time.

If you were to   have invented gasoline during the Medievals they’d
probably use it to set you on fire. But invent it   when the car is around and you can use it to drive
anywhere you wanna go. I know … that was a stupid   f*cking analogy. For how could they invent the
car before they’d invented a functioning engine? With this in mind, Bitcoin has gone
through several bubbles already.   But it hasn’t died. Each time around it has
come back bigger and stronger and proved to   every headless chicken skeptic
what it’s actually made of. No. Bitcoin hasn’t died. It merely corrects.
It rests. And keeps on going higher. This   on its own should raise the question whether
Bitcoin is a bubble at all, or if it in fact is   something altogether new and revolutionising
that is here to stay. And regardless of what   people may think about Bitcoin, anyone with
more than 2 functioning braincells should   stop and reflect whether a billion percent
move is really just a massive bubble – or   if there’s in fact something truly intrinsic
behind it, whether they can see it or not.

This series will stretch all the way
throughout 2021 and is a profound   endeavour to fully and truly portray
Bitcoin from a technical point of view.   That is its technical behaviour, its technical
characteristics, its technical history and its   technical opportunities and dangers alike so
that we can map out what likely lies ahead   in a complete and fully understandable
fashion. No stone will be left unturned.   It is our aim that this series will be the
go-to source for a holistic comprehension of   Bitcoin and its technicals. And I personally
believe this series will be one of the most   profound and valuable productions of
this entire channel throughout 2021. We will occasionally mix it up with
some Ethereum, but mainly so in order   to maximize our profits as Ethereum in fact
has quite a remarkable relationship to Bitcoin   that we will look closely into in
order to exploit it to our advantage.

So welcome! This is the first out of many
Bitcoin and Ethereum episodes to follow.   A journey I have personally
looked forward to a lot. That was all for now. Thank you and goodbye..

How secure is 256 bit security?