﻿Intro
Hey everyone, it’s Eric here, thanks for tuning   in! For years, I have been wary of investing
even a single dollar into cryptocurrency. I   consider myself a relatively traditional investor
that prefers to buy and hold assets long term.   I also DESPISE losing money, so I generally steer
clear of investments that I deem to be “risky.”
Well, I hate to say it but I may be investing in
crypto but not by actually purchasing Bitcoin.   What is he talking about, you may ask? I am
talking about the ability to buy a Bitcoin ETF.   This would give investors the
ability to track the performance   of Bitcoin without actually owning any.
Today, I am going to be walking you through   what Bitcoin ETFs are, the previous Bitcoin ETF
filings that were denied, what this could mean for   the crypto space, and for whom it would make sense
to actually purchase one of these exchange traded   funds versus just buying Bitcoin itself.
First like and subscribe
Why hasn’t a Bitcoin ETF been approved?
Now, it is worth noting that this isn’t   the first time that a Bitcoin ETF was reviewed by
the SEC.

For example, the Winklevoss twins tried   to create the first Bitcoin ETF ever back in 2013.
The SEC rejected this due to the cryptocurrencies’   inability to resist manipulation.
In other words, the crypto market is not regulated   and there are concerns that a few wealthy holders
can heavily influence its performance. Since then,   there have been several more filings over the
years with eight currently under review today.

It’s also worth mentioning that the U.S.
has actually been lagging on this process,   seeing that several Bitcoin ETFs are already
trading on the Toronto Stock Exchange in Canada,   from Purpose, Evolve and finally, CI Galaxy.
Is a Bitcoin ETF likely in 2021?
Unfortunately, it is starting to look like
a Bitcoin ETF will be unlikely this year.   Todd Rosenbluth, director of mutual and
exchange-traded fund research at CFRA Research,   stated that “the SEC remains uncomfortable with
the risks related to Bitcoin in a fund, and is   unlikely to be approving a new product whose sole
purpose is to provide exposure to Bitcoin.”
The SEC can take up to 240 days to
determine whether it will approve or   disapprove a companies’ ETF application.

In
most cases, the SEC has taken the full 240   time frame to evaluate the application, and
has then proceeded to deny each one… ouch.
Today, VanEck’s Bitcoin ETF is the next in
line for the chopping block, with the day   of reckoning set for June 17, 2021. I’d love to
see this get passed, so I am going to put this   one on my calendar and make some popcorn.
What does this mean for the Crypto market?
As I mentioned previously, if the Bitcoin ETF is
approved by the SEC, this investment opportunity   has the potential to make the crypto market much
more accessible to investors.

In other words,   you won’t have to purchase Bitcoin on
an app like Coinbase or Robinhood.
Instead, you’d be able to invest in the fund the
same way you’d buy any ETF on the stock market,   such as buying it through Vanguard,
Fidelity, or any other trading platform.
For those of you who need a reminder, an ETF is an
exchange-traded fund that tracks the performance   of a particular index, such as the S&P 500, Dow
Jones or Nasdaq. In other words, if I invest my   money into a S&P 500 index, which tracks the
top 500 publicly traded companies in the U.S,   then my portfolio’s performance will
mirror the performance of that index.
I love ETFs and index funds because I am a
passive investor that enjoys low management fees   and holding long-term. It’s also worth mentioning
that time in the market will almost always yield   you better long-term results than trying to time
the market. I prefer to sleep well at night versus   checking my portfolio every 5 minutes to make sure
that Elon Musk didn’t just crash my investment.
And I know that you WallStreet Bets degenerates
are cringing right now but you can’t deny how   effective my boring strategy is.

I’ve also
spoken to several people that have gambled   on cryptocurrencies and let’s just say that the
majority of them spend far too long in their   Coinbase or Robinhood accounts. That time could
be spent learning a new skill, working more hours,   or spending time with family.
So what exactly is a Bitcoin ETF?
A Bitcoin ETF essentially mirrors the
performance of Bitcoin. In other words,   you won’t actually own any bitcoin but you’ll have
some exposure on how it’s performing.

I am going   to assume that you have a basic understanding
of what Bitcoin is but if you need some clarity   and are interested in the pros and cons of that
particular cryptocurrency, click the link above.
In order for a cryptocurrency ETF to come to
fruition, the company that manages the fund   would need to own the assets that it tracks,
in this case, Bitcoin. The ownership of these   digital coins would be represented as shares.
Thus, you’d be purchasing these shares versus   buying bitcoin itself and you’d benefit if
the fund increases in value. I know this may   seem complicated but think of this Bitcoin
ETF like any other ETF that you’d invest in.   Just understand that it is a significantly riskier
investment than putting your money into the S&P.
Buy Bitcoin or Bitcoin ETFs?
The next thing that you’re probably wondering is   whether you should buy a Bitcoin ETF or just buy
Bitcoin directly. 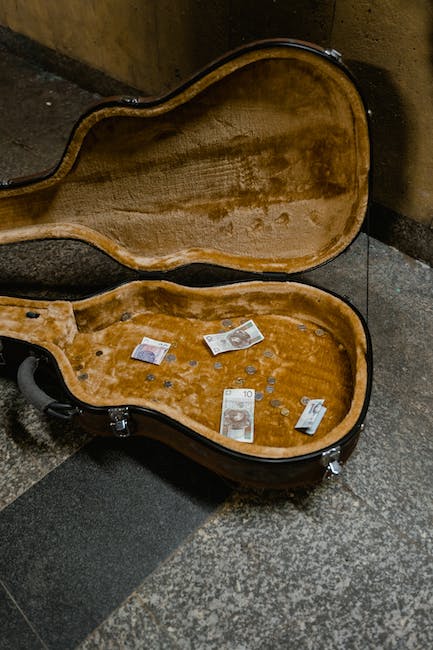 I’ll give my take on each but   make sure to do your own research before making
any financial decisions and do not listen to me   because I have no idea what I am talking about.
I’ll start with Bitcoin ETFs considering I will   absolutely invest my money in one if the SEC
allows it to be listed on the stock market.   First, I am a passive investor that doesn’t like
to spend too much time worrying about the “right   time” to jump in and out of the market.
Thus, Bitcoin ETFs give me the ability to   invest in a cheap but relatively risky asset
that also has the potential for a high reward.   I plan on holding this fund over a long period
of time and am willing to bet that at some point   Bitcoin will be more commercially accepted.

Next, I can’t help but think that the SEC’s   approval of a Bitcoin ETF would potentially
stabilize the value of this cryptocurrency.   It may also protect investors from fraud
considering that they wouldn’t actually   own anything. As I mentioned, I have been very
hesitant to invest money in crypto due to its   volatile nature and frankly, I don’t like
investing in things I do not understand.
However, I have been doing a considerable
amount of research recently and have become   more open to the idea of having a very small
portion of my net worth represented by crypto.   It’s also nice to know that these funds would be
SIPC insured, so if the company that is holding   your money fails, you’d be covered.
Now again, the Bitcoin ETF has NOT been   approved by the SEC just yet, so these are all
potential reasons why you would purchase one.

But   one can dream, right?
Buying Bitcoin Directly:
So why would you buy Bitcoin directly instead
of a Bitcoin ETF? Well, that’s one of the ways   you can profit from Bitcoin, aside from
mining it, receiving it as a payment,   or investing in blockchain technologies.
I’d say that believers in Bitcoin that are   looking to buy and hold for years have my stamp
of approval. However, it is worth noting that the   recent crypto crash has actually opened a loophole
for investors that lost a lot of money on paper.
In the stock market, there is what is known as a
“wash sale” rule. This rule prevents traders from   selling a stock or security at a loss, writing off
their losses, and then purchasing that same asset   within 30 days to potentially make their money
back. This is illegal and the IRS may penalize   you for doing this if they catch you.
However, the crypto space is different.   Because the IRS has defined Bitcoin and
other digital currencies as property,   the wash sale rule does not apply.

For example,
let’s say that you purchased one Bitcoin at   its high of $64,000 and then sold at its low of
$30,000. You technically just lost about $34,000.
Let’s also assume that you purchased Tesla before
the stock split and earned $34,000 from that   trade. Because you lost $34,000 in the crypto
market but gained $34,000 in the stock market,   then technically you didn’t make any money
and thus, you wouldn’t have to pay any taxes.
Now don’t go and sell all of your crypto right now
because some random guy on the internet suggested   it. There is still the possibility that the
IRS changes its mind on crypto and the wash   sale rule so I’d definitely consult with your
CPA prior to making any financial decisions.
You want to Trade Bitcoin
I know that we got a little off   topic there but I felt it was important to
mention. Another reason why you may want to   purchase Bitcoin directly is if you are more of a
day or swing trader versus a long-term investor.   It may suit you to have the ability to buy
and sell Bitcoin as often as you’d please   and react to price fluctuations in real time.
Again, this is not me and I’d generally advise   against trading like this for 99%
of the population, so proceed with   this strategy at your own risk.
Transfer Funds Internationally
The next reason you may want to purchase
Bitcoin directly is because you want to   transfer funds anywhere in the world without
paying fees for wire transfers and having to   wait days for the transaction to process.

To
be specific, Bitcoin transfers are completed   usually within 10-15 minutes while international
wire transfers take roughly 2 business days.
The average fee to wire money internationally is
between $45-$50, while sending Bitcoin costs about   $15 per transfer. Please note that in order
for you to transfer Bitcoin, you first need   to purchase it through a bitcoin platform like
coinbase, send it to the recipient, the recipient   would sell their Bitcoin for their fiat currency,
and then put that money into their bank account.
You intend on using Bitcoin like currency
The last reason why you may want to purchase   Bitcoin directly is to actually use it as
a currency. I know some of you were dying   to purchase a Tesla with your Bitcoin until
Elon absolutely crushed your hopes and dreams.   It’s ok, maybe Dogecoin will save the day.
It’d be very interesting if the day came   where you could purchase regular goods and
services with Bitcoin or any cryptocurrency   for that matter. I think we are still far
from being able to pay for grandma’s fluffy   slippers with Bitcoin but I could be wrong.
And that’s it! Would you invest in a Bitcoin   ETF? Is crypto the future of currency? Feel free
to debate in the comments below.

I will say that   I am much more open minded to this opportunity
than investing my entire life savings into a meme   coin. But that’s just how some of you roll.
Thanks for watching, feel free to subscribe to   the channel if you’re new, and leave
a like on the video if you enjoyed.   It really helps me out! Thanks everyone
and have a great rest of your memorial day..

Bitcoin Is About to Give Us “Wife Changing” GAINS!!! Ready For the “NEW” You!!?