Well would you look at that!? Bitcoin decided to show signs of life & awaken
from the bearish grave being dug! The Bears thought they had control, they thought
they had won…but one BIG green candle has pushed them back into their caves. This sign of life signals to me, this aint
over…we are moving into the last hoorah So are you ready to hoorah with me for the
next 10 minutes…because it’s time for Chico Crypto! Well let’s just first dive into the volatile
price movements which for the 1st time in a long time, are UP! Yes, shiznit got real on the exchanges, and
Bitcoin broke out. Buys and positions escalated pushing BTC past
36k, past 37k, past 38k, and even further…. on Binance, past 39k, past 40k…shoot the
buy wick got all the way up to 48k!! What did this do!? It REKT the bears, the shorters! Checking out BYBT for liquidation data, we
can see over the past 24 hours, 1.17 billion was liquidated which came from over 102 thousand
traders. 102 thousand bears are crying right now…saying
what the freak…you were supposed to crash down to 20k! Now I’ve been saying that this is a TRAP,
the Great Bear Trap of 2021…since the crash began! Multiple videos explaining why I think this,
although I did think this Trap was going to end a tad bit earlier, but now it does look
like it’s finally ending! And that means….the last HOORAH!! So what is the last hoorah!? Well, it’s a term for this cycle’s last
push up! The last PUMP and bull cycle until we actually
do turn full on bearish, and go into a true bear winter! This has happened time and time again for
Bitcoin throughout it’s 4 year cycles, with the last 2 cycles having the hoorah come at
the end of the year.

And if you’ve watched my channel, you know
what I think is the peak for this one. We are going to get to $100k, maybe a bit
above, maybe a bit below or maybe right on the dot. But in my opinion, for this last one we are
getting there! But why do I call this one the LAST hoorah
and not just a hoorah!? Well because I think this is the last one
where we will see Bitcoin move like this…and because this one is much different than any
cycle before! Why? One world….REGULATORS They are mounting up! And coming after key pieces of how the crypto
markets currently function! Going right after the plumbing which keeps
liquidity pumping through the pipes and volume flowing. They are going after Binance and Tether USDT! So let's just 1st start out with the Nance
as some suspicious things have been happening lately! Over the weekend it was announced from Binance
and CZ that they would be reducing leverage on their exchange down to a max of 20x in
the name of Consumer protection! Like they are doing this out of the kindness
of their hearts to protect their traders! Well don’t believe that for a second….the
Binance twitter has tweeted about their leverage before, basically bragging that 60 percent
of traders use over 20x leverage, and 21 percent use 125x leverage! They like high leverage and they like it a
lot.

The only reason for them doing this? To hopefully save their butts from the regulators
breathing down their necks! So…let’s just use google and search by
binance 125x leverage. Number 1 result is a blog from Binance itself
on this product and it’s launch. Well clicking into it…it’s been deleted
by Binance! Wonder why? Well using wayback machine we can see what
the blog said. This 125x leverage product had built in risk
controls for traders…Much safe, such wow! It says in the blog “Its platform uses a
unique setup for calculating leverage that enables continuous margin without any jumps,
and ‘mark prices’ for preventing unnecessary liquidations and combatting market manipulation.” Then CEO of binance said this below “Further,
the performance of the Binance Futures systems far outstrips many other platforms in the
market, giving users a smooth trading experience.

The market has been demanding a product with
superior stability and performance; now we are providing one.” They were seriously promoting this as “SAFE”
and back then they didn’t care about Consumer protection, as the market were demanding a
product like this. So again I don't believe this is due to Binance
thinking in their customers best interest. This is obviously a regulator appeasing move. More evidence of why I believe this?? Well another exchange right before, the day
before… did the same. FTX first cut their leverage down to 20x! Now if you didn’t know, FTX has been getting
in BED with the US…they have their US based exchange, FTX.US and they even entered into
a partnership with the Miami Heat, and the Heat's arena will be named FTX arena. But this article proves FTX is in talks with
regulators.

Which makes sense…Binance and FTX were strategic
partners, and their number 1 goal with the partnership. From the blog release… Growth of Crypto derivative markets!! Well recently a breakup happened between FTX
and Binance. The FTX exchange bought out Binance's investment
in them…releasing all ties between the entities. Decypt covered this breakup, and said this
in the article “It's what Bankman-Fried said next, when asked for his take on Binance's
recent string of regulatory problems, that is most telling: He said "It's been quite
the barrage. I'm not involved in the conversations between
them and regulators, and so all I can do is speculate, but something I'll say is that
we try really hard to be as cooperative as we can with regulators… I think that when you don't do that, and when
you sort of appear less flexible or responsive, I think that’s more likely to lead to cases
where regulators might feel like they have no choice but to start bringing the hammer.” Later, he added, "I think there are some differences
between how we run our businesses. I think there are ways I would have reacted,
responded, and run things differently." Decrypt continues..Bankman-Fried is being
careful not to say he bought out Binance's shares in order to distance his company from
Binance. 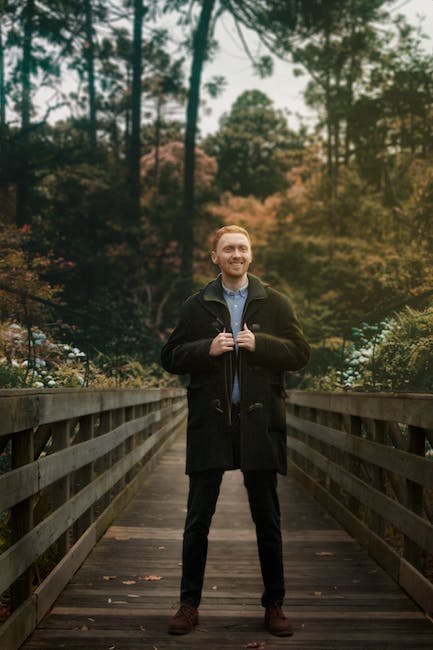 So I'll do it for him: that's obviously the
reason. Even Binance’s longtime partner knows things
are not looking good! They are distancing themselves. So be warned Binance users! Especially if you are US…Binance is being
probed by the CFTC in the United States, which has been ongoing since March of this year! We haven’t heard anything yet regarding
this, 5 months in! Remember Bitmex was probed and investigated
in a similar fashion…just an announcement of if they allowed US traders to trade on
their exchange.

It was about a year before charges were brought
against the founders as they did allow US traders. Everyone knew that. Binance took over where BitMEX left off, taking
over leverage and allowing US traders. Everyone knows that! Binance is just one piece of the last hoorah
puzzle! If CZ is going to face the wrath of regulators..in
my opinion, why not pull off a last hoorah and pamp those markets!? But there is another piece of this last hoorah.

Tether USDT!! They got a probe of their own. Yesterday it was announced that Tether Executives
might be facing a criminal probe into Bank Fraud! From the article the probe is coming from
the Department of Justice and it said “Federal prosecutors have been circling Tether since
at least 2018. In recent months, they sent letters to individuals
alerting them that they’re targets of the investigation, one of the people said. The notices signal that a decision on whether
to bring a case could be made soon, with senior Justice Department officials ultimately determining
whether charges are warranted.” Shoot a criminal case announcement against
Tether could be coming soon! We are 5 months from the start of the Binance
Probe…wouldn’t that be crazy if charges were announced and brought against the two
around the same time…say towards the end of the year!? So….it’s nice to see the PAMP! But be careful and don’t get too caught
up in the coming BULL hype.

The ole bitfininex’d put out a tweet showing
PUMPs usually come, after BAD Tether news. He said “Dec 6th, 2017; CFTC subpoenas to
Bitfinex. Dec. 7th, 2017: Bitcoin up 40% in 24hrs
March 28th, 2019: Bitfinex figures out NYAG going to spill beans on $850 million dollar
loss and cover up. April 1st 2019: Instant Bull Market. April 25th: Sued. Plenty more where that comes from. And there is….March 12th, Binance probe
is announced…in the days before and after to the 13th, Bitcoin pumped from around 48k
to over 61k, a PUMP of over 27 percent…even at those HIGH, high numbers, which takes a
lot of liquidity to move that price! Realize that Binance & Tether are like 2 peas
in a crypto pod.

Going to Tether’s rich list, Binance is
the largest holder of Tether out there! By a long shot…Binance is a facilitator
of Tether and a cooperative “partner” or they wouldn’t have a wallet of that size! So if you have been following the drama whatsoever,
in Tether land, you understand things may be coming to an end, not only from the outside
with regulators.