Hey yo, what’s the slide, with my favorite people,
the Chico army & if you’re new & wondering about   that crew, take the first step, subscribe & drop
the title of viewer of the tube. My name is Tyler,   the host of the crypto channel, who’s will
always be right here for the save….I’ll   never let go Jack, cuz it’s time for Chico Crypto. The night of the living dead, ghosts, goblins
& ghouls…a spooky holiday is right around the   corner, called ole Hallow’s eve..

So why don’t
we bring up the dead in crypto, once again,   the ghost town chains, the whale driven
zombies, & those that are completely dead,   but computer trading keeps them alive. So, if you haven’t watched this
video, in which I dive into a   comparison of ghost towns & ghost town
chains, I would highly recommend it,   a good primer for what’s to come. But make sure
to come back to this video, after you're done. So activity on the blockchain, can be compared
to two coins, the #1 & #2…bitcoin & ethereum.   There is a reason, they are in those spots, they
are the most active public blockchains, there is   no denying it, and if you say your altcoin
is more active, it’s fake spam transactions. So looking at total transactions on both chains
over time, bitcoin had the lead for a long time,   but that was because ethereum wasn’t
launched, since it’s launch it took just   over 2 years for total transactions to surpass
bitcoin, and Ethereum hasn’t let up since,   holding transactions supremacy over
BTC, and lately that gap is widening.

Checking out the most recent glassnode studio
data, ethereum is about 1.1 million transactions   24 hours, while BTC is about 322 thousand.
Ethereum is about 3 times as active transactions   wise than BTC…Sooo, to check out the fakers, the
chains that are spamming tx’s across their chain   to look active, you just need to go to
blocktivity, and sort by 24 hour transactions,   highest to lowest. As we can see EOS claims to
have over 4.8 million tx’s, tron claims to have   over 3.2 million, hbar claims to have over 1.4
million, IOST on par with ethereum, BSV higher   than bitcoin, with over 864 thousand…i think
you get the picture. No way in hezell, are these   public chains, having organic public interactions
with them, greater than bitcoin or Ethereum. And the best way to tell? A good ole google trends
search, if the public is more interested in eos,   tron or hbar, google trends better show higher
interest right? Well let’s look at Tron vs   Ethereum, since the beginning of the year, as Tron
says it’s 3x more popular than ethereum…well   Google trends, tells us that is a lie.
How about we add on Hbar and IOST,   as they say they are either just as popular,   or right on par with Ethereum.

Google
trends, tells us that is a lie too. So, these are what I like to call, the whale
driven zombie chains. Fake spam transactions,   usually by the people behind the chain,
and large whales…make it look active,   alive…but deep down inside,
it’s dead, little to no users,   no good dapps & all their smart contracts
are just ethereum copy and pasted, solidity. And the proof is in the pudding, they are
all really just going the way of Ethereum.   Evan Van Ness tweeted “When zombiechain
holders realize that their founders have   stopped bothering to pretend…and it’s
a picture of a tweet, saying I mean,   the first project listed on EOS VC is
an Ethereum token, which you can use   to purchase a course to learn Solity. You
can’t be frunking serious Brendan Blumer. So EOS, VC was supposed to
be the venture arm of EOS,   supporting and mentoring projects built
on EOS, but if you go their portfolio,   it’s an academy school token, which using
etherscan, we can confirm, the token   is on Ethereum, and…visiting their site, in
the blockchain developer certification program,   they teach you dapp building with
ethereum’s smart contract language SOLIDITY.

Ya I would be ticked off to, if I
was an EOS holder, which I once was,   although just a tiny smidgen back during
th 2017 hype…damn you dan larimer! But, besides EOS’s own love for ethereum,
these whale driven zombie chains all have   a hard-on for Ether. Why do you think Tron
has a project now called Bridge Oracle,   which first focus is of course a bridge
oracle…I wonder to where? Where all   the action is happening Ethereum.
Unifi protocol is going further,   trying to bridge Ethereum DeFi to
tron but also ontology, and harmony. Literally every blockchain in some form, is
trying to build a bridge back to Ethereum,   zombies & the alive chains alike. Bitcoin is,
XRP is, Binance is, Polkadot is, Cardano is,   EOS is, Tron is, Stellar is, NEO is, and if
your chain isn’t, I would be highly concerned. Now, many of these competitors are
blood sucking vampires. They don’t   want to enhance DeFi, and cooperate with
Ethereum…they want a one way bridge,   where they take it for themselves, for good.

You gotta realize, there are friendly bridges
the crypto ecosystem, meant to be crossed   back and forth at will, open gates & there are
unfriendly bridges, complexity, which makes it   scary to cross & waiting times, where you can’t
cross at will, and have a period of lockup. So, the good “bridges”…well the RENvm,
is proving to be a bridge of choice for   bitcoin to Ethereum & back. As we can see,
the total value minted with the RENVM,   is nearly 325 million in Bitcoin. That’s a
hefty bridge, which as we can see is over 27   thousand BTC. It’s the most valuable
bridge in the space & its a good one, But it does suffer from the limitations
of both ethereum and bitcoin, from this   renbridge and 3box medium post it says
“Transactions on Ren can take about 1 hour,   or more as it’s necessary to
wait for deposits on other chains   to be safely confirmed before mining erc20s on
Ethereum. Nothing really Ren can do about that,   if they want a safe and secure bridge until
base layer bitcoin and ethereum tech is changed. So the RenVM is the most valuable bridge,
and that is because it’s becoming the   defacto bitcoin ethereum bridge, which is a
highly valuable thing….

But it’s not the most   used. The xdai bridge is actually pushing more
transactions through it recently, going to the   xdai block explorer, we can see that chain is
pushing over 75k tx’s per day, those are REAL   transactions, and a good chunk of them consist of
crossing their multiple bridges back and forth.  So what is the xdai bridge and bridges? Ren
is the power of bringing bitcoin to ethereum?   What is xdai? Well it’s the erc20 bridge…why
would ethereum need an ethereum 20 bridge? Well if you haven’t noticed, ethereum is
expensive as fizunk, and xdai brought a stable,   cheap way to enhance erc20 tokens with their
bridges. 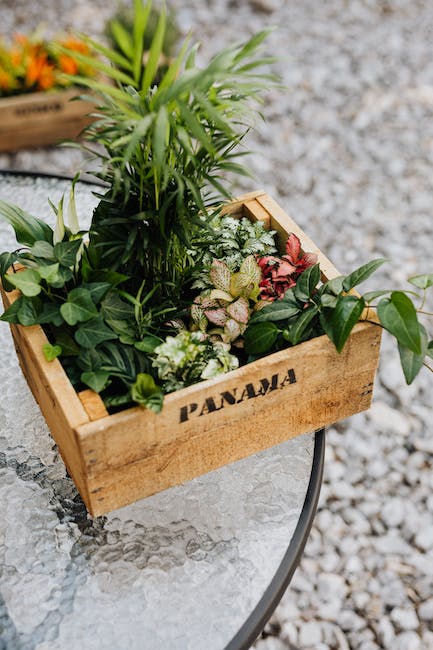 Dai to xdai main bridge, for the stable,   cheap transaction token of the network, xdai &
the omni bridge, which is bringing erc20 tokens   over to use the chain, and it’s stable, cheap
ecosystem of payments, governance, DeFi, & more. Just a couple days ago, Perpetual Protocol
announced they were choosing xdai, for their   scaling solution, moving over to the chain and
they said this about the move Besides xDai,   most candidates we considered had unresolved
issues such as: 1. No ERC-20 Bridge 2.   Not using Solidity 3. Not supported by
Metamask 4. Not ready to use on mainnet So, xdai offers the full package right now,
there are many other bridges attempting to   do the same thing, binance smart chain, which is
a full on nasty vampire, matic, which is close,   but not the full package like xdai, and a
few other, but there use is basically zilch.

Then there is foundation, which is a
new ecommerce model, Unisocks, inspired,   which is building on xdai…there found, Kayvon
on twitter said this about his experience   “L2 as a landscape is a fascinating mix of heavy
bags, wishful thinking, and real progress.Since   launching on xdai we've fielded countless
questions and corrected countless misconceptions.  We're inspired to put pen to paper.

Thought
leadership blog post coming this week. I’m very excited to see what they
have to say, as they have terminal   built for their foundation app, and there
is already over 114 grand in volume, sales,   of unique creator items and it literally isn’t
full live, buying is open fully to the public,   but selling is in a limited test with certain
creators, but soon the flood gates will open. Now, things like foundation, a full fledged
applications, are not on other bridge “sister   chains” like binance or matic, as they are
not ready, and their bridges are not as open.   Eventually, they might be down the road, but as we
know the first mover advantage is huge in crypto.

So, most other bridges you see out there, other
protocols attempting to connect to Ethereum   are not friends of Ethereum…Especially VC
funded, centralized exchange backed. They   want the liquidity and assets on their chain
& it to say there. Now if you didn’t know,   Gnosis recently chose to build on xdai…and
Coindesk put out an article on this. I love what   it had to say, from co-founder Stefan George
under the heading preview of Ethereum 2.0.   It said “All of Gnosis’ products will remain
on Ethereum for anyone that wants to use them   there. George argues that xDai is a good
place for smart contracts to experiment   with lower stakes. In fact, he contends the
whole Ethereum community should use xDai as   a place to experiment.

In a lot of ways,
he believes xDai could also be a preview   of Ethereum after sharding gets deployed and
gas fees go down. In that future, dapps will   need to create an asynchronous logic in order to
communicate with applications on other shards. And Xdai allows this, they are Frens of Ethereum,
not Foe. Vitalik has stated, if you were looking   to test scaling right now, there 3 choices he
would choose are Ropsten & goerli, two ethereum   testnets, all though one of them is POA from
xdai, goerli & xdai, the only live playground,   with real economic consequences.

And xdai
replied to his tweet saying “we are happy   to be a staging network with real economical
value for dapps and ORL. We are committed to   migrate to eth2 as a shard or a state root
snapshot when it's ready. Such migration of   networks with value will be beneficial to
Eth 1.0 to build confidence in the process. So my friends, eventually everything will be
connected to the main central hub of ethereum,   including everything mentioned, but success
is going to come, to those that realize this,   Ethereum will be the integration hub and build
off of that, planning for full connection with   Ethereum 2.0..those that have a thorn in
their side, trying to still compete…get   lost, you will fail…that’s just my
opinion, cheers I’ll see you next time!