Here's an idea. Bitcoins and unusual hats
are changing currency. [THEME MUSIC] In the way the US has the
buck, Brazil has the conto, and Canada has the loonie,
the internet has the bitcoin. The bitcoin is a decentralized
digital peer-to-peer cryptocurrency. It doesn't rely on
any physical note. And it isn't
regulated, controlled, or anythinged, really,
by a central issuing authority, like the Federal
Reserve or Uncle Moneybags. But because no one
is in charge, that doesn't mean you can
just make infinite money. Free money! In order for a currency to
have value, it has to be scarce. You can only print, mine,
or mint a certain amount. Bitcoins are generated
by networked computers solving complex
cryptographic puzzles. It's sort of like you're
asking your computer to solve a Rubik's Cube
with a side for every color of the visual spectrum. This hard work makes bitcoins
and maintains not only scarcity, but market stability. I know, it's pretty cray, and a
little hard to explain quickly. So if you want to
know more, we'll put some links in the
place where links go. Now, state currencies,
even Loonies, can be exchanged for
bitcoins and back again, making it fully convertible.

So you can spend your bitcoins
on all kinds of stuff. I mean, mostly internet
stuff, like hosting and backup services, but also
candy and cupcakes. Who doesn't love cupcakes? And you can do this
even though they're just ones and zeroes
generated by a computer on a network somewhere. Bitcoins are traded
by people who have all agreed that they have a value. And so– ta-dah! They do. Which actually makes
them a lot like hats. Well, sort of. Bear with me for a second. About two years ago,
an analyst estimated that Valve's online first-person
shooter "Team Fortress 2" was worth about $22 million, not
in revenue, not in terms of IP, but in hats. Digital tradable hats. You see, in 2009, Valve
introduced one hat for each of the "TF2" player classes. You know, spruce up your
character, give him some style. But since then, they've
introduced over 250 more hat types, ranging from pretty
mundane hat-type hats to some really weird–
and more importantly, rare– digital headgear. The rarest of the rare head
gear is called as unusual, and as is normally the case
with rare and unusual things, people want them.

A lot. And so where do they get them? Good question. They get them from crates. Crates can only be
opened if you have a key, a key which you have to–
ready?– pay real money for. So about 1% of the time you
use your it-costs-money key to open your crate, you
will get an unusual hat. Now, if it wasn't already
interesting and complicated, here's where it gets really
interesting and complicated. Hey, hey, hey, hey! What is going on here? Players can trade hats, and all
other items, for that matter. But we're talking about
rare and valuable hats which no one's going to
want to just give away. It's gonna cost you. Trades are paid for with PayPal
and sometimes even Bitcoin, but many trades are paid for
with an in-game material called refined metal.

Remember those crates? The other 99% of
the time that there isn't an unusual hat in there,
you get weapons, or a sandwich, or socks. This stuff can be
scrapped and combined to create refined metal. But remember, you paid
money to open your crate. This gives refined
metal a value. And because it's tradable
between players in game, it becomes a peer-to-peer
digital currency for buying hats. $22 million worth of hats. Yeah, I found this
backstage, a oversized hat. Funny. The really great
part, though, is that the source of
that value, the crates, are dropped at a rate
determined by the amount of time a player is in game. Sounds a little
familiar, doesn't it? Add to this the fact that
items, much like bitcoins, can be tracked and timestamped,
and that while they are generated by
a central network, they are effectively traded
freely between players, and we've maybe made the case
for a second hugely successful alternate digital currency. Now this whole thing
really indicates some mind-blowing
stuff about money. Let's not mince words. Bitcoins and refined
metal, and, I'm sorry, hats, no matter how
unusual, are worthless.

Don't get me wrong. The dollar and the
euro and the yen might also be worthless, in that
they have no intrinsic value, like gold. But they are the fuel
for global exchanges and markets and economies with
widely traded and accepted physical manifestations. No one will refuse a
dollar because it's "not worth anything." But really, weirdly, it's not. This is just some
cloth with ink on it. And debit cards and credit cards
are just further abstractions. The gold standard was
abandoned long ago, replaced by an artificial
scarcity maintained by some very smart people
in some very tall buildings somewhere important. 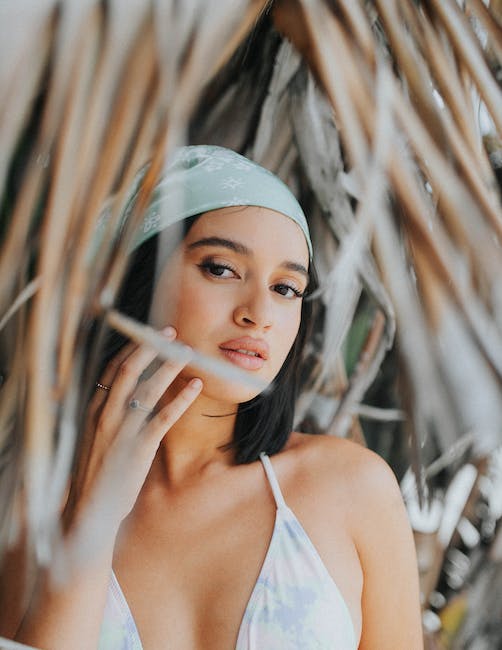 But we have this weird ingrained
cultural make-believe time where we all pretend that
this thing has some value. Which it does, but it's because
we pretend, not because it has any intrinsic value. Dollars are one
kind of worthless. Bitcoins and refined metal are
a different kind of worthless. They're like baseball
cards, or the stuff that they find on
"Storage Wars." They can only be
converted into lunch money after finding someone who
agrees, yes, the Blizzardy Stately Steel Toe is worth $30. But that doesn't change
the fact that two years ago, the equivalent
of 60% of Tuvalu's GDP was wrapped up in America's
number one war-themed hat simulator, and that Bitcoin
is the world's most popular alternative currency, worth over
$200 million US and growing.

But you're right. No one is going to be buying
dinner or a car with hats, or even bitcoins, for that
matter, any time soon. But these currencies,
especially bitcoins, prove something,
both about the growth of Internet Culture
with a capital C. I mean, if Tuvalu gets a
currency, why not the internet? And also about our
willingness to take matters into our own hands. The DIY mentality has
gone from desks and cars to computers, biology,
chemistry, and now currency. If our currency and
our credit system is already ones and zeroes, but
unreliable and confusing ones and zeroes after years
of tinkering and turmoil, why not design a new currency
with all of the benefits but none of the baggage? And yeah, maybe this is just
a flash-in-the-pan reaction to the global economic sad
party and a growing distrust of government bodies to
maintain a stable currency.

But even if it is,
it seems to work. And as Daniel Webster said,
"A disorganized currency is one of the greatest
political evils." Which means maybe this sound– [CREAKING HINGES] Is the sound of
orderly progress. What do you guys think? Do alternative currencies
have real world worth? Or should they just
stay in video games? Let us know in the comments. And if you subscribe, I
might send you a Sandvich. More good news, everyone. Comments. Let's see what you had
to say about "Futurama" and transhumanism. So first and foremost,
SuperheroEnthusiast, That One Guy Named X, and a
bunch of other people pointed out that
throughout the episode, we sort of conflated
abolitionism and transhumanism, and we should have made
it a lot clearer that not all transhumanists
are abolitionists, and not all abolitionists
are transhumanists, and that like any
label or belief system, there are people within
those groups that differ from each other. So thank you for correcting us. Thanks for letting us know. To hejcoze, no joke, I have
been saving bottle caps for the nuclear post-apocalypse.

So I think we're
on the same page. SonofSetholtae Dalton Loney,
and a couple other people point out that you can't really
discount parts of transhumanism for messing with human
nature, because human nature is such a weird fluid
concept anyways, and that if we are evolving,
the thing that we turn into might be so different
that human nature isn't even really a thing anymore. Ethan Quinn makes the
really solid point that not all ambition is
towards the goal of being happy, and that the netural
planet itself, even as neutral as they are,
still has goals and ambitions. Kyle Munkittrick points out that
"Futurama" and transhumanism are not mutually exclusive, and
that "Futurama" actually paints a picture that most
transhumanists would be totally on-board with.

In response to WCPointy60's
response to jayne deis, this, I think, is a
really interesting thing. Because like if I have
a headache, I'm in pain. And then if I don't
have a headache anymore, I'm not experiencing pleasure. I'm just in not-pain. So pain and pleasure
or pain and joy are not necessarily
opposites, in that sense. But the way we think
about pain and pleasure, our emotional experience of
it is usually we want pleasure and we do not want pain,
and so in some sense, they are opposites
of one another. And maybe what
we're running into is a kind of cognitive
difficulty related to not being able to describe
those feelings appropriately. Elaine Scarry
actually wrote a book about this called
"The Body in Pain." It's about this
whole phenomenon, and it's really good. You should check it out. To ILIKECEREALX, I have not
yet evolved past the point of having human emotions. So yes, it most certainly did. [THEME MUSIC] .