Welcome to whiteboard programming and today,
I'll be sharing with you an easy to understand meaning of all major cryptocurrencies in about
2-3 sentences, but do keep in mind that this just an intro video to help you get some idea
on what a crypto means and not a detailed explanation… so without any delay, let's
get started! 1. Bitcoin (BTC): it is the original cryptocurrency.
and according to the creator Satoshi Nakamoto was created to allow “online payments to
be sent directly from one party to another without involving a financial institution
in the process.” 2. Ethereum (ETH): Now, ethereum is the wonder child
of crypto, acts as an infrastructure for most decentralized applications and also, it introduces
smart contracts, which are like programs with specific procedures that, once deployed, cannot
be change.

3. Tether (USDT): a centralized stablecoin tied
to the dollar. 4. Polkadot (DOT): its an open-source protocol aimed
at connecting all different blockchains and allowing them to work together, which promotes
transfers of any data. 5. Cardano (ADA): Another blockchain trying to
improve scalability, interoperability, and sustainability of cryptocurrencies. And those who hold the cryptocurrency have the
right to vote on any proposed changes in the software. 6. Ripple (XRP): Its a centralized coin built
purely for efficient payments and is open-source, and permissionless. While Bitcoin transaction confirmations may
take many minutes with high transaction costs, ripple transactions are confirmed within 3-5
seconds with considerably little cost… but unfortunately, most people don’t see a future
for it after Securities and Exchange Commission (SEC) went after it. 7. Binance Coin (BNB): its a coin associated
with the Binance exchange, and gains its value by its centralized exchange as its most popular
in the market. 8. Litecoin (LTC): its regarded as silver of
crypto… and Bitcoin’s cousin, with faster transactions and lower fees. 9. Chainlink (LINK): the main idea here is to
LINK smart contracts with real-world data, and verifying that this data is correct.

10. Dogecoin (DOGE): started as a joke in 2013. It is a meme currency in crypto family, designed
to serve no real purpose other than generating a few laughs. 11. Bitcoin Cash (BCH): fork of Bitcoin (& so
is a copy with some differences), which tries to lower transaction fees and increase scalability
but has been surpassed technology-wise by many other coins aiming to do just the same. 12. Stellar (XLM): talking about currencies, stellar
is one of the coins which aims at makes it easy to create, send, and trade digital representations
of all forms of money—dollars, pesos, bitcoin, pretty much anything, with fast processing
times and low fees. 13. USD Coin (USDC): its another centralized stablecoin
tied to the dollar, just like USDT. 14. Aave (AAVE): its where you take a bank and
make it decentralized, and here the liquidity comes from the users, so users can borrow
and lend a wide variety of digital assets, from stablecoins to altcoins. 15. Uniswap (UNI): Another DeFi like Aave, but
this time it’s an exchange like Binance, just decentralized. 16. Wrapped Bitcoin (WBTC): It’s basically just
bitcoin wrapped in ethereum to be used in DeFi applications.

17. Bitcoin SV (BSV): It is a fork of Bitcoin
Cash (which inturn is a fork of Bitcoin). Once again, the reason behind this is to “stay
true to Satoshi's vision,” and try to improve scalability and stability. 18. EOS (EOS): another blockchain aimed at being
highly scalable for commercial use. It aims to make it as straightforward as possible
for programmers to embrace blockchain technology. 19. Elrond (EGLD): Blockchain architecture focused
on scalability and high throughput, and is aimed at achieving this by partitioning the
chain state and an improved Proof of Stake mechanism. 20. TRON (TRX): it aims to build a free, global
digital content entertainment system with distributed storage technology.

21. Cosmos (ATOM): a staking coin that is mainly
used for governance, its where several independent blockchains trying to create an “internet
of blockchains.” 22. NEM (XEM): instead of controlling just money,
you can manage stock ownership, contracts, medical records, and stuff like that. 23. Monero (XMR): Monero’s goal is simple: to
allow transactions to take place privately and with anonymity. Even though BTC’s commonly thought can conceal
a person’s identity, it’s often easy to trace payments back to their source because
blockchains are transparent. On the other hand, XMR is designed to obscure
senders and recipients alike through advanced cryptography. Obviously, this made this coin the go-to on
the dark web. 24. THETA (THETA): decentralized video delivery
network (peer-to-peer streaming). The token performs various governance tasks
within the network. 25. Tezos (XTZ): another blockchain for smart
contracts, but more eco-friendly and overall trying to encompass various advancements introduced
by different blockchains in a single protocol. 26. Terra (LUNA): aiming to support a global payment
network, it tries to create a decentralized stablecoin with an elastic money supply, enabled
by stable mining incentives.

Its related stablecoin is TerraUSD. 27. Maker (MKR): It is a token that allows you
to receive dividends and vote in governing the system. 28. Synthetix (SNX): protocol on the ethereum
blockchain aiming to allow trading of derivatives (shorting or going long on a specific asset). 29. Avalanche (AVAX): an open-source platform
aiming to become a global asset exchange. Anyone can launch any form of asset and control
it in a decentralized way with smart contracts. It claims to be lightweight, with high throughput,
and scalable. 30. VeChain (VET): a blockchain focusing on business
use-cases more than on technology, bringing this technology to the masses without them
even knowing they’re using it. 31. Compound (COMP): It’s the Bitcoin of DeFi. It was the first-mover, and without him, many
other projects wouldn’t be around today.

32. IOTA (MIOTA): open-source, decentralized cryptocurrency
engineered for the Internet of Things, with zero transaction fees and high scalability
since it uses a blockless blockchain where users and verifiers of transactions are the
same (it may sound wrong, but it’s actually a genius concept, impossible to sum up in
a single sentence). 33. Neo (NEO): Blockchain application platform
and cryptocurrency for digitized identities and assets, aiming to create an innovative
economy. It was one of the coins that suffered most
after the 2018 bull run. 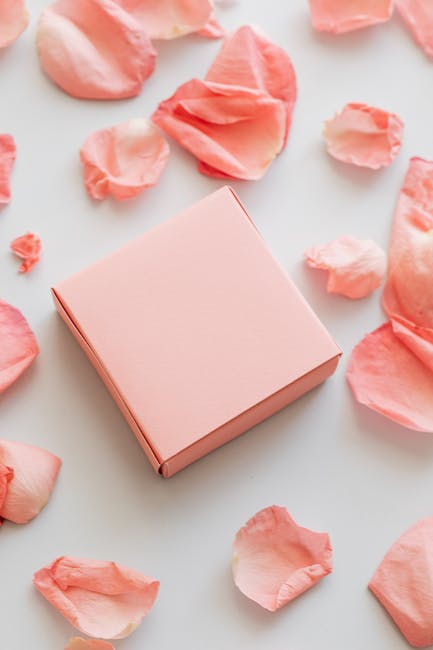 34. Solana (SOL): another blockchain aimed at
providing super-high-speed transactions. It claims to process 50k transactions per
second and be perfect for deploying scalable crypto applications. 35. Dai (DAI): the decentralized stablecoin of
MakerDAO, tied to the dollar. 36. Huobi Token (HT): it’s the official token
of Huobi (a centralized exchange), providing advantages similar to BNB (Binance’s), for
example, fees discounts. 37. SushiSwap (SUSHI): a clone of UniSwap (so
a decentralized exchange), where there’s a token (SUSHI) given as an additional reward
for liquidity providers and farmers.

38. Binance USD (BUSD): Stablecoin issued by Binance,
tied to USD. 39. FTX Token (FTT): It’s a token related to
FTX, a platform allowing you to trade leveraged tokens based on the Ethereum blockchain. The permit allows for lower fees and socialized
gains. 40. Crypto.com Coin (CRO): the token of Crypto.com
public blockchain that tries to enable transactions worldwide between people and businesses. 41. Filecoin (FIL): a decentralized storage system
trying to decentralize cloud storage services. 42. UMA (UMA): it builds open-source infrastructure
to create synthetic tokens on the Ethereum blockchain. 43. UNUS SED LEO (LEO): another token, this time
related to the iFinex ecosystem, allows you to save money on trading fees in Bitfinex. 44. BitTorrent (BTT): BitTorrent is a famous peer-to-peer
file sharing platform. It is trying to get more decentralized by
introducing its token, which grants you some benefits such as increased download speeds. 45. Celsius (CEL): Celsius is one of the first
banking platforms for cryptocurrency users, where you can earn interest, borrow cash and
make payments/transfers.

The CEL token grants you some benefits, such
as increased payouts. 46. Algorand (ALGO): Algorand is a blockchain
network aiming to improve scalability and security. ALGO is the native cryptocurrency of the web,
used for a borderless economy and security in the blockchain. 47. Dash (DASH): It is a fork of Litecoin launched
in 2014, focused on improving the transaction times of the blockchain and become a cheap,
decentralized payments network. 48. Decred (DCR): it is a blockchain-based cryptocurrency
aimed at facilitating open governance and community interaction. It achieves this by avoiding monopoly over
voting status in the project itself, giving to all DCR holders the same amount of decision-making
power. 49. The Graph (GRT): Trying to become the decentralized
Google, it is an indexing protocol for querying networks like Ethereum. It allows everyone to publish open APIs that
applications can query to retrieve blockchain data. 50. yearn.finance (YFI): part of the DeFi ecosystem,
it is an aggregator that tries to simplify the DeFi space for investors, automatically
maximizing the profits from yield farming. 51. Basic Attention Token (BAT): BAT is a blockchain-based
system for tracking media consumers' time and attention on websites using the Brave
web browser.

It is built on Ethereum, & its goal is to
efficiently distribute advertising money between advertisers, publishers, and readers of online
marketing content and ads. 52. Zilliqa (ZIL): It is a public, permissionless
blockchain that is designed to offer high throughput with the ability to complete thousands
of transactions per second. It seeks to solve the issue of blockchain
scalability and speed by employing sharding as a second-layer scaling solution. 53. Siacoin: Siacoin (SC) is the native utility
token of Sia, a blockchain-based distributed, decentralized cloud storage platform. Sia acts as a secure, trustless marketplace
for cloud storage in which users can lease access to their unused storage space. 54. Decentraland (MANA): Decentraland (MANA) is
an Ethereum token that powers the Decentraland virtual reality platform. MANA can be used to pay for virtual plots
of land in Decentraland as well as in-world goods and services. 55. Ravencoin (RVN): Built on a fork of the Bitcoin
code, Ravencoin is a digital peer-to-peer (P2P) network that aims to efficiently handle
one specific function: the transfer of assets from one party to another. 56. Bitcoin Private (BTCP): made from bitcoin
and Zclassic hard fork, it aims to combine the inherent privacy-rich features of the
Zclassic cryptocurrency with the flexibility, security, and popularity of Bitcoin.

57. Holo (HOT): Holo is a peer-to-peer distributed
platform for hosting decentralized applications built using Holochain, which is nothing but
a framework for developing DApps that does not require the use of blockchain technology. It is still in development and is expected
to launch for open alpha and beta testing by 2022. 58. Verge (XVG): It is a privacy-focused cryptocurrency
and blockchain that seeks to offer a fast, efficient, decentralized payments network
that improves upon the original Bitcoin (BTC) blockchain.

It ensures anonymity through the use of multiple
anonymity-centric networks such as TOR and I2P. 59. OmiseGO (OMG): is a non-custodial Ethereum-based
platform that aims to solve the scalability problem of Ethereum blockchain and uses a
protocol called Plasma to scale up Ethereum transactions. 60. DigiByte (DGB): it is an open source blockchain
and asset creation platform, which uses 5 different proof of work consensus algorithms
in an effort to prevent mining centralization. 61. Ethereum Classic (ETC): it was formed—as
a result of a hack of the network—and hence, the original Ethereum blockchain was split
in two with Ethereum Classic being the original and Ethereum being the newer blockchain. Lastly, Do note that this list is based on
my understanding of the subject and you obviously shouldn’t make any buying decisions purely
based on this list… I always recommend to first conduct your thorough
research before investing money anywhere. With that, I hope this video was helpful to
you and served value… If you love my content, feel free to smash
that like button and if you haven't already subscribed to the channel, please do as it
keeps me motivated and helps me create more content like this for you!