hello everyone.   before moving on to the video we ask you to
support us and subscribe to our channel please.  I tried summing up the top 50 coins in 1 or 2
sentences. It is not perfect, and you obviously   shouldn’t make any decision based on this
list. Still, hopefully, it will help newcomers   find some projects they’re interested in and
understanding a little bit better this technology.  If something is wrong or misleading, feel free
to comment, and I’ll edit the post. Obviously,   in 2 sentences is hard to describe the
whole project idea, but I tried my best.  1. Bitcoin (BTC): the original. According to
the creator (or creators?) Satoshi Nakamoto   was created to allow “online payments to
be sent directly from one party to another   without going through a financial institution.”
2. Ethereum (ETH): Ethereum is the wonder child   of crypto, acts as an infrastructure for most
decentralized applications. Introduces smart   contracts, which are like programs with specific
procedures that, once deployed, no one can change.  3. Tether (USDT): a centralized stablecoin tied to
the dollar (so Elon, please don’t try to pump it)  4.

Polkadot (DOT): open-source protocol aimed
at connecting all different blockchains and   allowing them to work together,
allowing transfers of any data.  5. Cardano (ADA): Another blockchain
trying to improve scalability,   interoperability, and sustainability
of cryptocurrencies. Those who hold   the cryptocurrency have the right to vote
on any proposed changes in the software.  6. Ripple (XRP): centralized coin, most people
don’t see a future for it after SEC went after it.  7. Binance Coin (BNB): coin
associated with the Binance exchange,   so valuable since it is the most
popular centralized exchange.  8. Litecoin (LTC): Bitcoin’s cousin,
with faster transactions and lower fees.  9. Chainlink (LINK): the main idea is to
LINK smart contracts with real-world data,   verifying that this data is correct.
10. Dogecoin (DOGE): Wow, such high ranking!   (Okay, now please let’s get
Stellar back in the top 10).  11.

Bitcoin Cash (BCH): fork of Bitcoin
(so a copy with some differences),   which tries to lower transaction
fees and increase scalability but   has been surpassed technology-wise by many
other coins aiming to do just the same.  12. Stellar (XLM): talking about currencies,
XLM is one of the coins aiming to do just that,   with fast processing times and low fees. It has
also already become a stablecoin! (I’m kidding).  13. USD Coin (USDC): another centralized
stablecoin tied to the dollar, like USDT.  14. Aave (AAVE): take a bank
and make it decentralized,   where the liquidity comes from the users, and
they earn fees from borrows. This is Aave.  15. Uniswap (UNI): Another DeFi like Aave,   but this time it’s an exchange
like Binance, just decentralized.  16. Wrapped Bitcoin (WBTC):
It’s just bitcoin wrapped in   ethereum to be used in DeFi applications.
17.

Bitcoin SV (BSV)\: Bitcoin Scam Variant  18. EOS (EOS): another blockchain aimed at
being highly scalable for commercial use.   It aims to make it as straightforward as possible
for programmers to embrace blockchain technology.  19. Elrond (EGLD): Blockchain architecture
focused on scalability and high throughput,   achieving this by partitioning the chain
state and an improved Proof of Stake mechanism  20. TRON (TRX): have you seen Silicon Valley
when they try to create a decentralized internet?   Yeah, Tron’s founder is Richard Hendricks. It
is also one of the most popular blockchain to   build decentralized applications on.
21. Cosmos (ATOM): several independent   blockchains trying to create
an “internet of blockchains.”  22. NEM (XEM): instead of controlling just
money, you can manage stock ownership,   contracts, medical records, and stuff like that
23.

Monero (XMR)\: XMR is designed to obscure   senders and recipients alike
through advanced cryptography. 24. THETA (THETA): decentralized
video delivery network   (peer-to-peer streaming). The token performs
various governance tasks within the network.  25.Tezos (XTZ): another
blockchain for smart contracts,   but more eco-friendly and overall trying to
encompass various advancements introduced by   different blockchains in a single protocol.
26. Terra (LUNA): aiming to support a global   payment network, it tries to create
a decentralized stablecoin with an   elastic money supply, enabled by stable mining
incentives. Its related stablecoin is TerraUSD  27. Maker (MKR): MakerDAO is the organization
behind DAI, one of the most famous stablecoins.   MKR is a token that allows you to receive
dividends and vote in governing the system.  28. Synthetix (SNX): protocol on the ethereum
blockchain aiming to allow trading of derivatives   (shorting or going long on a specific asset).  29. 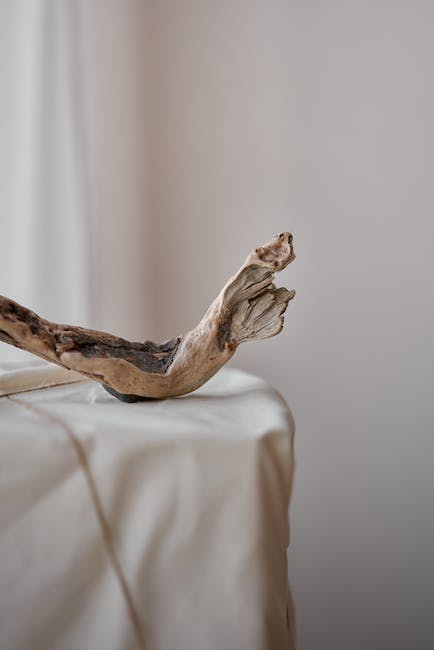 Avalanche (AVAX): an open-source platform
aiming to become a global asset exchange.   Anyone can launch any form of asset and control
it in a decentralized way with smart contracts.   It claims to be lightweight, with
high throughput, and scalable.  30. VeChain (VET): a blockchain focusing on
business use-cases more than on technology,   bringing this technology to the masses
without them even knowing they’re using it.  31. Compound (COMP): It’s the Bitcoin of
DeFi. It was the first-mover, and without him,   many other projects wouldn’t be around today.
32.

IOTA (MIOTA): open-source, decentralized   cryptocurrency engineered
for the Internet of Things,   with zero transaction fees and high scalability
since it uses a blockless blockchain where users   and verifiers of transactions are the same (it may
sound wrong, but it’s actually a genius concept,   impossible to sum up in a single sentence).
33. Neo (NEO): Blockchain application platform   and cryptocurrency for digitized identities and
assets, aiming to create an innovative economy.   It was one of the coins that suffered
most after the 2018 bull run.  34. Solana (SOL): another blockchain aimed
at providing super-high-speed transactions.   It claims to process 50k transactions per second   and be perfect for deploying
scalable crypto applications.  35.

Dai (DAI): the decentralized
stablecoin of MakerDAO, tied to the dollar.  36. Huobi Token (HT): it’s the official
token of Huobi (a centralized exchange),   providing advantages similar to BNB
(Binance’s), for example, fees discounts.  37. SushiSwap (SUSHI): a clone of UniSwap (so a
decentralized exchange), where there’s a token   (SUSHI) given as an additional reward
for liquidity providers and farmers.  38. Binance USD (BUSD): Stablecoin
issued by Binance, tied to USD.  39. FTX Token (FTT): It’s a token related to FTX,
a platform allowing you to trade leveraged tokens   based on the Ethereum blockchain. The permit
allows for lower fees and socialized gains.  40. Crypto.com Coin (CRO): the token of
Crypto.com public blockchain that tries   to enable transactions worldwide
between people and businesses.  41. Filecoin (FIL): a decentralized storage system
trying to decentralize cloud storage services.  42. UMA (UMA): it builds open-source
infrastructure to create synthetic   tokens on the Ethereum blockchain
43. UNUS SED LEO (LEO): another token,   this time related to the iFinex ecosystem, allows
you to save money on trading fees in Bitfinex.  44. BitTorrent (BTT): BitTorrent is a
famous peer-to-peer file sharing platform.   It is trying to get more decentralized by
introducing its token, which grants you   some benefits such as increased download speeds.
45.

Celsius (CEL): Celsius is one of the first   banking platforms for cryptocurrency users,
where you can earn interest, borrow cash and   make payments transfers. The CEL token grants
you some benefits, such as increased payouts.  46. Algorand (ALGO): Algorand
is a blockchain network aiming   to improve scalability and security. ALGO
is the native cryptocurrency of the web,   used for a borderless economy
and security in the blockchain.  47. Dash (DASH): It is a fork of Litecoin
launched in 2014, focused on improving the   transaction times of the blockchain and become
a cheap, decentralized payments network.  48.Decred (DCR): it is a blockchain-based
cryptocurrency aimed at facilitating open   governance and community interaction. It achieves
this by avoiding monopoly over voting status in   the project itself, giving to all DCR holders
the same amount of decision-making power.  49. The Graph (GRT): Trying to become the
decentralized Google, it is an indexing protocol   for querying networks like Ethereum. It allows
everyone to publish open APIs that applications   can query to retrieve blockchain data.
50.

yearn.finance (YFI): part of the DeFi   ecosystem, it is an aggregator that tries
to simplify the DeFi space for investors,   automatically maximizing the
profits from yield farming.  Subscribe to our channel and open
notifications to learn more about gold,   dollar, Euro, commodities, bitcoin, altcoin,
cryptocurrencies and other investment tools..

SHOCKING! MARK CUBAN JUST REVEALED THIS ABOUT VECHAIN & WHY VET WILL REACH $5.00

What Mass Media Gets Wrong About Cryptocurrency: Blockchain Beyond Bitcoin (w/ Ash Benington)