In this video, I will show you how to fix a water heater yourself. Or, in simple terms, a boiler. In my case, this is a 100 liter vertical water heater. As soon as a pressure of 2 or more bar is accumulated in the tank, it starts to flow from the lower plastic cap. In order to find out where the leak came from, first of all, you need to turn off the water heater from the network, drain the water, remove the plastic cover and then study. Upon examination, it turned out that it was leaking through the wires of the temperature sensors, which are located in one of the tens. I unscrewed the shades and made sure that they were free of scale and magnesium anodes. This suggests that either the magnesium anodes worked perfectly and collapsed, thereby preserving the tank and tena, or it suggests that, in principle, there were no magnesium anodes, and the water there turned out to be quite soft. But if we talk about the shadows themselves, then they opened up.

Or, in simple terms, they collapsed. A similar problem with this particular water heater occurred after 4 years of operation. I took from the pocket of my linen shirt 2 brand new tena with magnesium anodes, with 2 silicone pads for each ten. I inserted it into the tank, which did not require flushing, because inside was clean. He twisted it all with the old bolts, which were used to fasten the old shades. There, in fact, everything is simple. And when you disassemble, you will see everything. You will not need additional instructions for removing the shadows. I screwed on this plastic cover. I put blue and red plugs around the pipes. Screwed on a new safety valve. I hung it on the standard mounts. Filled with water. Included. But he didn't turn on. I had to turn it off again. Drain the water. Remove it from the mount – from the wall. Remove the plastic cover. Arm yourself with a multimeter. Turn on the dialing mode and start ringing all the circuits.

If approximately the same happened in your case, then you just need to open this cover if you do not have direct access to the thermostat. Press the black pimp on the thermostat – the button. If after that the water source starts working, then the point is in it. it will most likely continue to work. In my case, the thermostat didn't work. You press it, and there is no result. What did I do then? I disassembled this thermostat. I cleaned the contacts with a file. Plugged it in. The water heater turns on. Perfectly. I put it back together. Put on a safety valve. I put a plastic cover on. hung it on the wall. Filled with water. Included. Zero emotion. It didn’t work, and it doesn’t work. I think, but what kind of jambs are they? I armed myself with a multimeter, turned on the voltage meter mode and made sure that the right amount of Volts goes where we would like.

In other words, either phase 0 goes directly to the shadows. And the second wire 0 or phase is opened through the power board. There are 2 black reels. Upon visual inspection, it turned out that the transistor – voltage rectifier – is intact. External capacitors are not swollen. The transformer coils (yellow) are not burned. And the control panel of the boiler is not alto at all. Kapets, I think. So I have flooded the water management board. And the cost of this board is about 2,000 rubles. So, so that you do not pour this board when you turn over the boiler, I recommend doing a little differently. First, you need to turn off everything from the network. Drain the water. Unscrew the safety valve. Remove the plastic cover and only then remove and turn over the boiler. After you remove the plastic cover, you will see that a gray flat loop of wiring leaves the boiler body. So in this hole, where a lot of wire wiring goes, it is better to push something so that water does not get there. Because in my case, the water is glass down this plume to the screen.

As a result, I thought that in this way the control board closed. I decided to see what's going on with this control board. In order to get to it, you need to peel off the decorative sticker. It is held in place with double-sided adhesive tape. If you carefully remove it, then it is on this tape that you can stick it back. After when it has been peeled off, unscrew the required number of screws. 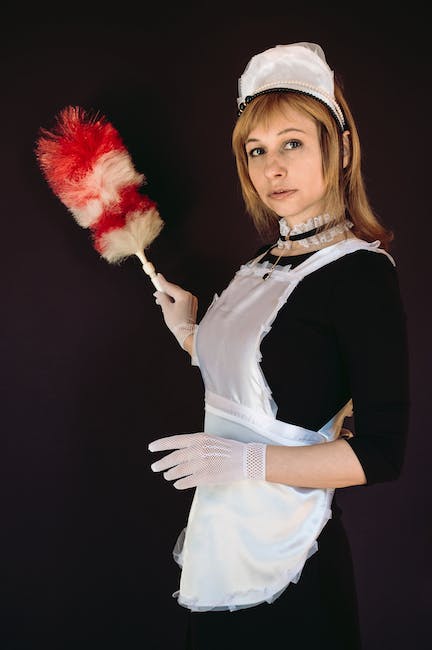 You can see them all. You have a view of this board. There is nothing complicated there. Just a board with electronic components. Upon visual examination, it turned out that everything was in order with her, too. I saw raids on several contacts. I also cleaned them, just in case. And I realized that there is nothing more to watch. I'm not such a serious electronics engineer to figure out what happened to this microcircuit. The next step I decided to check the performance of the transformer. A transformer is such a yellow little thing that is located with 2 little black boxes on one power board.

This transformer provides the required 5.11 volts to power the control board. The board I just removed. I unscrewed this power board. I took it with a tension meter and poked it into the right contacts. As it turned out, this coil gives out this number of Volts. How many volts do you need? Look at your coil. there should be written how much it should give out. If this coil does not produce as much as it should, then in this case you will have to turn off the water heater from the outlet. Solder this coil and see the state of the thermal fuse. A thermal fuse is located between the board and the coil itself. It will have to be evaporated anyway. And here you will have to carefully cut the electrical tape – the insulating layer, and look at the square black thing, which is a thermal fuse. A thermal fuse is needed so that if something goes wrong and the coil itself starts heating, then the thermal fuse will burn out first. You can remove this thermal fuse and short-circuit it, solder it with 2 wires, or twist the same mustache of the thermal fuse and solder it back into the board.

Connect to the network. If the water heater turns on, then the problem was in the thermal fuse. In this case, you can leave it soldered like this. If something like this happens, as a result of which the thermal fuse has burned out, then the coil itself will burn out in the next step. The cost of the fuse is about 300 rubles. But if you buy it in radio components, then the fuse will cost about 20 rubles. Roughly speaking, it can be temporarily connected and you can safely use the boiler while you go to the store. It will most likely take some time if you are in a village. Maybe some month. If, in your case, the transformer burns out – the coil. Then it can be changed. It costs 700 rubles. Or the entire control board. the control board costs from 2000 rubles. In addition, I cleaned all the oxidized contacts on the power board, just in case. After that, I screwed everything back. Collected. Included. But he didn't turn on.

You know such a vile piuuuuuuuu. As if he was given a current and taken away. He's on his last legs. I turned on and on … And I didn't turn on. What to do? I didn't know what to do anymore. Visually, the whole is whole. I've already cleaned everything up. Everything is fine. He began to poke the wires in places. I swapped it and it's such a peak … I turned on. I stand and think, how is that? Either the contact was bad somewhere or it matters where the +/- are put. 0 and phase on ten. I thought that ten is like an incandescent light bulb, it doesn't matter where you put it plus where the minus goes. It works anyway. It seems to me the same with ten. Why it worked here, I don't know either. Perhaps it all worked together. Cleaning oxidized contacts. on the control board and on the power board. And additionally there was some bad contact on one of the tens.

During this entire operation, it was also revealed that the thermostat that turns off the boiler – safety thermostat, it does not work. At least the work was not done in vain, because the entire repair of this water heater cost 3,500 rubles. If you buy a new such water heater, then the cost of this device is approximately 20,000 rubles. These 3500 include 2 ten. 1300 watts and 700 watts. 2 magnesium anodes. 2 new gaskets and thermostat. So feel free to renovate. Fortunately, there are unlimited spare parts for these water heaters. I hope this video was useful to you. Artyom was with you. Bye. And here's another thing. if you are interested in how the repair process itself took place, then the link is in the description of the video or here in the tips..